Here’s a look at the home of Esmond Wee and family and how they’ve carved out communal spaces within the confines of a downtown apartment. 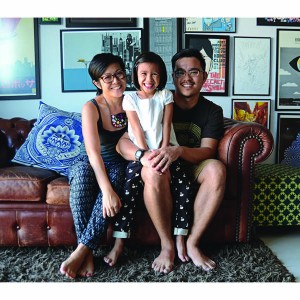 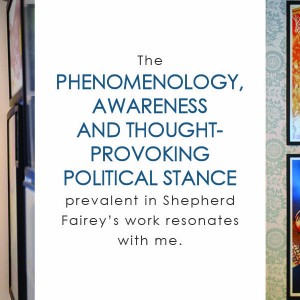 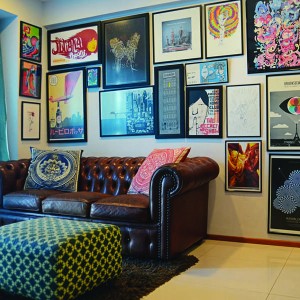 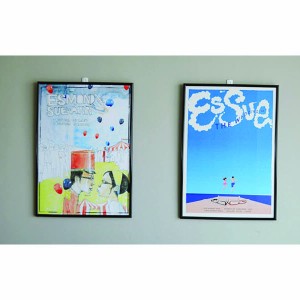 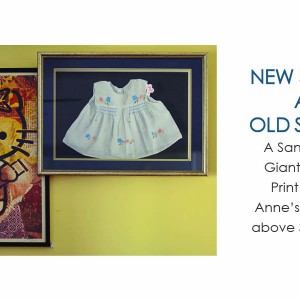 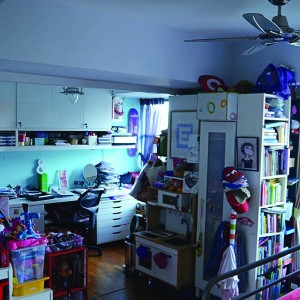 Space cadets
For a family of four, the Wees don’t have the luxury of space. Instead of whinging or whining, the Wees took things into their hands, knocking down walls and putting glass where walls once stood to create the feeling of space. Esmond said, “Given how our HDBs have shrunk compared to those in the ’80s and ’90s, and with two growing kids, we just try to create as much space as possible. If you don’t physically have it, you can still feel like you do, right?”

Two become one
A highlight of a visit to the Wee family home is not just the presence of said kids, Skyler and Eli bouncing off the walls, but the fact that their parents have made the cool, practically-irreversible decision to knock down the walls between two rooms, creating a huge combined room in which all sorts of playful sibling-ly shenanigans can go down.

Prints charming
Of course there’s the living room and the wall – we’re talking about the feature wall on which prints and art pieces collected over the years are hung. The piece de resistance of the home is a patchwork of good times and good friends Esmond has had over the years. Worthy mentions: A piece by Kristal Melson, whom Esmond dubs “one of the best local illustrators…and a good friend” and some rock-concert posters by Seattle–based studio Invisible Creature, some prints by Steve Fawley (“another friend from California”), and of course Shepard Fairey/Obey who is easily one of Esmond’s favorite artists of all time, making it what he calls a “nice work ‘hazard”. His favorites though? “Where I Want to Leave” by Derek Hess and another signed lithograph of Jimmy Eat World’s Bleed American album.

All a stone’s throw
Living in the heart of Tanjong Pagar right, that’s something else. Esmond said, “We’re really blessed to be living here. Its super convenient, we’re within close distance to the East, West and Orchard, we can walk to church… The amenities are all within walking distance. I love the mix of new and old that’s right in your face, though I feel there needs to be more effort in conserving the heritage here.” The family’s favorite haunts are The Plain on Craig Road and Nylon Coffee at Everton Park for good coffee and Kok Sen Eating House at Keong Saik Road for good food.

Home: WIP
Despite having made a comfortable nest of their apartment over the last four years, Esmond is not done. He said, “I like shifting things around and creating something new every now and then. Our kids are also growing so soon enough my daughter will need some privacy – which means we might need to reinstate a wall…hopefully not if we can be creative about it. We might look into selling off some of our old collectibles like comics and craft stuff to make way for space and storage.”

Got an Urban Dwelling you think we should feature? Drop us a note at editorial@straatosphere.com