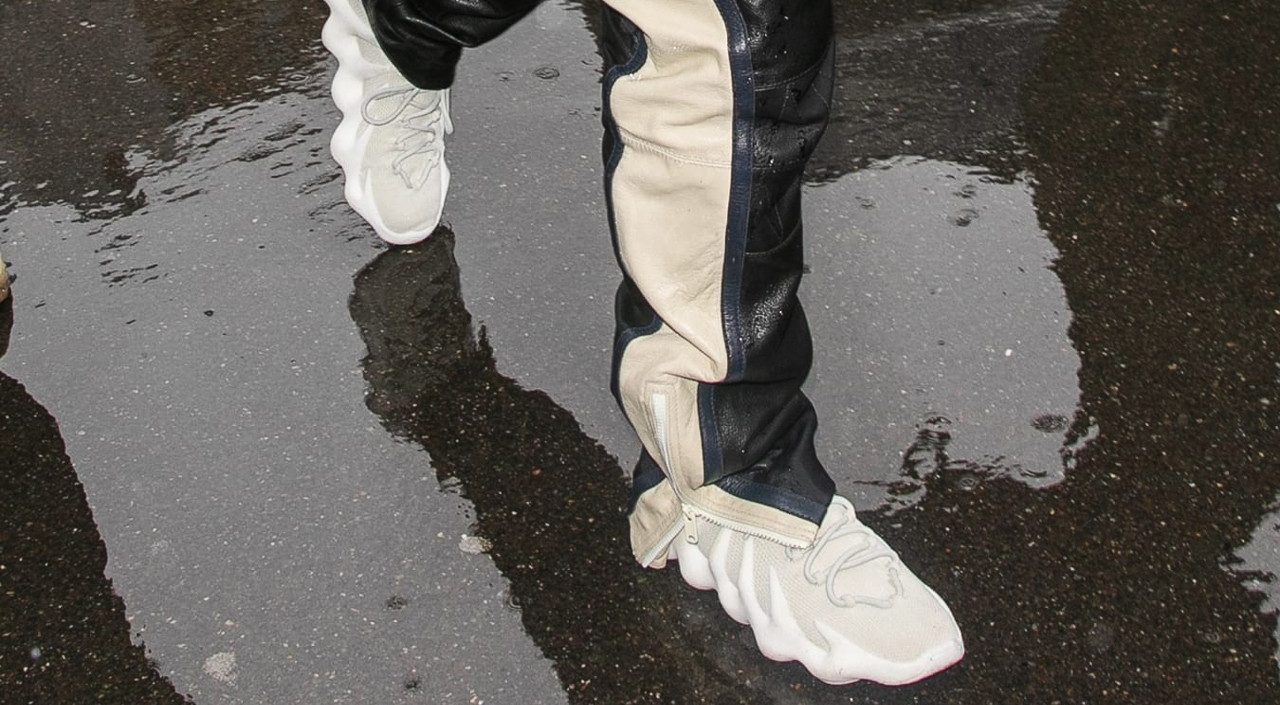 At Paris Fashion Week, Kanye West was spotted jumping over a puddle to save his brand new Yeezy 451.

The new Yeezy 451 has been spotted in various leaks, and at a surprise Sunday Service at the Bouffes du Nord Theatre. Here is a closer look.

Kanye West stole the headlines at Paris Fashion Week when he was photographed wearing the brand new Yeezy 451. The rapper – dressed in a dark grey shirt and black and cream pants – was spotted jumping over a puddle to save his precious kicks.

The sneaker seems to match early leaks of the shoe. Mesh uppers in a sand colorway sit atop white sawtooth midsoles. The mesh will keep the sneaker very breathable, ideal for a shoe designed with trekking in mind.

From what we’ve seen in previous leaks, the sneakers are expected to drop in three colorways – “white/blue,” “volt green/black” and “fuchsia/black”. It’s still unclear if this “sand/white” colorway will be included in the lineup.

The Yeezy 451 made a previous appearance at a surprise Sunday Service that Kanye held at the Bouffes du Nord Theatre in Paris. He paired the sneakers with his usual Sunday Service uniform, in a similar brown hue.

With the number of appearances the Yeezy 451 is making, we can expect a drop date to be announced very soon. Stay tuned for updates.

What do you think of the new Yeezy 451 silhouette? Share your thoughts in the comments section.