10 Comedians You Must Catch at Magners International Comedy Festival 2015

10 Comedians You Must Catch at Magners International Comedy Festival 2015

Come March, be sure to catch these 10 comedians at the Magners International Comedy Festival 2015. They’ll be knocking your socks off so hard, you’ll have a hard time getting them back on. They say laughter is the best medicine, so if you’re sick of work, or life, in general, the Magners International Comedy Festival 2015 (tickets now on sale) could be worth a shot.

The Festival will be touring three cities: Hong Kong (12-14 March) Manila (17-18 March) and Singapore (19-21 March). Featuring over 30 comedians on the Singapore leg of the tour, we’ve narrowed our choices to just 10 comedians you must absolutely watch (if you can’t watch them all). Holding the Guinness World Record of being the world’s shortest comedian, Imaan Hadchiti stands at a grand total of 105cm. What Imaan lacks in height, he makes up in humor. He even does an amusing ass-wiggle from time to time. One of our favourite one-liners of his: “People ask me why I grow a beard, and beyond all that style that I have is so paedophiles don’t get confused.” At first glance, you probably wouldn’t think Jenny Collier’s a funny one; her girl-next-door good looks are more befitting a cheerleader than they are a comedienne. But what makes Collier so downright hilarious is the reliability of her tales of woe. Such examples include struggling to fit into posh places at work, tips and tricks to handling the most awkward public situations, as well as the pros and cons of being a single woman in 2015. Joanna Sio is one of our personal favourites. She’s a mother of two, and her stand-up routine typically pokes fun at her personal life. First impressions don’t count with this one – her timid exterior does nothing for her uninhibited sense of humor. Joanna’s show was especially fun when, while pregnant, she waddled onstage in a maternity frock and a big belly, pausing for a moment before declaring, “My name is Joanna, and I don’t want to state the obvious, but I’m not a virgin.” 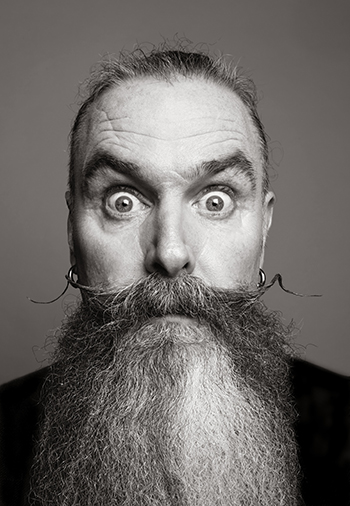 More impressive than Martin Mor’s beard is his wicked sense of humor. At one show, he pointed to a 12-year-old boy in the audience, and said, “What are you doing here? You’re too young for my show. Now go wait in my dressing room!” ‘Course, his strong Irish accent doesn’t hurt, either! The Shaggers are a regular fixture at festivals worldwide, popularized by their ‘shagging pandas’ icon. Their routine involves a mixed bag of boy, girls, gay and straight comedians stepping to the stage and poking fun (pun not intended) at their sex lives. It’s madness and utter mischief, but it’s comedy gold. 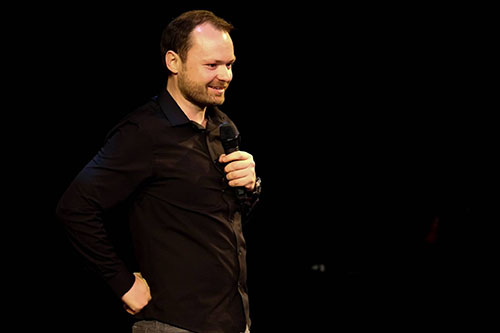 Will Mars is fearless. Once, he observed, “I was raised as an only child, which really annoyed my sister.” His astute and pithy observations about the way life works is knee-slappingly funny. Delivering smooth one-liners, they are a cross between shower-thoughts and pure thought-punctuations. Hard not to laugh. 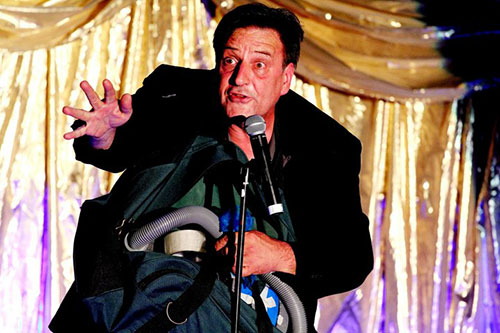 He’s been touted as the master of mayhem and an utter prop lunatic. Taking audiences on the ride of their lives, his outrageously astounding physical comedy routines only enhance his stage acts. He’s like your crazy uncle who’s had one too many, he wields a huge moldy bag of tricks – he’s even got vacuums and whips in that bag of his! Now this is showmanship! 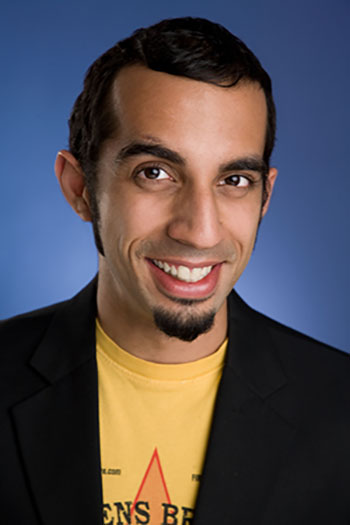 As an Indian raised in Hong Kong, Vivek Mahbubani’s idea of fun is poring through Sun Tze’s Art of War. What’s also noteworthy about Vivek is that he does his shows in a mix of impeccable Cantonese and English. His ability to switch seamlessly from Cantonese to English, coupled with his animated expressions, makes Vivek’s routines fascinating to watch. 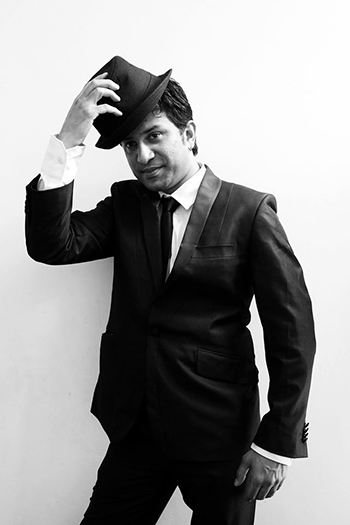 Sundeep Rao may be partially blind, but that hasn’t stopped him from taking the country by storm with his high energy, self-deprecating humor and a unique perspective on the world. “I have been on a few blind dates once, but then I realize that it’s men I’m with.” He ridicules his ‘eye condition’, and has even hosted shows titled “Inability to laugh at one’s own problems is a disability in itself”. Give him a go, just remember to breathe. John Robertson is dramatic when he goes about his routines – his eyes go wild and his face splits into a giant moon grin. He’s personal too, and it’s almost like he’s speaking to you in person. We’ll leave you with this: “I tried and I failed and there were no consequences. And I liked that ‘cos I don’t do consequences because I’m Australian, and I like being Australian.”