Think you’ve seen the worst in football kits? Then you haven’t seen these. Strangely enough, they all belong to Spanish football teams. What’s up with that? 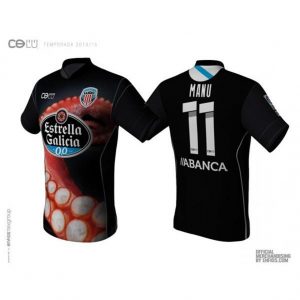 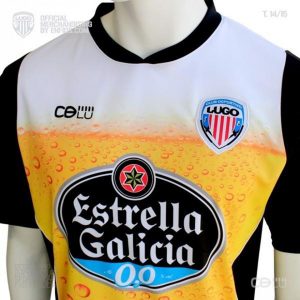 A grilled octopus and an iced cold beer might go hand in hand where it comes to eating and drinking, but they sure do make a wacky pairing when printed onto football jerseys.

Not one to shy away from the bizarre, second tier Spanish football club CD Lugo’s 2014/2015 kits paid homage to the club’s main sponsor Estrella Galicia beer by printing an image of the glorious golden beverage on its home jerseys. As if that wasn’t enough, its away kit that same season featured an octopus tentacle, to represent the popular Galician food. Photo: Who Ate All the Pies

Your kids might be pushing broccoli off the plate but La Hoya Lorca football club wanted the vegetable plastered all over its 2015/2016 kits. Why? The FC hails from the town of Murcia, which is reportedly known for its broccoli.

Despite what seems like a joke, the jerseys carry a pretty serious statement emblazoned on the front: “Necesitamos Agua”, which is said to mean “We Need Water” in Spanish, highlighting the importance of conserving water for agriculture. It’s not difficult to see how CD Palencia earned the reputation of having the most shocking jersey in history. Released in May 2016, the Kappa jerseys came with a realistic print of the human musculoskeletal form so much so that the wearer looks as though he has been stripped of his skin. Goalkeepers sported the same anatomical jerseys in purple.

According to The Telegraph, images of the Palencia kit appeared on various social media accompanied by the hashtag “#Nosdejamoslapiel” (meaning “we give our skin” in English) – a metaphor meaning “to give one’s all”. 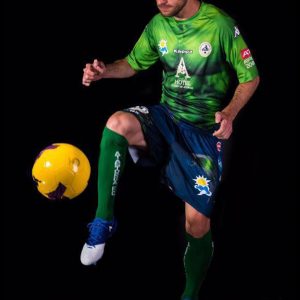 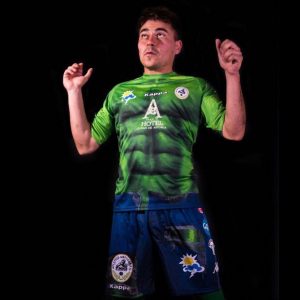 To help unveil the football kits, footballers from Atletico Astorga were made to smash through a brick wall in an attempt to emulate the Hulk smash. Watch the cringy video here.

Interested? The football club’s latest kit can be purchased online for £45 (approx. S$70). Photo: Who Ate All the Pies

The Spanish town of Guijelo is famous for its jamón (ham), so it’s only natural that CD Guijelo’s football kit should feature ham, right? Released as part of CD Guijelo’s 2015/2016 away kit, the monstrosity was created by Spanish brand Daen Sport.