5 Notable Streetwear and Playboy Collabs to Reflect on

5 Notable Streetwear and Playboy Collabs to Reflect on

Celebrate some iconic streetwear and Playboy collabs with this list.

On September 27, 2017, Playboy’s founder Hugh Hefner passed away at the age of 91. We commemorate Hefner and his empire by listing five notable Playboy collabs. 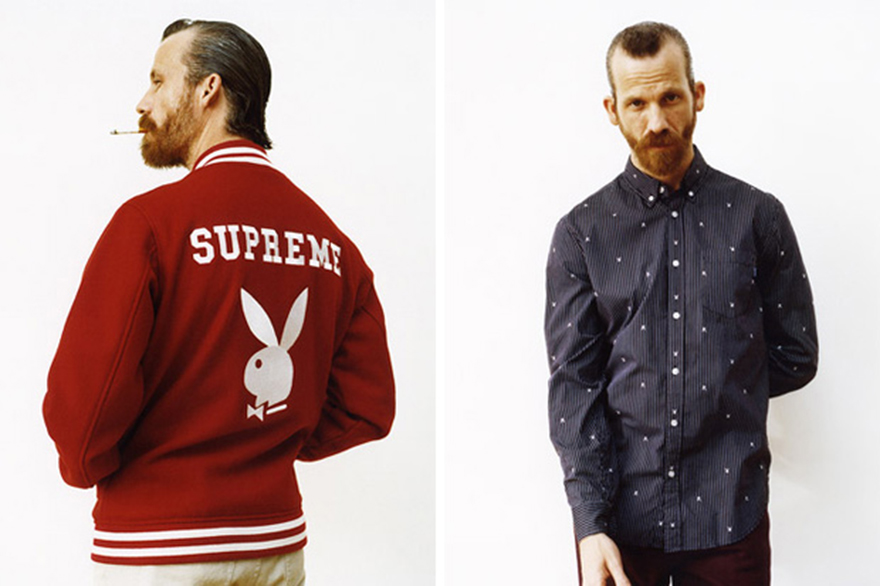 It is no secret that both Supreme and Playboy have been longtime fashion partners. According to Complex, the duo’s most iconic collab is the 2011 Supreme x Playboy Varsity Jacket due to its minimalist design. Other notable items included in the collection are hats, beanies, and keychains.

The varsity jacket has since been ranked by Complex as one of the best Supreme products. The collection was released in March 2011, as part of Supreme’s Spring/Summer collection. 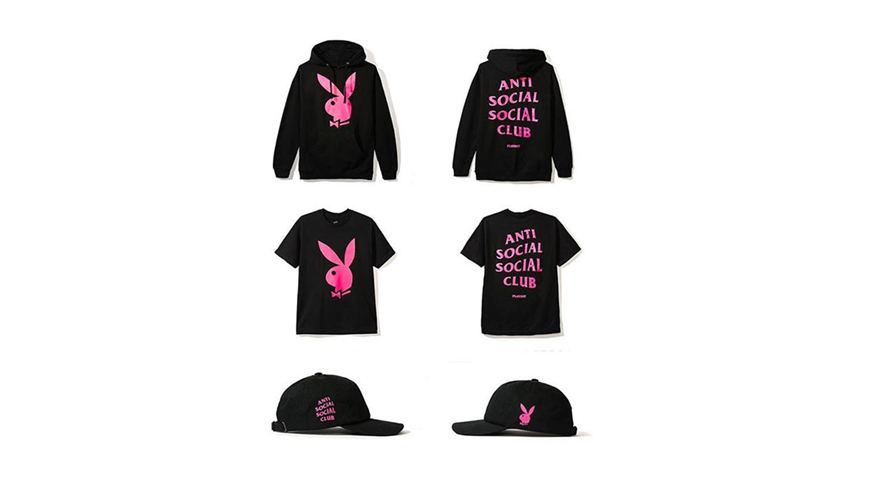 On September 23, streetwear brand, Anti Social Social Club released a collaboration with Playboy. The collection consists of hoodies, t-shirts, and hats in a striking black/pink colorway. Despite its simple design and colorway, the capsule collection received compliments.

Find out more about the collection here. 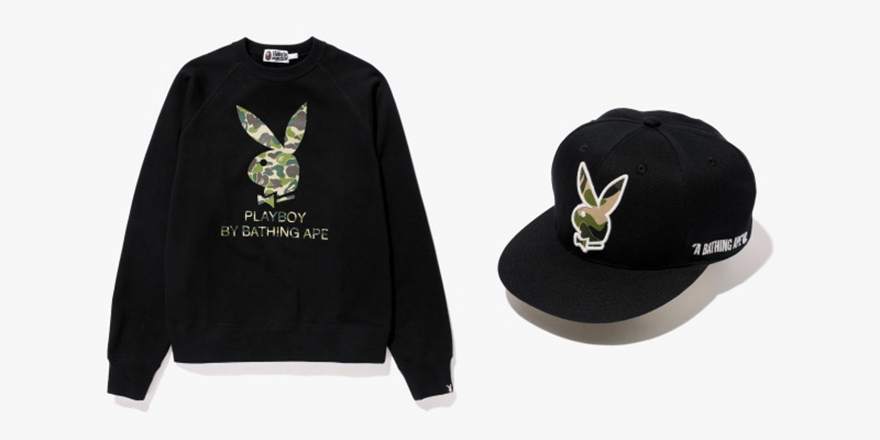 Playboy and Bape stunned streetwear fans after announcing its collaboration in June 2013. The capsule collection consisted of a variety of apparel pieces including t-shirts, outerwear, and accessories. In addition, the collaboration also featured the iconic bunny logo decked out in Bape’s iconic camo.

A few fans even described the collection as one of Bape’s best (full comment below). 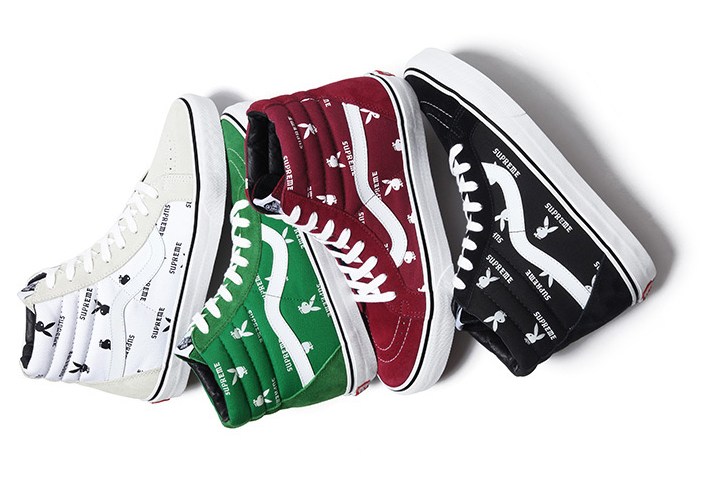 The Supreme x Vans x Playboy sneaker pack released in March 2014 is one of Playboy’s more popular sneaker collabs. The collection featured both the Vans Sk8-hi and Authentic models.

The sneakers featured both Supreme and Playboy’s branding, and it also came in four different colors: maroon, green, black and white.

Unfortunately, some have referred to the collab as “fucking hideous” on Reddit. 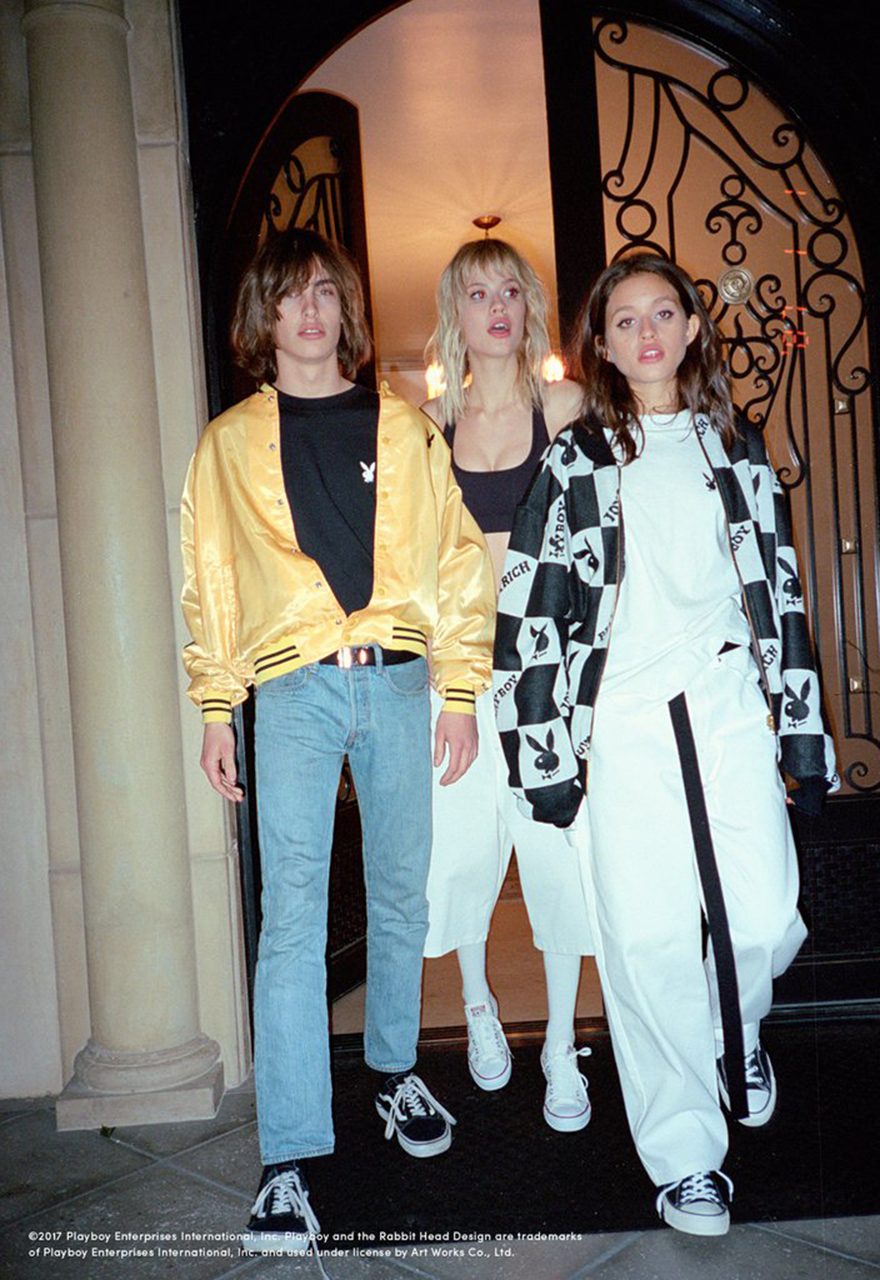 The 2017 Joyrich x Playboy collab reportedly drew inspiration from the magazine’s glamorous past. The collection featured clothes and accessories styled to mimic trends from the 80’s and 90’s.

Joyrich and Playboy have collaborated several times, releasing capsule collections in 2014 and 2016. The collection has also been released in Japan, Korea, Taiwan, and Hong Kong.

It is still available for purchase from Playboy’s online store.