Those horrible trends that popped up last year? Forget them. Here are the 5 trends we want to see in 2014. It was hard not to assume tennis sneakers were going to make a big comeback at some point. The release of the Nike SB and Supreme collaborative Tennis Classic last year was just the tip of the iceberg. Then this year, the iconic Adidas Stan Smith was relaunched after a two year hiatus and this piece of news made waves. We can only expect to see more shoes sporting the tennis sneaker silhouette but we’re not complaining. A classic tennis shoe is sleek and chic, and as we’ve said before, sometimes simplicity is key. What do Drake, Kanye West, Rick Ross, Eminem, Tyler the Creator and Jay-Z have in common? All are hip hop artists who have lent their names to major sportswear companies to produce collaborative sneakers. If having shoes made in your name has become a rite of passage for hip hop artists, all we ask for is that 2014 brings more unexpected collaborations. If the Jordan brand could sign Drake, perhaps Asics could surprise us all and collaborate with Action Bronson? 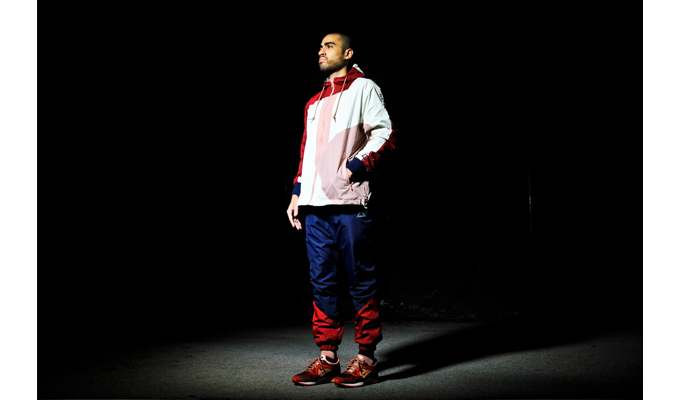 Releases with matching apparel and sneakers is another trend we would like to see on the upswing in 2014. Kith founder and designer Ronnie Fieg is pioneer to the sneaker-apparel game, having released capsule collections of apparel inspired by the shoes he designs. With Nike and the Jordan brand releasing sneakers every other week since the turn of the new year, there’s no better time for designers to start dabbling in matching apparel and accessories. Seriously, time to spare a thought for the guy with the great shoes but horrible clothes.

Paying More Attention to the Body While we don’t expect you to replicate Patrick Bateman’s grooming routine in American Psycho, we’re hoping you’ll take grooming a little more seriously in 2014. With the emphasis that has been placed on men’s grooming and the availability of grooming tools and products that go beyond Gillette and Neutrogena, don’t expect to smell bad and get away with it. And if your $10 barber can’t hack a proper haircut, or you keep cutting yourself when you shave, for goodness’ sake, get help. If you haven’t realized it yet, prints were one of the biggest style trends of 2013. However, towards the end of the year, it all started to taper off into the boring zone. In 2014, we’re hoping to see innovative prints taken to the next level. For instance, Engineered Garments has featured batik prints on its SS14 Baker jackets and Nike has just released Air Max 1 and Roshes sporting all-over geometric graphics. Setting the bar for innovative prints would be the Bape Spring/Summer 2014 and its glow-in-the-dark camo because, you know, fashion first, logic later.

What are some trends you would like to see in 2014? Tell us in the comments below.