adidas exclusively unveiled the P.O.D System for the first time in the region last Thursday, June 14, at the launch of its two brand new stores at Vivocity – adidas Stadium and Neighbourhood.

The sneaker officially released last Saturday, June 16 and if you’re looking for a bold new pair of kicks, you might want to consider getting these.

Retailing at S$200, the adidas P.O.D System is now available at select adidas Originals stores in Singapore. You can also cop them at adidas.com.sg which still carries a full run of sizes.

Take a closer look at the brand’s latest silhouette rumored to drop in June 2018.

Yeezy Mafia serves up some new leaks again. This time, it’s a completely new silhouette dubbed the Adidas POD System 3.1 that looks like a mash-up of a few of the sportswear giant’s other silhouettes – the Adidas Swift Run and the Rick Owens Tech Runner.

From the images leaked, it seems the upper takes the form of the Swift Run, while the sole seems to draw inspiration from the Tech Runner. But we’ll leave you sneaker experts to draw your own conclusions. 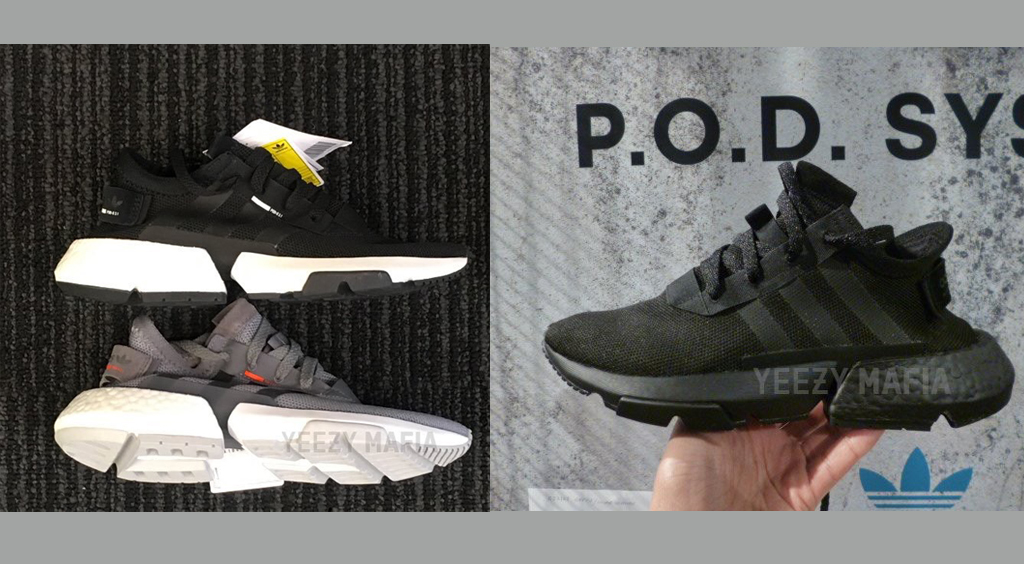 Three other colorways that were leaked

The thing that stands out most about these shoes are the unconventional soles. The split design appears to incorporate two different materials: a lightweight cushioning on the front and Adidas’ Boost tooling on the rear end of the shoe.

The Adidas POD System 3.1 will likely drop in four colorways, and will allegedly retail at US$130 (approx. S$173).

Will the new sneaker garner much hype? Tell us what you think in the comments below.