The Adidas Powerphase 2018 GR model will come in the same streamlined silhouette as the Calabasas model. 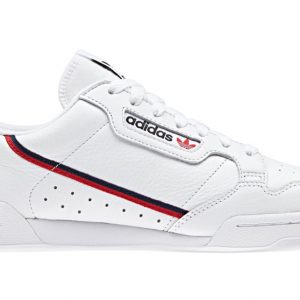 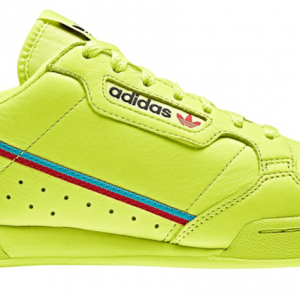 We’ve got the latest details on the generic adidas Powerphase 2018 model. The sneaker – officially branded as the adidas Continental 80 ‘Rascal’ – will release this Wednesday, June 20 on END Launches, retailing at S$139.

It will come in three colorways as well – Core Black, White and Off White/Cream.

The sneaker could well prove to be a hit, generic or not, given how popular its almost identical-looking counterpart, the Yeezy Powerphase was.

That said, will you cop yourself a pair? Let us know in the comments section below.

The Adidas Powerphase GR model will feature the same streamlined silhouette as the more exclusive Adidas Calabasas Powerphase. The design elements, however, will be different.

According to Twitter user @theyeezymafia, the generic Adidas Powerphase is expected to be released in June 2018 for US$90 (approx. S$121).

Much like the Adidas Calabasas Powerphase, the shoes will feature a slimmer silhouette along with Adidas’ logo and branding on its sides.

However, there are several aesthetic differences between the generic Adidas Powerphase and the Adidas Calabasas Powerphase. Unlike its more exclusive predecessor, the GR Powerphase will feature lines either in red/black or blue/red on its outer.

Additionally, the brand’s three stripe branding and the inscription “Calabasas” will not be printed on the generic Powerphase model.

According to @theyeezymafia, the sneakers will come in two colorways: White and Semi Frozen Yellow.

Adidas has yet to reveal any official information about the GR Adidas Powerphase. Keep an eye out on Straatosphere for more information in the near future.