The new colorway is part of Adidas’ Fall/Winter collection. 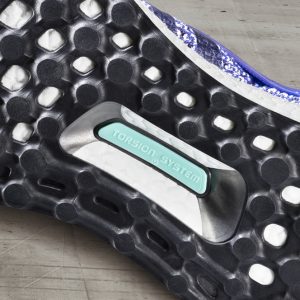 Update made to amend inaccuracies on the UltraBOOST X article as published previously.

The UltraBOOST X will come in a colorway called “Mystery Blue”, not “Mysterious Blue”.

We apologize for any inconvenience caused.

After unveiling the UltraBOOST X in Trace Pink just days ago, Adidas announced that its women’s running shoe will come in bright blue.

Known as “Mysterious Blue”, the color is part of Adidas’ Fall/Winter 2017 palette.

According to Adidas Singapore’s press release, the sneakers were designed specifically for the female foot. As such the sneakers sport a variety of features designed to enhance female athletic performance.

They include a dynamic arch and a white full-length Boost midsole all wrapped in a blue Primeknit upper. It also sports a slimmer heel counter and a free-floating arch.

Keep an eye out for the Mystery Blue shoes on Adidas’ online store.

Read More: The Latest Adidas UltraBoost is Made of 11 Plastic Bottles