In our guide to the Adidas Samba, we explore its transition from football boot to Jerry Lorenzo’s sneaker of choice. We’ve even included tips on sizing and styling these iconic essentials. 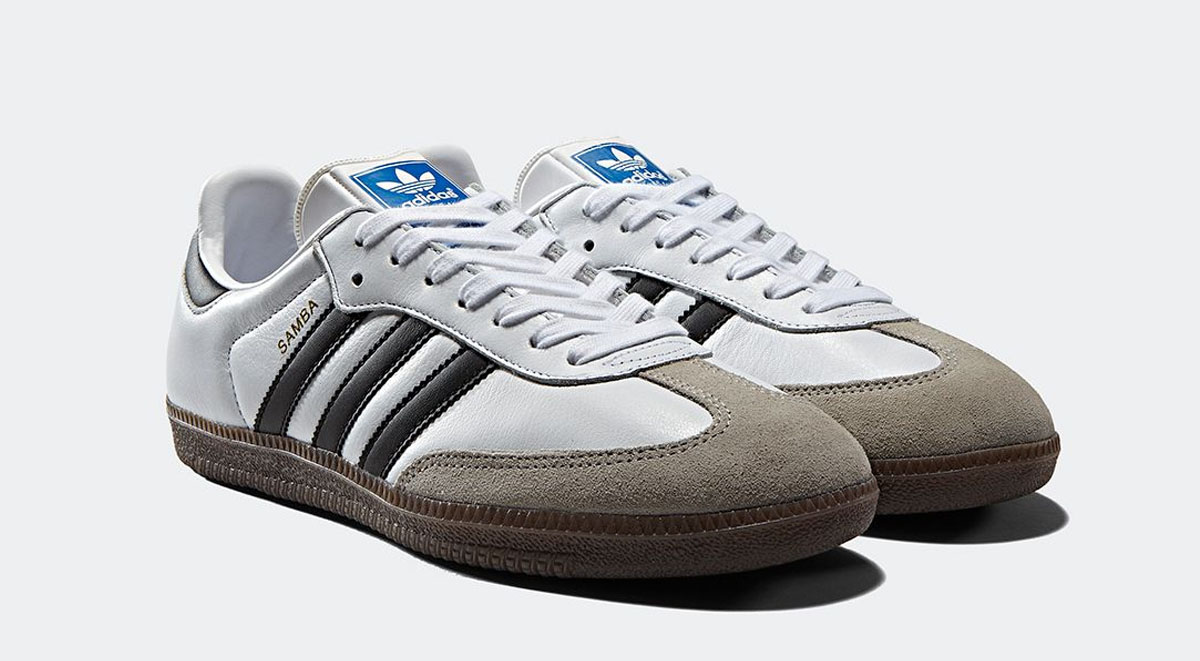 Following his move to Adidas, Jerry Lorenzo unveiled his new everydays—the Adidas Samba. With a single Instagram post, he brings a 70-year-old sneaker back to the forefront of sneaker culture. To help you understand the shoe’s storied history that spans decades and continents, here’s our guide to the Adidas Samba, complete with sizing and styling tips.

Head to StockX to explore the wide variety of Adidas Sambas and cop yourself a pair. 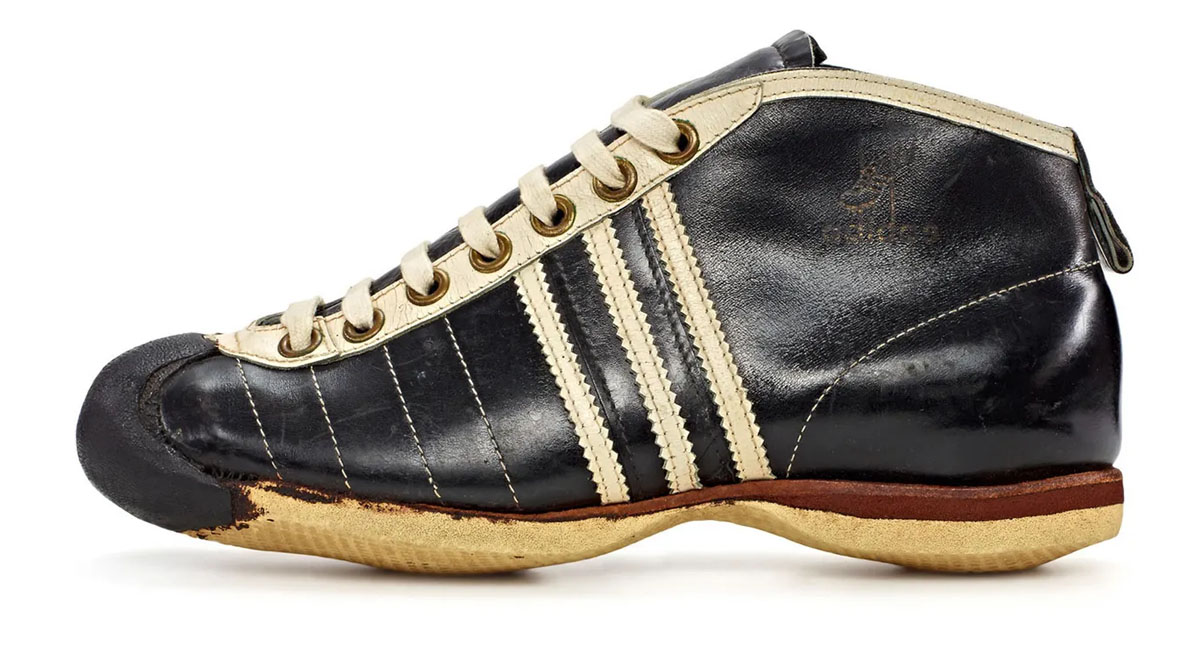 The very first Samba made in 1949 was a chunky, mid-top boot made of kangaroo leather.

The Adidas Samba was a groundbreaking sneaker from the get-go. In 1949, Adidas developed the Samba to provide the traction needed for football players to kick ball on icy surfaces. Adidas constructed the boot out of kangaroo leather and attached it to a gum outsole that offered the necessary grip and insulation from the cold British winters—a combination no other boot could offer.

Over the next few decades, the Adidas Samba would go through multiple redesigns. The first significant refresh came in 1950 when British teams traveled to Brazil for the FIFA World Cup. While there, British players saw that opposing teams wore boots designed to handle Brazil’s bone-dry pitches—they came in a low-top silhouette, were lightweight and streamlined—years ahead of the chunky iterations seen on the feet of the English. 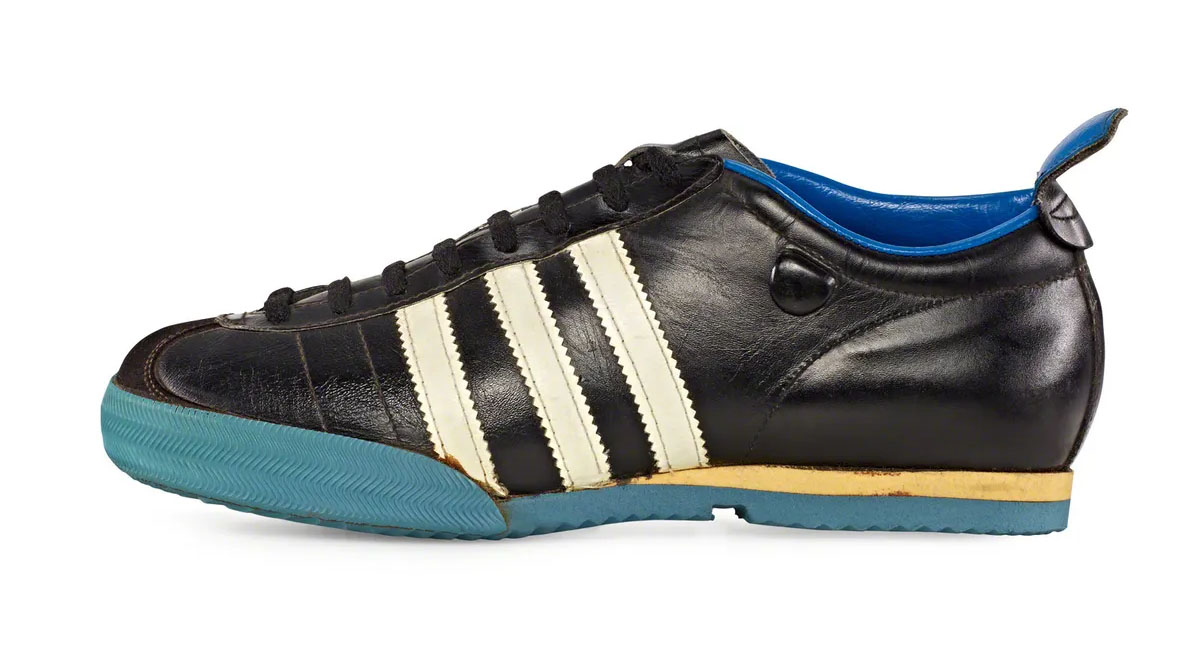 By the 1960s, the Samba had become a low-top boot designed to perform on any hard surface.

This led to a complete redesign of the Adidas Samba. By the 1960s, the Samba had evolved to become a leather-clad, low top with a thin rubberized midsole that offered grip on any hard surface. This formed the template for every Samba redesign and development for decades to come. 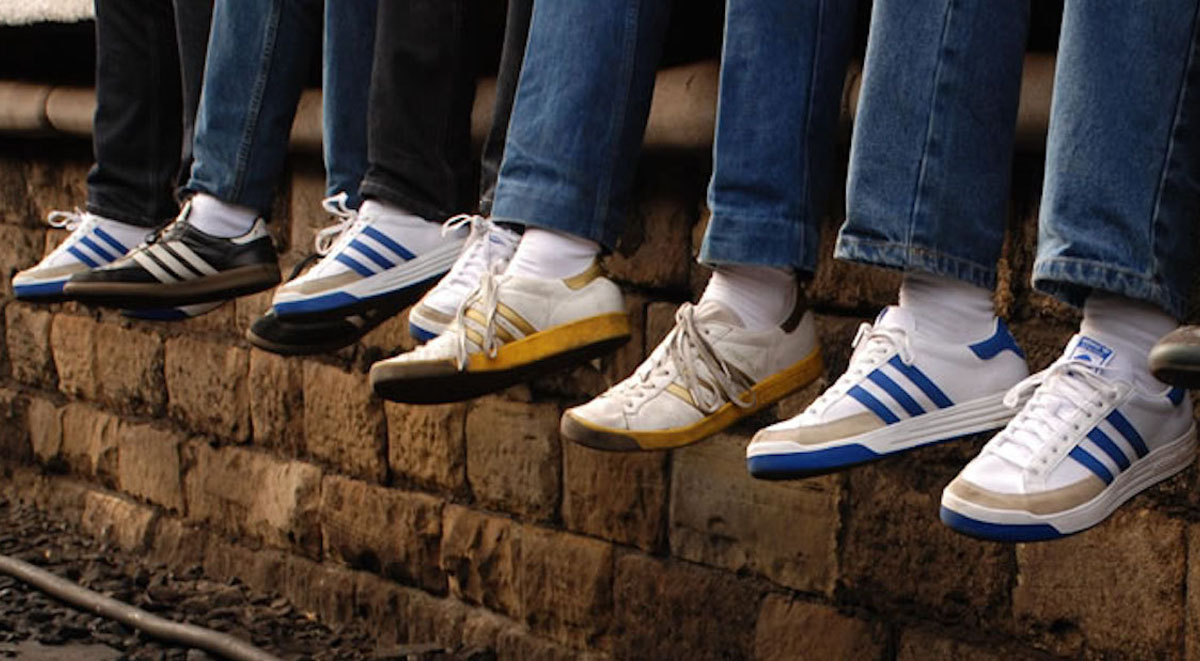 At the same time, British teens who subscribed to the casual subculture developed an affinity for the football-inspired silhouette. This was unsurprising, considering that many of these “casuals” were football fans. By pairing it with their designer polo tees, jeans and patterned sweaters, casuals popularized the Samba and made the sneaker a cult classic among European sneakerheads.

Skating into the fashion world

Sometime in the ‘90s, the Samba started to gain popularity among skaters in the United States. Its flat grippy outsole, slim midsole and durable leather upper made it a reliable skate sneaker despite the fact it was originally made for football. 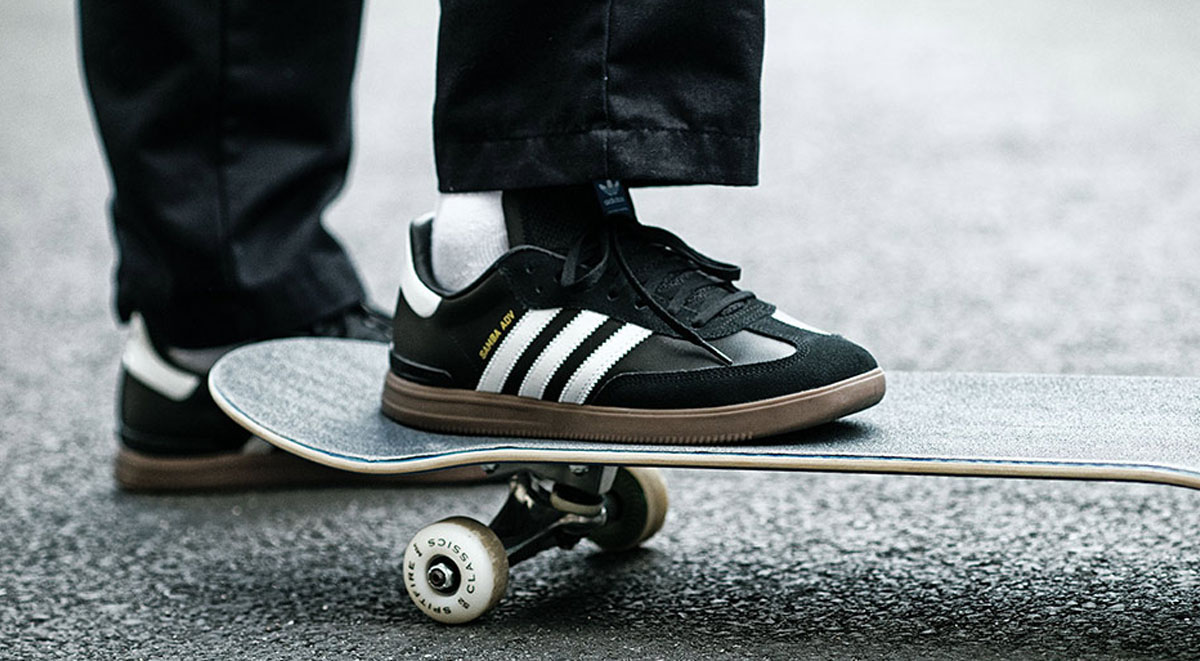 In 2016, Adidas Skateboarding released a Samba specifically designed for skaters—it was called the Samba ADV.

As skate culture grew and began influencing streetwear and fashion, the Samba became a go-to sneaker for true sneaker enthusiasts. Icons like Jerry Lorenzo and Jonah Hill recount wearing the Adidas Samba in their youth and continue to incorporate them into their outfits till this day.

The fact that it has been 70 years since the Samba was first introduced and that they continue to be in production and be seen on the feet of fashion icons, solidifies its status as a streetwear essential.

Now that you’re up to date on the cultural significance of the Adidas Samba, check out our sizing and style guide below.

The Samba is a retro sneaker and is built a lot narrower than most modern lifestyle Adidas sneakers. Your best bet would be to cop half a size bigger than your usual Adidas size, especially if you have wide feet.

Dressing the Samba is pretty simple; it goes with almost anything. You can wear it with a full Three-Stripe tracksuit like modern-day casuals or go the Jerry Lorenzo route, matching it with sweat pants and a sweater. It’s truly one of the most versatile sneakers—it even looks good paired with shorts and a polo top.