True to its name, the Yeezy Desert Rat 500 is a chunky pair of running shoes dressed in gray suede. The updated sneakers were recently unveiled by Tremaine Emory of No Vacancy Inn on his Instagram account @denimtears.

Unlike its popular predecessor, the Adidas Yeezy 350 V2, the Desert Rat will not feature BOOST technology. Instead, the sneakers will come furnished with adiPrene, a material known for its high degree of shock absorption.

According to Twitter user @yeezymafia, the Desert Rat Yeezys will also feature cow leather and mesh. In the same post (below), Yeezy Mafia also claims the shoes will drop sometime in Spring 2018.

Although it has only been hours since the shoes were first unveiled online, the sneakers have already started receiving criticism from the sneakerhead community. Some say the shoes look like “bricks”, while others have declared it an indication that “Yeezys are going downhill” (comment threads below). 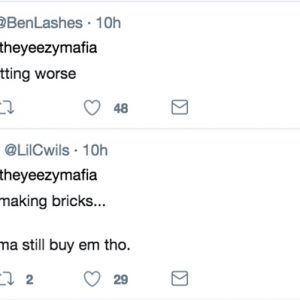 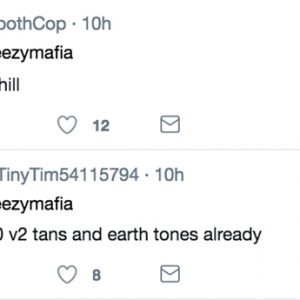 What do you think of the Adidas Yeezy Desert Rat 500? Let us know in the comments below.