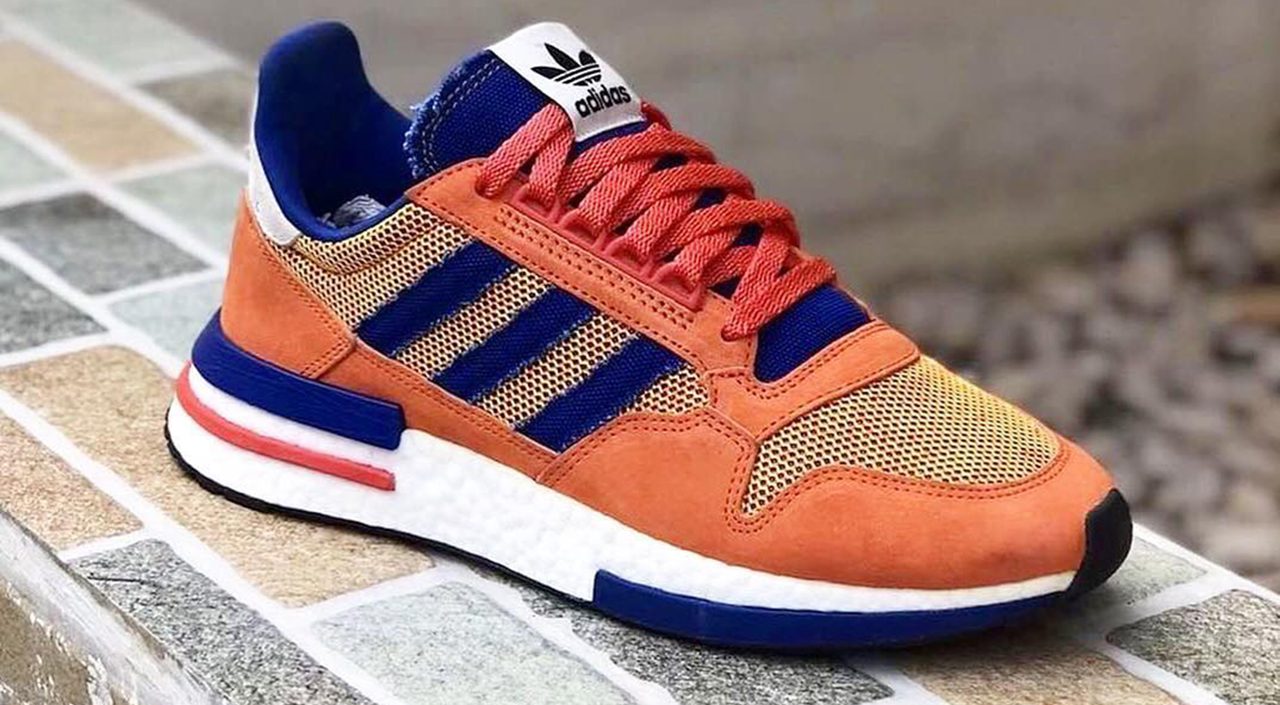 Have a look at the Adidas ZX500 RM ‘Goku’ edition, slated to release this year.

The new Adidas silhouette will feature the brand’s BOOST cushioning as well.

When the Adidas ZX500 RM was first announced as Son Goku’s hero sneaker in the Adidas x Dragon ball Z collection, we only had a mockup to live with. Now, real-life images of the new silhouette have finally surfaced online.

But not only did the Goku edition leak online, we also get a glimpse of other upcoming colorways of the Adidas ZX500 RM. Check out the images below, courtesy of Sneaker Bar Detroit.

The triple black colorway with the blacked-out BOOST midsole might just be one of our favorite pairs already. The huge branding on the side panel is on the loud side of things, but there was a time when oversized brand logos were a trend, remember?

The other two colorways are more subtle. One arrives in a teal upper with a splash of neon green at the heel, while the other is a dark grey iteration finished with pastel pink details.

This new silhouette is an apparent upgrade of the brand’s classic ZX500 silhouette which, in its time, was pretty popular. Whether the added cushioning will boost its popularity this time remains to be seen.

No word as to when exactly these drop, stay tuned for more details in the coming months.

Will this sneaker be hyped or nah? Sound off in the comments below.