Why the Air Jordan 1 Mid is worth a shot

Why the Air Jordan 1 Mid is worth a shot

Esh. S April 14, 2021
The products featured in this article are from our affiliate partners. We do our best to curate items that are relevant to you.

It seems hard to imagine, but Michael Jordan favored the Air Jordan 1 Mid. Here, we make a case for the unloved silhouette that sneakerheads love to mock. 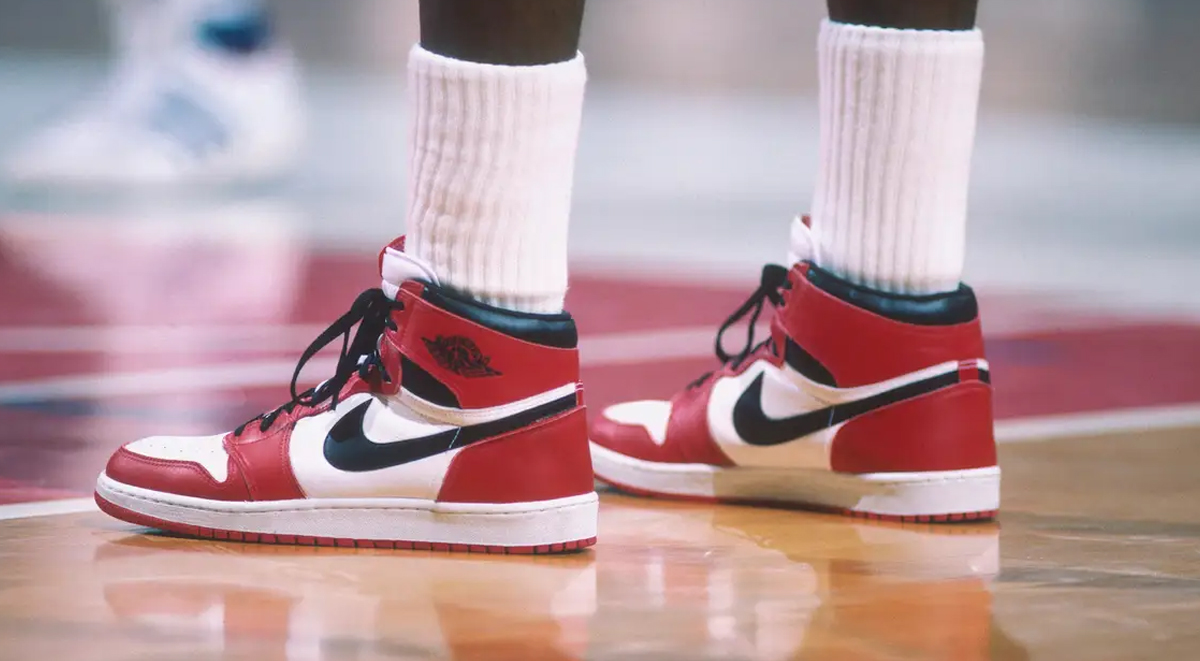 Michael Jordan rocking the 1985 Air Jordan 1 in The Last Dance.

The Air Jordan 1 is currently seeing a resurgence, selling out as soon as it’s made available on the Nike SNKRS app. The success of the The Last Dance docuseries about Michael Jordan’s storied career, coupled with consistently desirable collaborations have made the AJ1 one of the most coveted sneakers in recent years. High and low variants are just as beloved, but the Mid has been struggling to gain mainstream acceptance. To understand why, we are taking a look back at the history of the Air Jordan 1 Mid.

In short, yes. In 1987, Tinker Hatfield was tasked with creating a new signature sneaker for Michael Jordan. Hatfield flew down to meet Jordan to better understand what he wanted from his sneakers. Turns out, MJ found both the Air Jordan 1 and 2 too tall and, in turn, too restrictive. The solution? Hatfield designed the Air Jordan 3 and made it a mid-top. The quote from Hatfield can be corroborated by Sotheby’s 2020 auction of a pair of game-worn Air Jordan 1 from 1985. In a comment to CNN, the auction house confirmed that the 1985 player sample sneaker was in fact a mid-cut — not a high top, as many of us had assumed.

Specially designed by Nike‘s then-creative director Peter Moore for Jordan, these samples could be an indication that the GOAT himself preferred the mids over the highs. 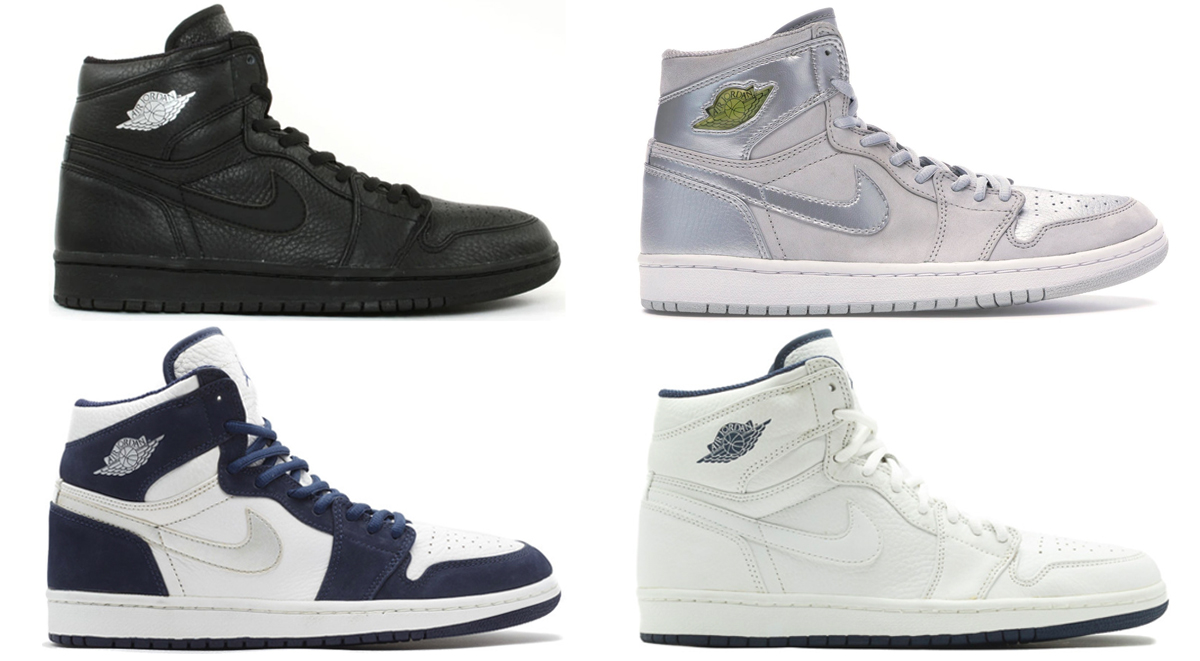 In the ‘90s and ‘00s, sneaker collecting was more a subculture than the norm. In Japan, however, Nike was beginning to see an increased appreciation for their releases amongst Japanese sneakerheads who were meticulously buying, storing and collecting their favorite pairs. The folks at Beaverton saw the Japanese passion for sneakers as an opportunity to solidify their presence in the region while catering to their unique tastes. Thus, Co.JP was born.

Co.JP worked with Japanese retailers to create collaborations that would be exclusive only to Japan. One of the most notable of these releases was a series of Air Jordan 1 Mids labeled the “Japan Pack”, which came in smaller sizes tailored to the Japanese consumer. Arriving in four colorways, the grey colorway was the most limited with only 2001 pairs released. 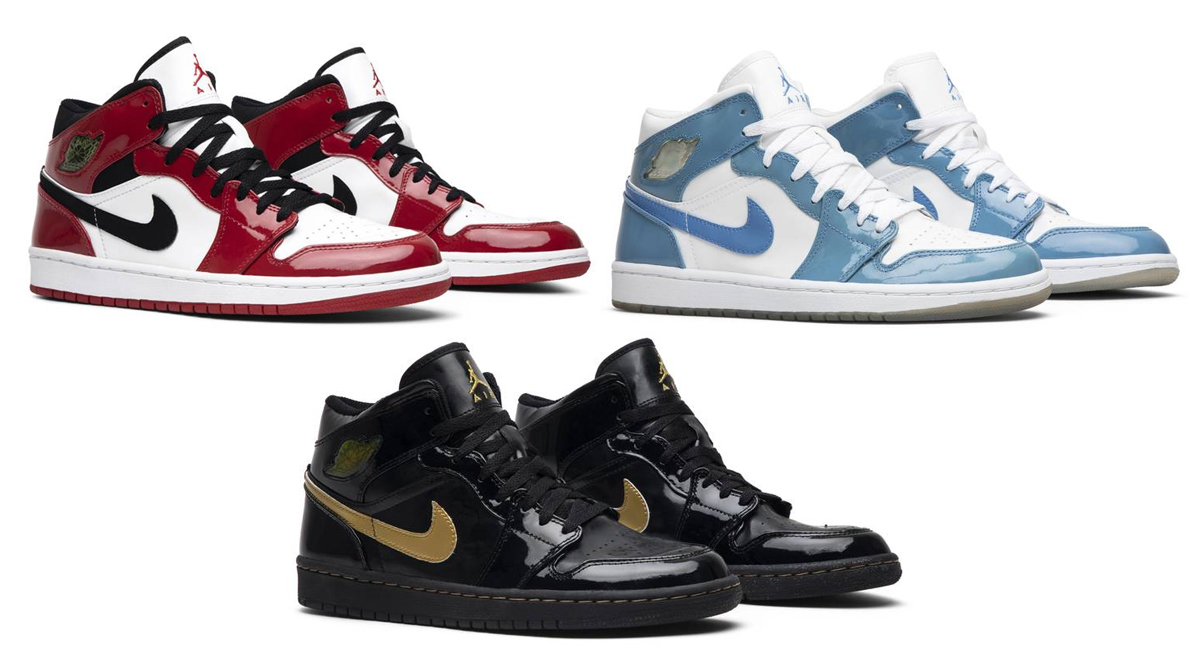 The Patent Pack from 2003 launched the Air Jordan 1 Mid design we are familiar with today.

Following its success in Japan, Nike would go on to release the 2003 “Patent Pack”, cementing the Mids firmly in the Air Jordan roster.

Not always cheaper and uncomfortable

Nike does drop general release Air Jordan 1 Mids that are cheaper and more attainable than their high-top siblings, which often sell out in minutes. Oftentimes, they arrive in colorways that resemble sold-out releases, which has created the impression that you have to “settle” for them.

But some of the most groundbreaking designs have been applied to Air Jordan 1 Mids. The aforementioned Air Jordan 1 Mid “Japan Pack” offered a grey colorway that was constructed out of nubuck and metallic silver leather which was packaged in a custom Air Jordan suitcase.

And have you seen the materials on Jordan 1 Mid Milan that were released in 2020? Inspired by the fashion capital, the sneaker received a luxurious mix of suede, tumbled leathers and mesh to recreate the colors of the city. A pair of the rare Air Jordan 1 Japan “Grey” was listed on eBay and it came with the original hangtag and silver suitcase.

So, should I pick up a pair?

Yes. The Air Jordan 1 Mid has an incredibly storied history and started its journey as, arguably, Jordan’s first Player Exclusive sneaker. It would travel all the way to Japan to satiate the demands of a highly passionate group of collectors and eventually become the template for countless notable collaborations.

In short, the Air Jordan 1 Mid is an awesome and affordable sneaker for your rotation. Plus, they’re never in short supply. New GRs drop all the time, and its mid-top cut is arguably easier to pull off than high-tops.

In terms of comfort, the Air Jordan 1 Mid offers a similar under-foot feel to the AJ 1 Highs and Lows. Where the Mids may differ is in the construction of the upper. It’s always best to try them on in-store and have a feel. Make sure you like the material choice and size them correctly for the best on-foot feel. Pay attention to the forefoot which is double-reinforced with lace overlays that exerts pressure around your forefoot. It’s also a pretty narrow silhouette, so if you’re flatfooted, it’s best to go up half a size to get the most comfortable fit.