Must-watch shows on Netflix to fill your days

Must-watch shows on Netflix to fill your days

What shows to watch on Netflix, you ask? Here’s our list of recommendations. 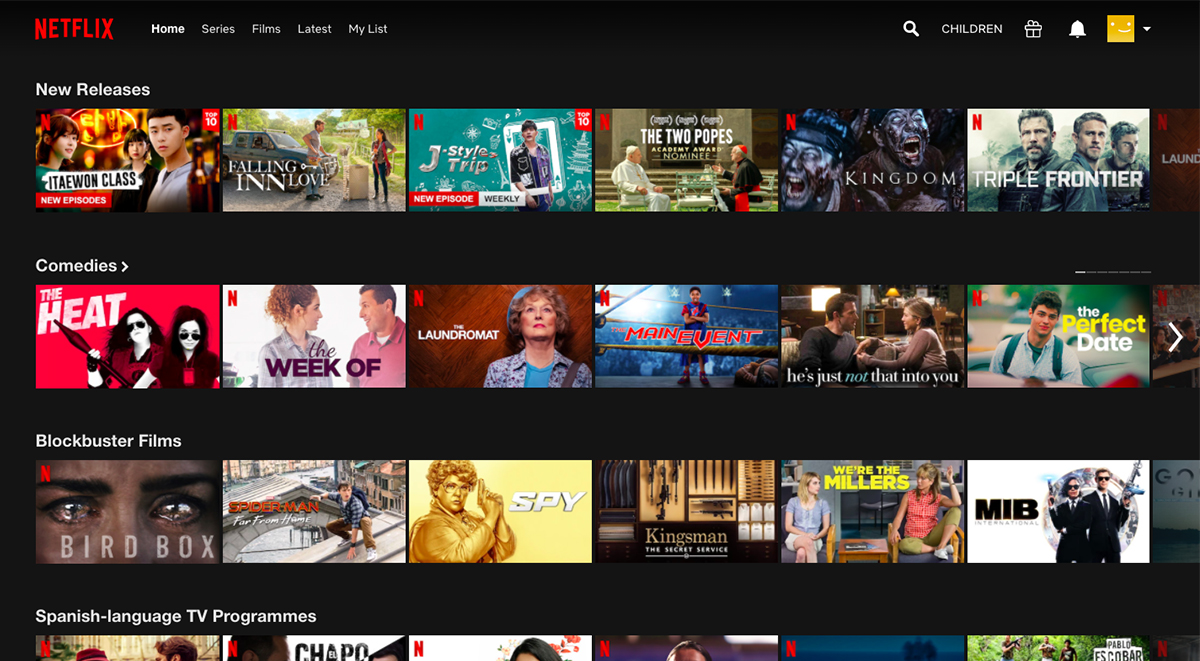 In our series, Home Work, we recommend stuff that’s helping us stay healthy, gain insight, and reduce boredom. This week, we’ve built a list of must-watch shows on Netflix to keep you entertained while cooped up indoors.

Streaming services, such as Netflix, are booming right now. Home entertainment is needed now more than ever before. Having access to hours of content on demand is great, but with so many choices, it’s hard to pick which shows deserve your time and attention.

To help you with those decisions, here’s our list of recommendations. For each, we give you a spoiler-free synopsis, what makes the show great, and tell you how binge-ready these shows are (i.e., how many seasons are up on Netflix).

We’ll be updating this list every week with new recommendations just in case you binge through the entire list within a couple of days.

How much content?: Four parts are up on Netflix; more to come.

No spoiler synopsis: The series is about a group of robbers, code-named after cities, carrying out a bank heist planned and led to perfection (almost) by a bespectacled man known as the Professor (Álvaro Morte). What you can expect is a heart-racing four-part series that will make you love or hate the characters. The best part? It’s not just one bank heist. It’s two.

What’s great: It’s high-octane, exciting, thrilling and emotional all at the same time. Money Heist reels you in and soon you’ll feel like you’re part of the crew. Must be a reason why the show is so well-received, so much so Netflix created an hour-long documentary about Money Heist‘s rise to becoming a global phenomenon.

How much content?: All the latest three seasons are up on Netflix; more to come.

No spoiler synopsis: Ozark is a dark one about a financial adviser who moves his family from Chicago to the Missouri Ozark Mountains to launder money for a drug lord. You’ll get to see an ordinary family having their lives turned upside down and how they deal with an onslaught of impossible circumstances to stay valuable and for the most part, alive. If you enjoyed the critically-acclaimed Breaking Bad series, then you’re in for a treat with Ozark.

What’s great: Besides solid acting from veterans Jason Bateman and Laura Linney, the show manages to brilliantly string together a thrilling plot with a healthy dose of character development. Undoubtedly, it’s the tense situations that will make sure you hit the “next episode” button. But you’ll also end up getting emotionally invested in the characters. And that’s the mark of an Emmy-winning show.

How much content?: All the latest five seasons are up on Netflix; production for season 6 has been delayed due to the coronavirus.

No spoiler synopsis: This English crime drama, set in the post First World War era of the 1920s, centers around a gang family called the Peaky Blinders. With Tommy Shelby (Cillian Murphy), the intelligent, ambitious and charismatic yet incredibly violent head of the gang running the show, you’ll find yourself rooting for them even though the family gets up to some horrible, horrible deeds.

What’s great: A talented ensemble cast and some strong female characters. To see the Peaky Blinders rise from a street gang to becoming powerful players in the country’s politics makes for compelling, adrenaline-pumping TV watching.

How much content?: Ten episodes – new episodes premiere every Monday

Hours if I binge at one go?: Currently 100 mins, 2 episodes, each averaging 50 mins. Approx. 500 mins in total when the full docuseries is available on May 18.

No spoiler synopsis: Everybody knows Michael Jordan and his legendary story. But this docuseries will take you on the ultimate journey of Jordan’s career and that dominant Chicago Bulls team of the ’90s.

What’s great: The Last Dance will likely be the best inside story into Chicago Bulls’ golden generation packed with exclusive interviews from Michael Jordan, Scottie Pippen and Dennis Rodman, among others. Most of all, the series will include unaired footage from the 1997/98 season – a treasure trove according to the director, Jason Hehir.

How much content?: We don’t know yet – this arrives on Netflix on May 29.

Hours if I binge at one go?: To be updated.

No spoiler synopsis: Teasers for the new series starring Steve Carrell seem to suggest Space Force will be a reincarnation of The Office except in an entirely different setting – space. Beam us up!

What’s great: Stars Steve Carrell, John Malkovich and Lisa Kudrow. Its Instagram account, which offers a day-to-day preview of the workplace at this fictional military branch, is pretty great too.

Was this guide helpful for you to pick out shows to watch on Netflix? Leave a comment below.