Staff December 17, 2020
The products featured in this article are from our affiliate partners. We do our best to curate items that are relevant to you.

The new Air Jordan 13 “Hyper Royal” borrows its colorway from the 2011 “Orlando Magic Away PE”. It drops on December 19. 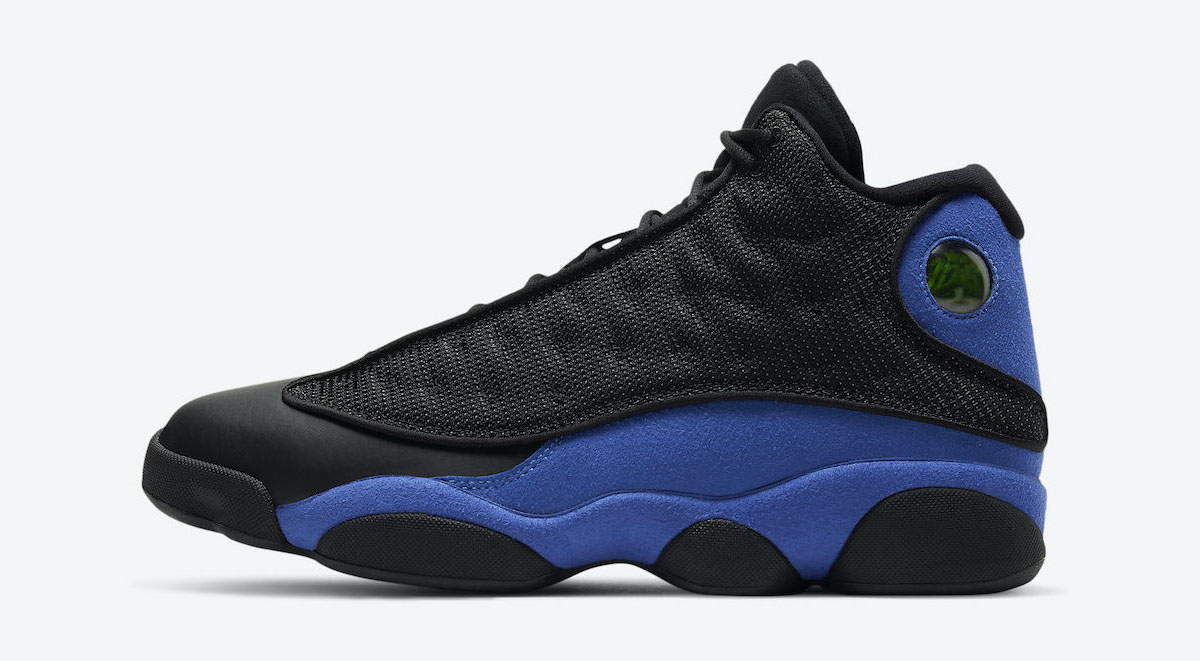 Jordan Brand gave Quentin Richardson a custom Air Jordan 13 that matched the Orlando Magic team colors in Richardson’s 2011-2012 season. Eight years later, on December 19, Nike is bringing back this custom PE in the form of the Air Jordan 13 “Hyper Royal”.

The AJ13 “Hyper Royal” is nearly identical to the 2011 player exclusive kicks, except for some minor variations. Most of the sneaker comes in black, including the leather forefoot, reflective fabric, laces, suede tongue and midsole. 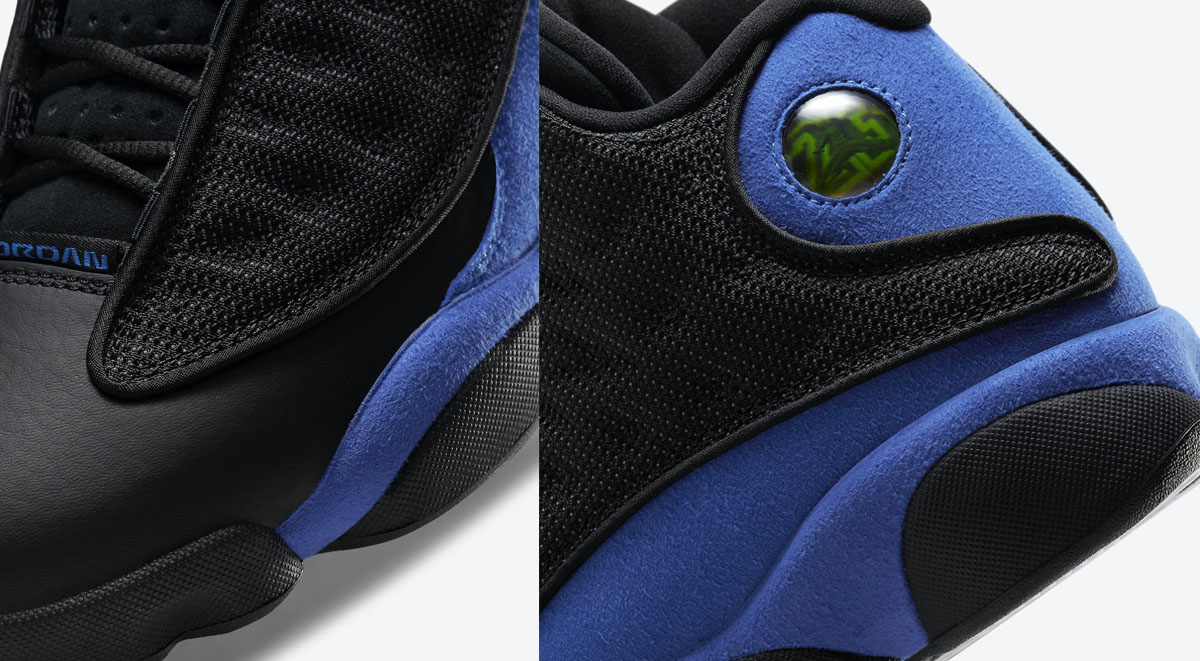 Mirroring the PE, the sneaker gets blue suede accents stretching from the forefoot to the heel. The blue accent stretches down to the outsole, outlining the panther-inspired traction pads. Back on the heel, the classic green holographic eye completes the retro sneaker.

On closer inspection, the 2020 release will get the traditional embroidered Jumpman logo on the tongue, in place of Richardson’s Q5 logo and the traction pads come in white instead of blue. For fans of Richardson and his team, Orlando Magic, these minor changes do not take away the sneaker’s association with their beloved team.