This week’s footwear drops features an Air Jordan 1 with a psychedelic colorway and the Air Jordan 5 Top 3 that celebrates its best releases.

Plus, we also have Reebok launching its Club C into headlines, releasing a collaboration with streetwear magazine, Sneeze.

We’ve picked out some notable releases you should keep on your radar this week. First up, Nike is dropping the highly anticipated Air Jordan 1 Tie Dye along with the Air Jordan 5 Top 3 – both new colorways of the classic court sneakers’ lineup.

On the British side of things, Reebok is dropping their collaboration with Sneeze. The minimalist collaboration brings the timeless Club C back to the forefront of streetwear and might be one of the cleanest pick-ups you can get. Scroll on down to check out the freshest sneakers dropping this week.

Where to buy:
Nike SNKRS

The Air Jordan 1 Tie Dye first caught our attention in March. Its psychedelic print took the sneaker community by storm, especially since we’re talking about the iconic Air Jordan 1 silhouette here. The sneaker sports blue tie-dye prints around the ankle collar, midfoot panels, and around the toe box. But it’ll be a women’s exclusive drop, which means you’ll have to be mindful of the sizing. You can check out our in-depth look at the sneaker here.

The Reebok Club C launches back into the forefront of sneaker culture this week. Through a collaboration with Sneeze, a street culture magazine, Reebok will be releasing a minimalist rendition of the retro basketball sneaker. The Sneeze x Reebok Club C’s upper is covered in crisp white leather. To add some contrast, the sneaker comes with a solid black sock liner, tongue, and laces. Finishing off the collaboration, Sneeze’s logo now appears in place of the usual Reebok branding on the lateral sides. Definitely a clean pair to add in your rotation.

One of the most highly anticipated Dunks in 2020 is dropping this week – the Nike Dunk Low SP “University Red”. The sneaker is an accurate recreation of the original “St John” colorway that dropped back in the 80s. It stays true to the original color scheme, layering smooth red panels and Swoosh on to a pristine white leather base.

Where to buy:
End Launches | Size?

Not unlike the “What the” series, the Air Jordan 5 Top 3 fuses three fan-favorite colorways in one shoe – the “Fire Red”, “Black Metallic” and “Grape”. The “Black Metallic” colorway acts as the base of the sneaker. It borrows the tongue from the “Grape” colorway and the outsole is painted to resemble the “Fire Red” colorway. Interestingly, Jordan Brand also included the colorway breakdown on the inside of the tongue – just in case you need to know.

Where to buy:
End Launches | Size?

Nike Pegasus 37: The trusted sneaker for avid runners gets a major overhaul 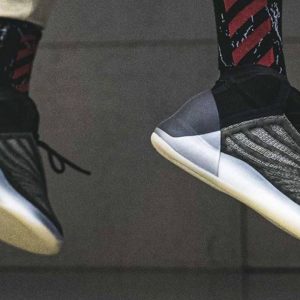