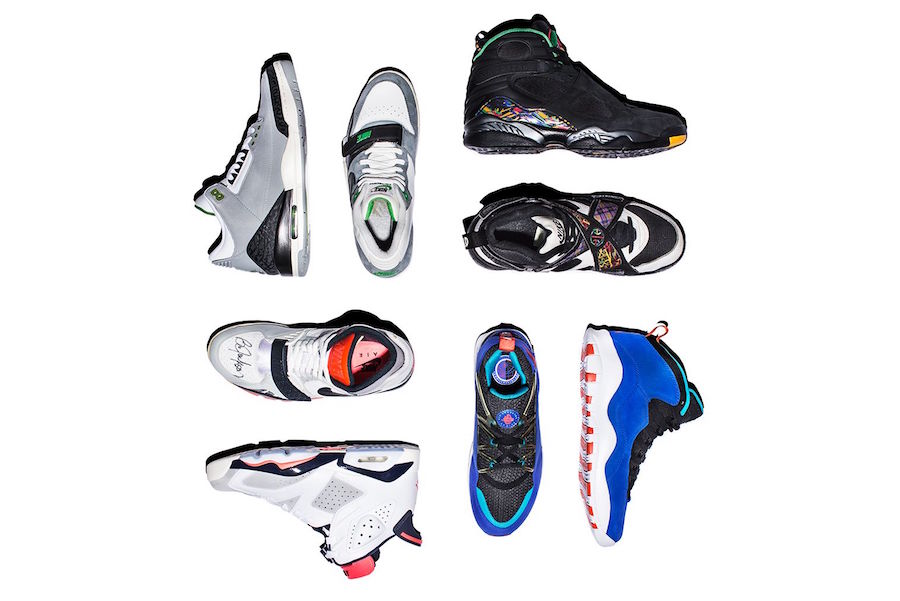 The collection is inspired by Hatfield’s career as an architect and his impact on the Air Jordan line. The pack consists of four Air Jordan silhouettes that will each take inspiration from an iconic Nike sneaker of the past.

Tinker Hatfield was an architect before he took the reigns as head of design for the Air Jordan 3, which many claim to be the savior of the Air Jordan line. Nike has decided to release a collection inspired by Hatfield’s illustrious portfolio. There will be four silhouettes in the Air Jordan x Nike Icons collection, the Air Jordan 3, 6, 8 and 10. The colorway of each of these four shoes take inspiration from another iconic Nike Sneaker.

The Air Trainer 1 was the first sneaker made for cross training and paved the way for a new category of sneakers for Nike. Its most iconic colorway was the “Chlorophyll”, and this is where the Air Jordan 3 takes its cue from. The colorway was seen on the feet of many tennis stars as well as on the GOAT Michael Jordan himself. Coming in a grey upper, the Air Jordan 3 keeps its iconic cement print. The back of the tongue, as well as some of the eyelets, are also in the “Chlorophyll” green. 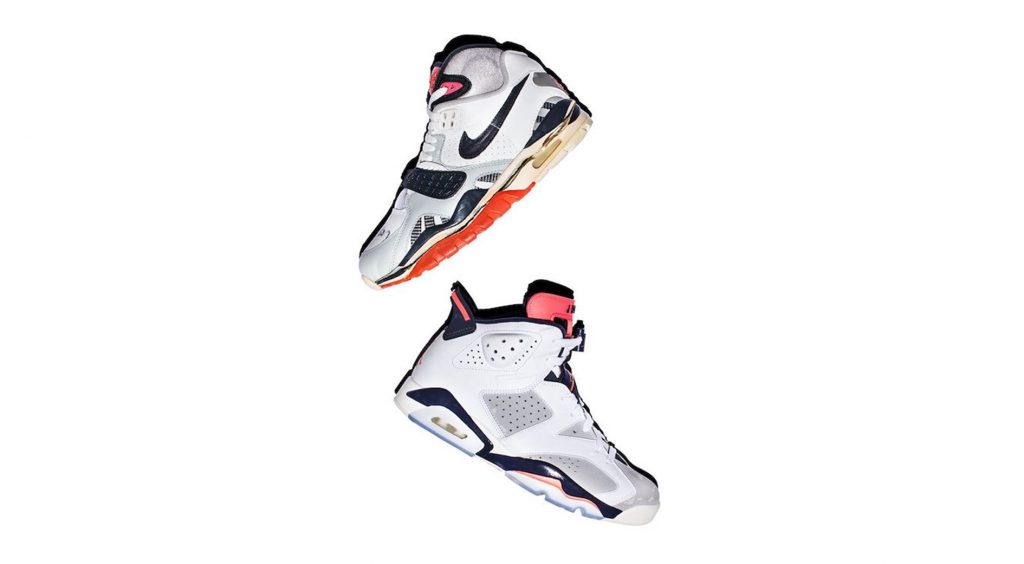 Although made famous by Bo Jackson, MJ once also laced up in the Air Trainer 2 SC. Another cross training specific sneaker, the Air Trainer 2 SC was iconic with the shoe bringing back the midfoot strap, the molded collar, and crazy colorways. All of this was placed on top of a visible Air unit. The Air Jordan 6 will take its cue from this sneaker and will come in a white/grey/infrared colorway.

The resemblance is uncanny with these two pairs. Both the Air Jordan 8 and Air Raid II have the straps that cross each other, meant for maximum lockdown while hooping. In 2018, the Air Raid II lends its iconic graphics to the Air Jordan 8 as seen on the colorful Air Jordan logo on the tongue as well as the midsole. The Jordan 8 will also feature a neon green sock liner as seen in the photo above. There is no information on a release date or retail price as of yet, but stay tuned here for updates.

What do you think of the Air Jordan x Nike Icons Collection? Which pair would you cop? Let us know in the comments.

Read more: Aleali May is about to drop a Fur-bulous Air Jordan 1 sneaker