Hot Shots: 15 Moments from the “Art From the Streets” Exhibition

Hot Shots: 15 Moments from the “Art From the Streets” Exhibition

The Art from the Streets exhibition at the ArtScience Museum features close to 200 art pieces by some of the most prolific street artists in the world. Art from the Streets at the ArtScience Museum opens to the public on Saturday, January 13.

Highlights from the exhibition include the work of Futura, Banksy, and Shepard Fairy (of Obey), just to name a few.

Here are highlights from the preview that took place Thursday, January 11. Untitled is one of the surviving backdrops from The Clash’s stage performance, which Futura live-painted for in 1982. The spray-paint on cardboard artwork can be found in “The Pioneers and the Masters” section of the exhibition. Magda Danysz, guest curator of the exhibition, has curated more than 50 shows featuring the work of artists such as Shepard Fairy and Invader. 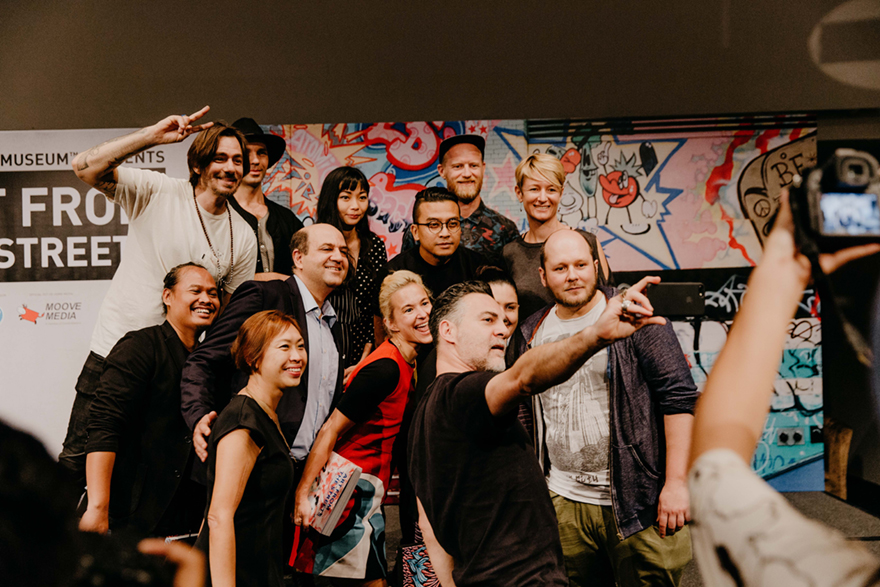 4) Banksy was in attendance too 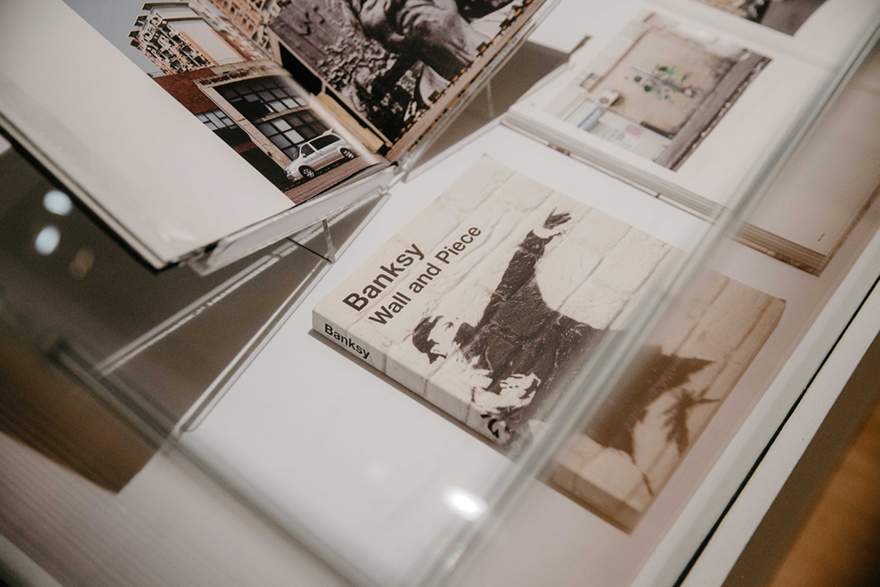 Just kidding! However, a number of Banksy’s pieces such as “Rat & Heart” (2015) and books by the elusive artist such as “Wall and Piece” are on display at the exhibition. Obey fans would be glad to know that the exhibition showcases a number of pieces by Shepard Fairy.

6) Felipe Pantone in the flesh Felipe Pantone was in attendance to talk a little about his mural, “Chromadynamica”. The artist made headlines in May 2017 after attempting to break a Guinness World Record by creating the biggest QR code in the world. Pantone is the youngest artist to create an on-site mural for the exhibition. 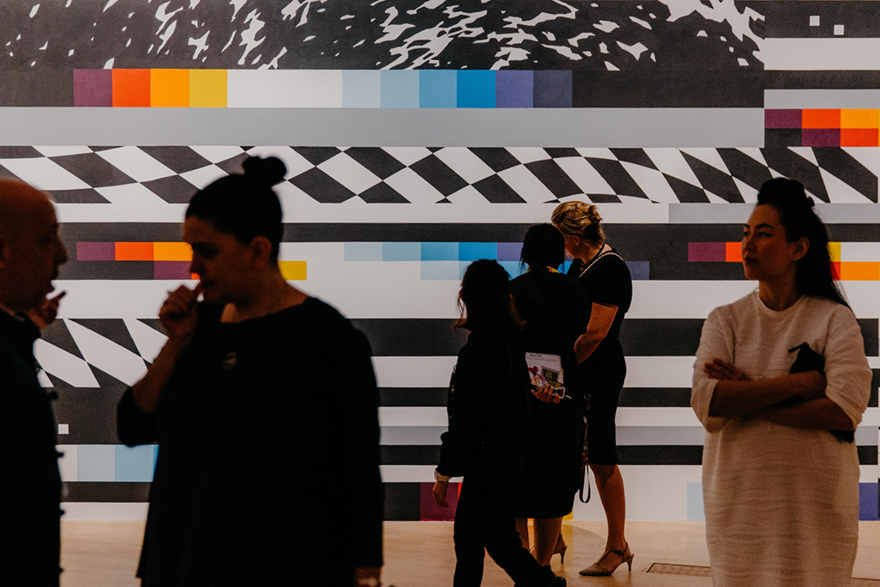 Felipe Pantone’s stunning “Chromadynamica” mural is a testimony of the digital age.

8) The smooth edges of Remi Rough Artist Remi Rough blessed the walls of the museum with abstract shapes in his piece, “Concise”. 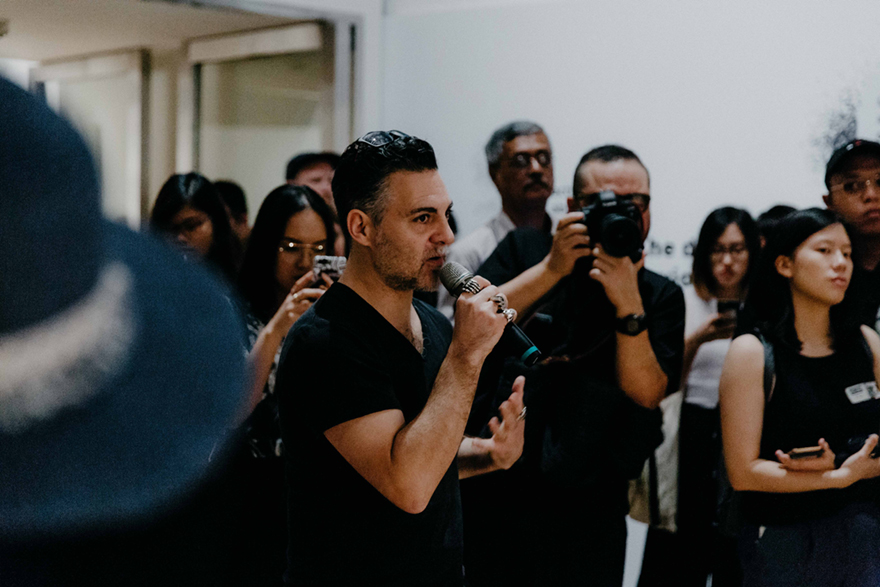 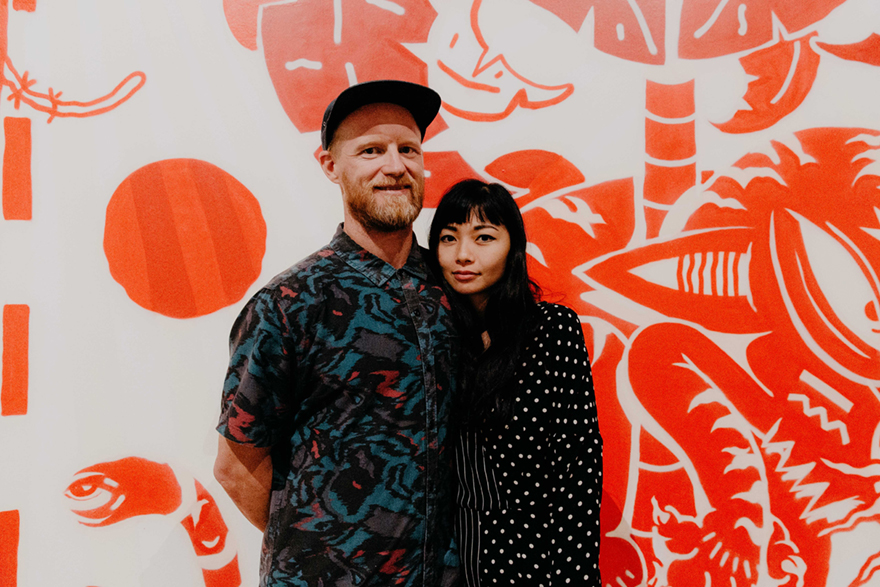 Sheryeo and Yok flew in from their studio in Brooklyn to create a fun piece that features animals taking over post-apocalyptic Singapore. Like the other commissioned mural pieces, Sheryeo and Yok’s “Outlaws of Style” will be gone in June. 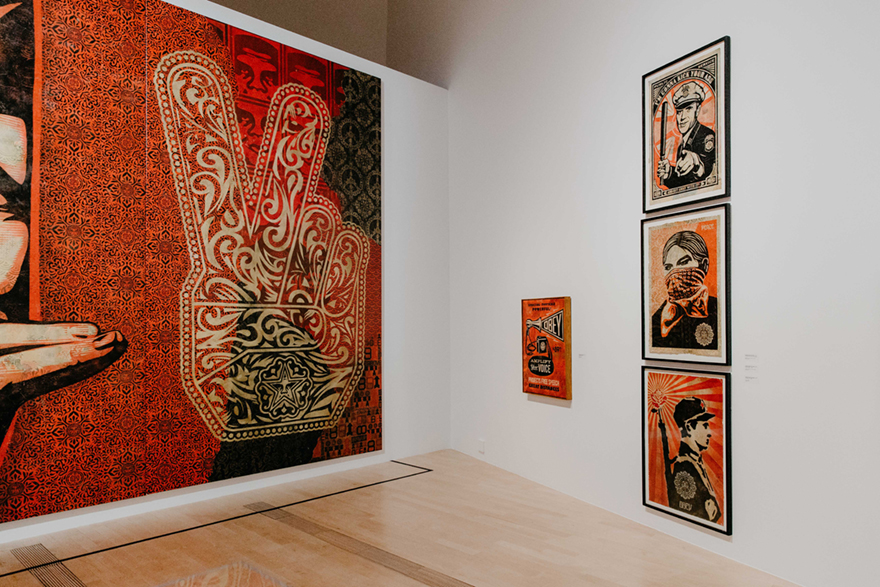 Another iconic Shepard Fairy piece on showcase at the ArtScience Museum is the “Obey Middle East Mural” (2009). Street artist Zevs liquidated a McDonald’s sign in 2000 as a protest against the McDonaldization of society. Andre Saraiva’s massive ceramic portrait of his iconic characters Mr. & Mrs. A is also on display at the exhibition. The piece was reportedly created in Shanghai and pays homage to traditional Chinese painting techniques. 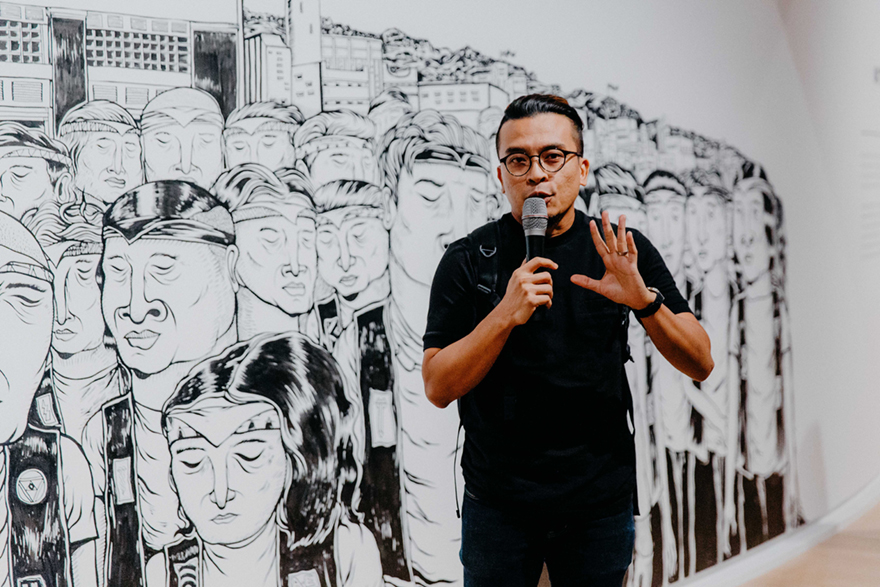 Prominent Singaporean artist Speak Cryptic painted the walls of the ArtScience Museum with his mural, “A State of Decline”. Fun fact: The Substation forms the backdrop of the mural. “Gilgamesh: The Quest for Immortality” is a commissioned mural by French-Algerian street artist Tarek Benaoum. What sets this mural apart from the rest is its use of calligraffiti, a combination of graffiti and calligraphy. Furthermore, the piece is created using interesting materials rarely used in street art such as gold leaf.

Stay tuned for our follow-up article on Art From the Streets, which will feature an interview by Magda Danysz. The exhibition is open from Saturday, 13 January to Sunday, 3 June.