ASAP Rocky x Under Armour Shoe: A Chunky Sole and a Muted Colorway

ASAP Rocky x Under Armour Shoe: A Chunky Sole and a Muted Colorway

The ASAP Rocky x Under Armour shoe will feature a chunky sole. 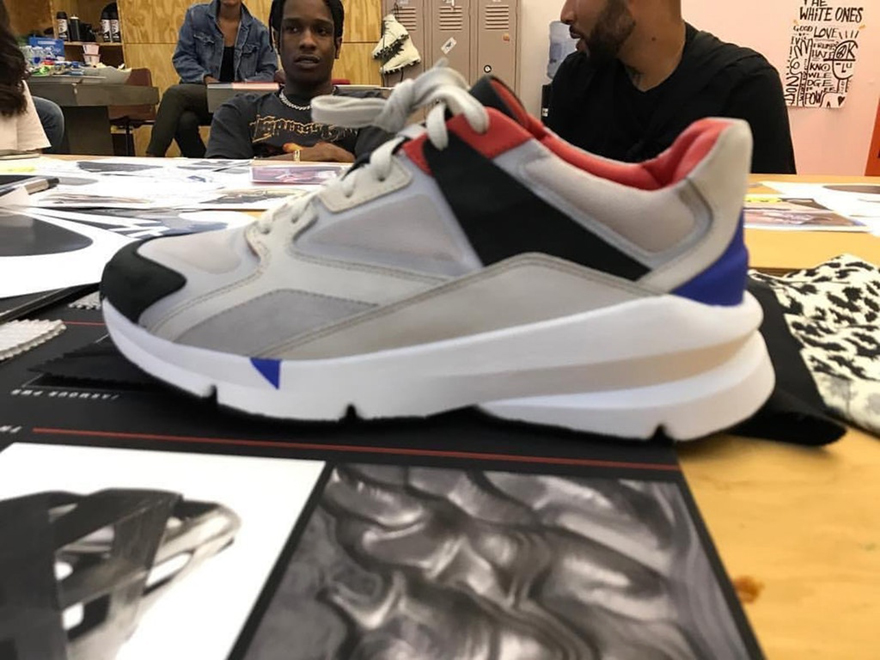 A representative from Under Armour has informed Straatosphere that the footwear, previously erroneously thought to be the ASAP Rocky shoe (a myth also debunked by ASAP Rocky himself), is in fact an update to the Under Armour Forge range that launched in 2017. More to follow from this lifestyle sneaker silhouette that will drop in Spring/Summer 2018. Stay tuned.

Reddit user @Crispyy_Waffle was the first to unveil the teaser image of the ASAP Rocky x Under Armour shoe.

The sneaker is dressed in a gray/black/red/blue colorway and its chunky sole doesn’t go unnoticed, lending the shoes a retro look and feel.

According to Sneaker News, the midsoles on this shoe were last seen on the Under Armour Sportswear’s Forge 1 collection which made its debut in November last year.

Apart from this leak, not much else is known about the sneakers. What we do know, however, is that ASAP Rocky’s signature UA sneakers will reportedly be released sometime this year.

So far the responses to the shoe haven’t been great. Some Reddit users have described the shoes as “bullshit”, while others claim that the shoes look like the Yeezy 700 except “much worse”.

As reported previously, ASAP Rocky’s signature shoe falls under UA’s Sportswear line, which includes both apparel and sneakers. The deal might also extend to the brand’s performance range.

The partnership will see UA providing impoverished youths in America with community programs ranging from fashion to sports.

What are your thoughts on the ASAP Rocky x Under Armour shoe? Leave a comment below.