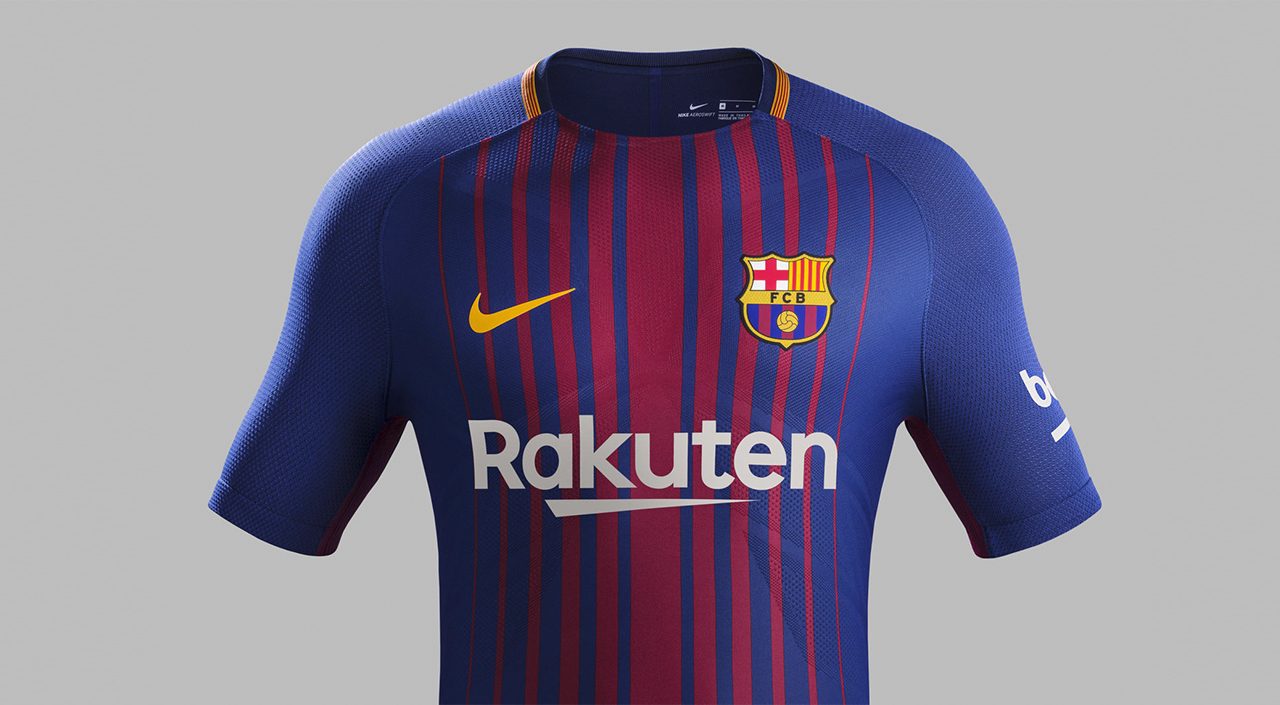 Barcelona FC’s latest home kit will come in the club’s traditional “Blaugrana” (Spanish for Blue and Deep Red) colorway. The jersey also sports several traditional features such as the Yellow/Red detailing on its neck collar, inspired by the Catalan flag, reports Champions.

Other details include the club’s new kit sponsor Rakuten emblazoned across the jersey. According to Champions, this is the first time that Barcelona’s jersey will bear the name of the Japanese e-commerce website.

Aesthetics aside, the new shirts feature engineered knit zones, enhancing the athlete’s fit and the feel of the shirt. In addition, the club’s Blue socks will feature Nike’s Grip technology – an anti-slip solution that Nike claims will improve the athlete’s traction and confidence, thus improving performance.

Barcelona FC fans interested in purchasing the club’s 2017/18 home kit can do so from Nike.com.