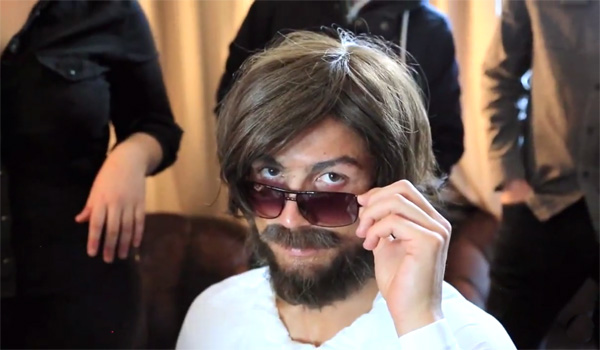 You might want to do a double take the next time you spot someone oddly familiar on the streets. Who knows, they could be a professional athlete, like Cristiano Ronaldo, in disguise.

Soccer maestro Cristiano Ronaldo recently took to the streets of Madrid, Spain, sporting a disguise and dribbling a soccer ball effortlessly, in a publicity stunt for ROC by Monster. Most bystanders ignored him, even when he got up close to them. Ronaldo also cheekily asked a girl for her number and was promptly rejected.

Only a kid by the name of Nicolás entertained Ronaldo, engaging in some back-and-forth soccer tricks with the pro. The youngster was rewarded with a signed soccer ball from the Real Madrid star, and it was only when the disguise came off that everyone started to realize what was going on and erupted into chaos, clamoring for photos of the Ballon d’Or award winner. What a way to draw a crowd.