The David Beckham x Adidas Predator Accelerator Cleats are released today, while the Turf and UltraBOOST shoes will be available from November 1 and 20, respectively.

This exclusive capsule collection celebrates 20 years of partnership between Beckham and Adidas, reports the Daily Mail. 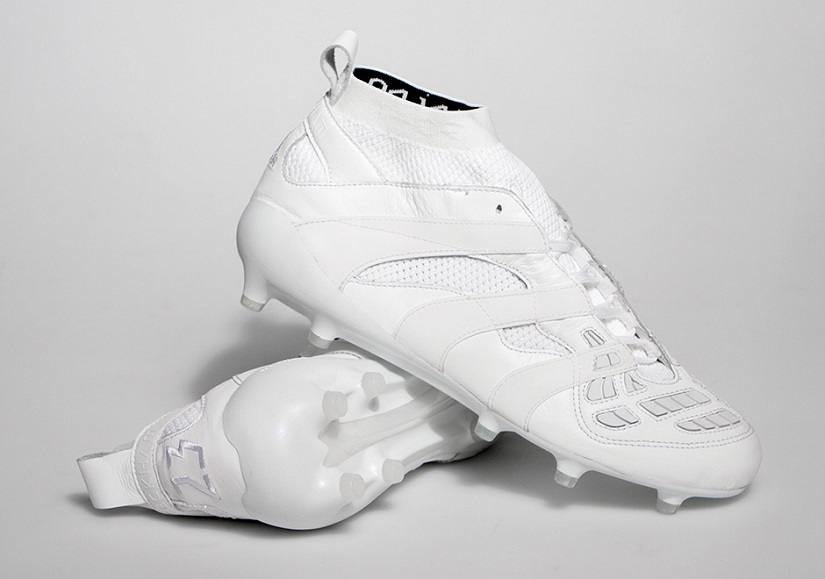 The Cleats, essentially a remastered Predator Accelerator boot, feature the same classic look as the ones Beckham wore when his team, Manchester United, won the treble in 1998.

The boot comes with an all-white Primeknit upper with reflective 3-Stripe panels. It’s also equipped with a kangaroo leather vamp with rubber studs and asymmetric lacing.

The Cleats retail for US$350 (approx. S$476), and come packaged with a David Beckham book and shoe bag. 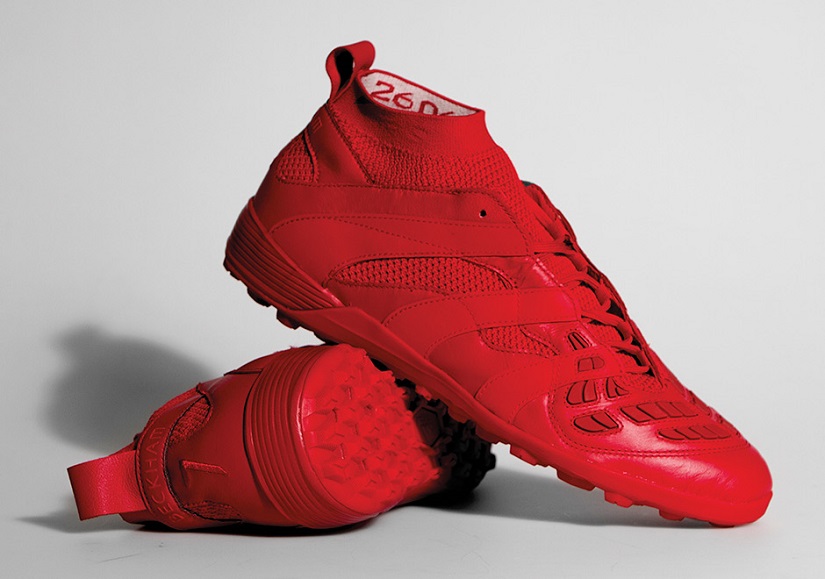 The second part of the series is the Accelerator Turf, which comes in an eye-catching red color scheme. Just like the Cleats, it features a Primeknit upper, Kangaroo leather vamp, as well as asymmetrical lacing.

Equipped with a full-length Boost and EVA midsole, it promises to deliver the “most responsive cushioning ever” and greater foot protection. Finally, there’s the David Beckham Accelerator UltraBOOST, which will come in the ever-popular “Triple Black” colorway. It also comes with Primeknit construction and reflective 3-Stripe panels.

Supported by a full-length Boost midsole and Continental rubber outsole, the shoe, Adidas claims, offers better support and traction regardless of weather conditions.

To learn more about the capsule collection, head over to Adidas.com.