adidas x DRAGON BALL Z
OFFICIAL ROLLOUT
EVERY PAIR COMES WITH THE CHARACTER’S FIGURINE
LIMITED EDITION
Which one is your favorite ? pic.twitter.com/CxB6BIbBmn

Images of the final three sneaker versions featuring DBZ characters Vegeta, Shenron, and Gohan have been released, thanks to Yeezy Mafia.

First up, Vegeta gets paired with the Adidas Ultra Tech adorned in white, yellow and blue colors. The magical dragon Shenron will have its colors draped all over the EQT ADV Support mid. Gohan’s character, on the other hand, will take the form of Adidas’ Deerupt runner in a completely purpled-out colorway. 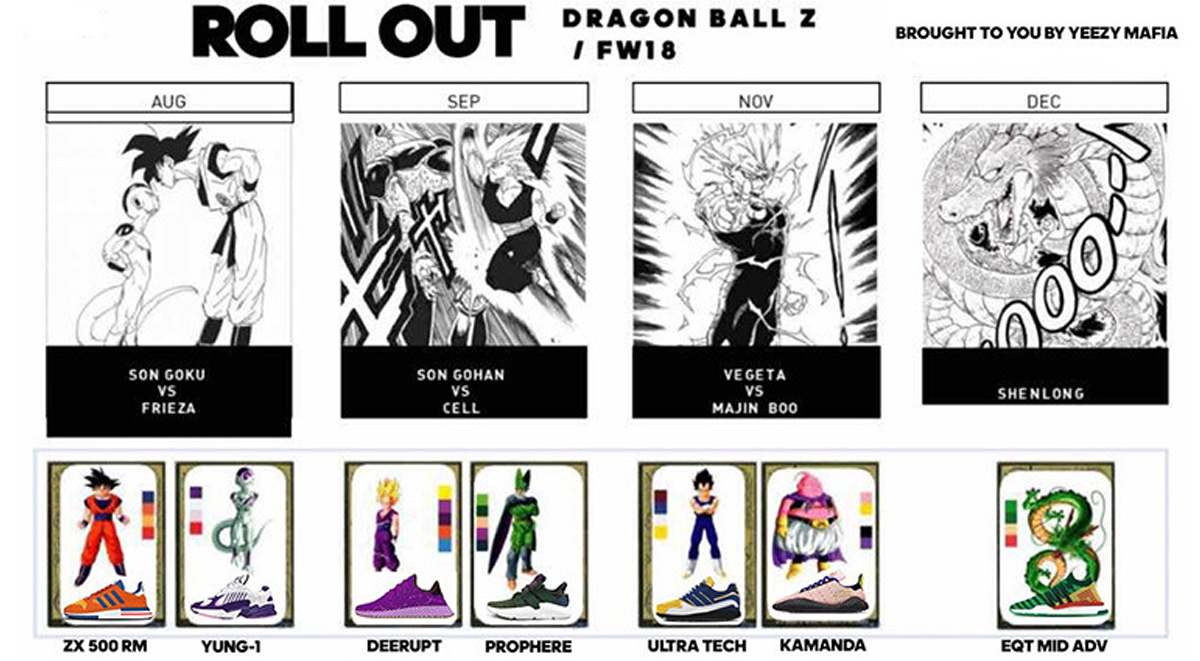 The information also suggests that the Dragon Ball Z x Adidas collection will roll out in four phases with releases in August, September, November, and December 2018.

As confirmed by Yeezy Mafia, Adidas chose to create buzz around its newer shoe models through this collaboration. Whether or not the idea will go down well with the fans remains to be seen.

Now that the full collection is out, what are your thoughts? Let us know in the comments below.