The FUBU x PUMA collab will be available in January 2018. According to Sneaker Bar Detroit, the PUMA x FUBU Tsuji Jun is speculated to be released on Friday, February 16, along with a collaborative Legacy t-shirt. The sneakers are expected to retail for US$130 (approx. S$172) while the collaborative t-shirt will cost US$35 (approx. S$46).

For a closer look at both the shoes and t-shirt, check out the image below: PUMA has announced that the PUMA x FUBU Suede will be available in Singapore from Friday, 26 January 2018.

Retailing at S$165, the collaboration footwear between PUMA and American Hip-Hop apparel company, FUBU, will be available for purchase at Limited Edt, Leftfoot and The Social Foot.

The FUBU x PUMA collection comprises both sneakers and apparel.

The sneaker collab features the PUMA Suede silhouette that comes with a black and red outer and branding in gold (image above). Other details include a textured PUMA outsole in black.

The second sneaker in the video features striking similarities to the Puma Tsuji Jun model. Just like the PUMA Suede, the shoes come in a striking black/red colorway, however they feature mostly a red outer (image below). 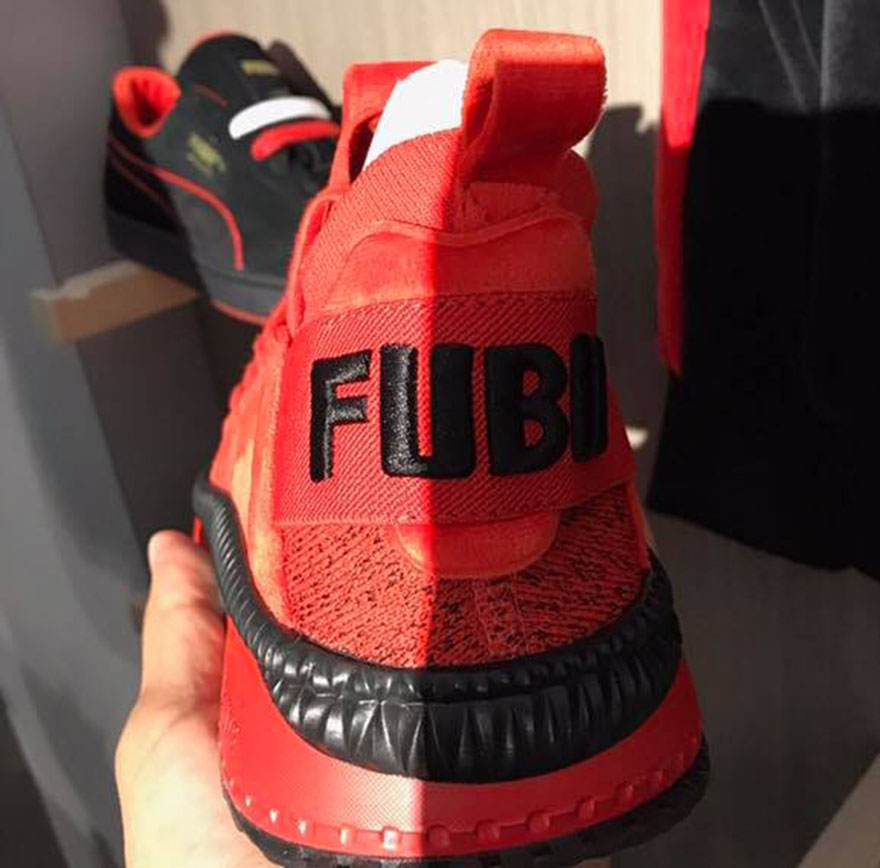 Sneakers aside, the collection will also feature several apparel pieces including a jacket, t-shirt, and track pants. Information on the garment pieces are still scarce but images show that all three pieces will display both FUBU and Puma branding prominently.

News of the exciting collaboration was first announced on Instagram earlier on December 5. Despite the lack of information, Instagram user @mrkeeyzo claims that the collab will be available for pre-order through FUBU’s newsletter (image below). Click here to sign up for FUBU’s newsletter.

For those unaware, FUBU is an American hip-hop apparel company. The brand was popular amongst musicians such as P. Diddy. Additionally, sources state that the acronym FUBU stands for “For Us By Us”.

There is little information surrounding the collab’s prices and release details. But while you wait, check out the teaser video above for more information. Don’t forget to check back with Straatosphere for more updates.