Footwear drops: This week is heavy on sneaker collaborations

Footwear drops: This week is heavy on sneaker collaborations

Sky high on the list of covetable drops this week is the Game of Thrones x Adidas Ultraboost collection. The list includes collaboration sneakers and OG reboots as well.

This week on footwear drops, we’re featuring almost all the major footwear brands in what looks like the hottest releases so far in March. Collaborations include the Converse x A$AP Nast Jack Purcell Chukka and the six-sneaker Game of Thrones x Adidas Ultraboost collection. That’s not all. We even have OG reboots coming in the form of the Reebok Instapump Fury Prototype and the Nike Shox TL. Let’s not forget Kanye’s latest Yeezy 700 V2 Geode. Check out all the details you need to cop below. 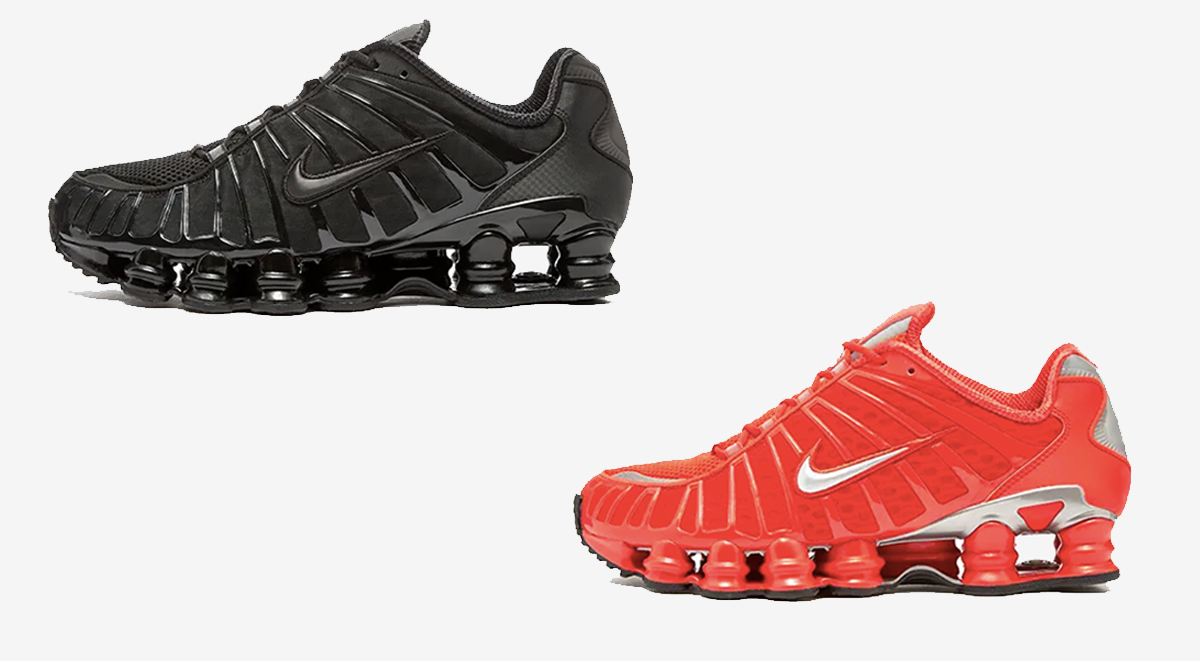 The OG Shox TL returns in two colorways – one all murdered out in black and another in Speed Red. The full-length Shox cushioning along with the glossy and metallic makeup will surely turn heads in the gym and even the streets. Nike rolls out a ‘Northern Lights’ inspired sneaker collection featuring the Air Max 95, Air Max 97, Air Max 270 and the Air Max Deluxe dipped in dreamy colorways. The beauty of the Aurora Borealis is detailed on the iconic Air Max sneakers, with accents of ‘Regency Purple’ and hits of ‘Laser Fuchsia’ in an iridescent finish. 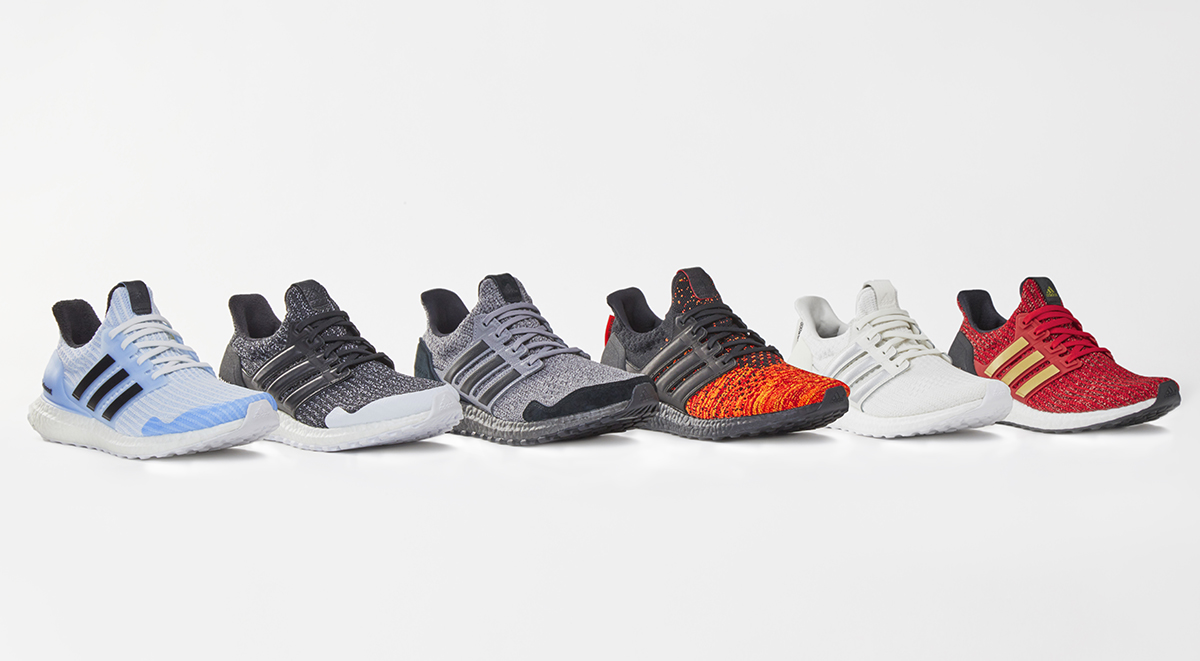 The six-sneaker Game of Thrones x Adidas Ultraboost collection set to launch this week will surely get fans buzzing. It’s your chance to come out as a proud fan and wear the colors of the camp you’re siding with in the feverishly-anticipated final season of the series. Each of the three powerful houses – the Starks, Targaryens and Lannisters – as well as the White Walkers, Night’s Watch and the Targaryen dragons will receive its own Ultraboost iteration. 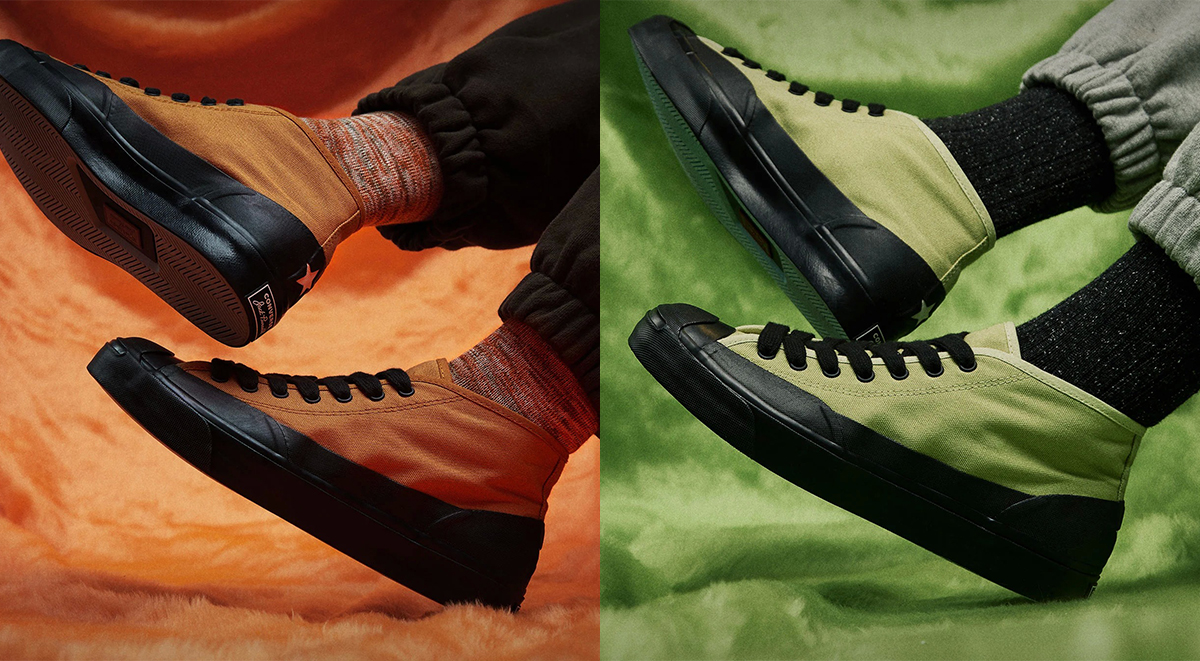 The Harlem-based rapper, A$AP Nast, puts his magic touch on the classic Converse Jack Purcell with a chukka makeup. The mid-top sneaker comes in an orange “Pumpkin Slice” colorway and a green “Beechnut” colorway. Both colorways are contrasted with black accents that extend from the bottom half of the upper, all the way to the midsoles. while its slick black accents work their way up the sidewalls. It takes a brave visionary to reinvent the Jack Purcells. A$AP Nast nails it with this one. 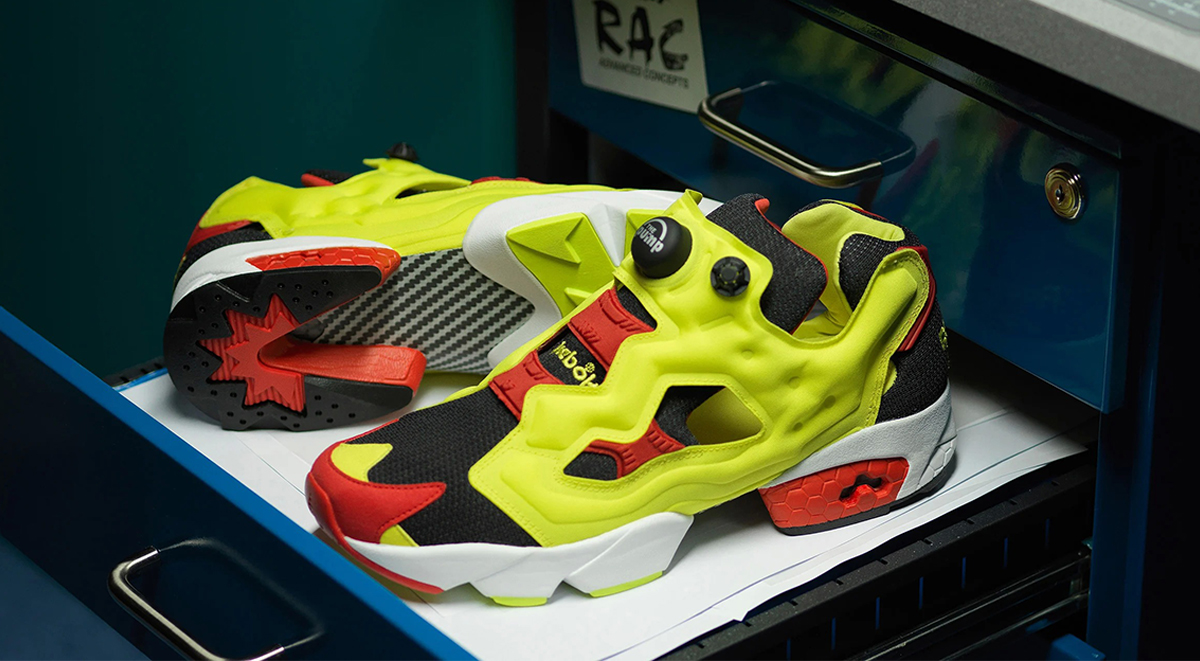 Reebok’s incredibly rare Prototype edition of the Instapump Fury returns to celebrate the 25th anniversary of “The Pump”. The remake will feature a similar deconstructed makeup in the original colorway. Only 1994 pairs will be made available, to pay homage to the sneaker’s debut in 1994. The latest Yeezy 700 drop will come in the lineup’s V2 iteration. As its name suggests, the Yeezy 700 V2 Geode takes inspiration from volcanic rock. Besides the streamlined design lines on the reflective panels, the sneaker features a cool grey colorway and roller knit uppers mixed in with leather and suede overlays. Comfort is key here with Adidas’ famous Boost cushioning housed in the chunky midsole, capped off with a gum-colored outsole.

Is the Game of Thrones x Adidas Ultraboost collection the best drop this week?  Let us know your top pick in the comments below.