The final season of Game of Thrones is finally here and if you can’t get enough of the hit series, we’ve got good news for you. HBO Asia brings the Iron Throne to Singapore along with a special showcase of the custom-designed Game of Thrones x SBTG sneakers.

While the Emmy-winning fantasy series will come to a close this season, fans in Singapore will get a chance to seal memories to last a lifetime this month. From now until April 30, the four Game of Thrones x SBTG sneakers will be on display alongside the Iron Throne at the Limited Edt Chamber store in The Shoppes at Marina Bay Sands. The collaboration sneakers are not for sale; instead, HBO Asia will be giving away the one-of-a-kind kicks to four lucky fans. First, here’s what you can expect at the Game of Thrones x SBTG showcase. The Game of Thrones x SBTG sneakers are on display at Limited Edt Chamber store from now until April 30.

These bespoke pairs feature designs inspired by House Stark, House Targaryen, House Lannister and the fearsome Night King. But of course, SBTG’s signature military patterns feature heavily in the designs as well. You’ll have the chance to get up-close and personal with these sneakers at the showcase. 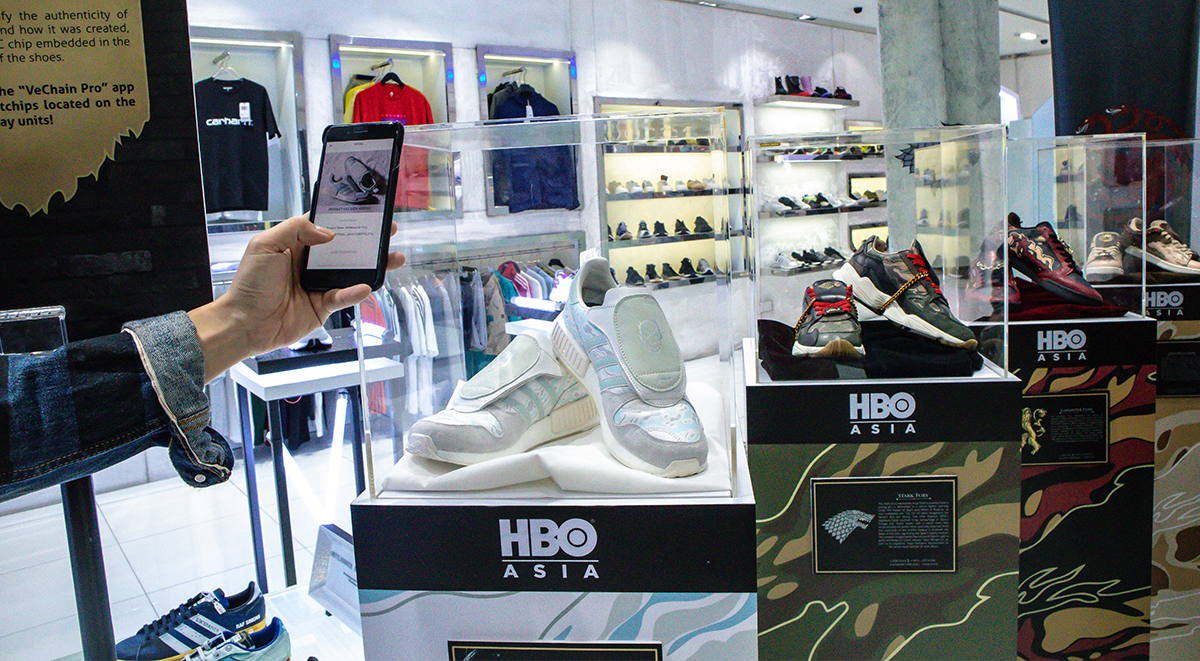 Fans will get to test out the authentication technology embedded in the custom-designed sneakers via an app.

SBTG has collaborated with VeChain once again to produce and embed encrypted smartchips on these custom sneakers. As part of the showcase, fans can test out how this sneaker authentication technology works. Plus, you’ll also get to watch the behind the scenes process of creating the sneakers. Be sure to download the VeChain app on Google Play and Apple Store if you’re looking to try out.

Head down to Limited Edt Chamber store in The Shoppes at Marina Bay Sands from now until April 30 to check out the display and have your turn on the Iron Throne. For a chance to win the Game of Thrones x SBTG sneakers, take part in the HBO Asia contest and submit your most creative answers.

Will you be checking out the showcase? Tag the biggest Game of Thrones fan you know in the comments below.

Read more: Yung Raja shares his experience of hosting the debut season of Yo! MTV Raps