Once fierce rivals on the pitch, retired soccer players Gary Neville and Jamie Carragher somehow managed to avoid tearing each other apart when it came fielding their dream team for FIFA 16.

Picking out a dream soccer team should be a walk in the park, right? Not for Gary Neville and Jamie Carragher. The former defenders who played for Manchester United and Liverpool respectively may be working together now as pundits for Sky Sports, but when it comes to selecting a lineup on FIFA 16’s new Ultimate Team, they can’t quite agree on who should fill the spots.

There’s that huge disagreement about whether Steven Gerrard, who used to play alongside Carragher during his career, should be captain of the dream team. Then there’s Neville’s snide remarks about how he can’t understand a word Carragher is saying. Throw in a goalscoring moment that almost leads to a hug between the two, and you have a fine example of how rivalries may be swept under the carpet, but are never quite forgotten. All we can say is well played, FIFA. 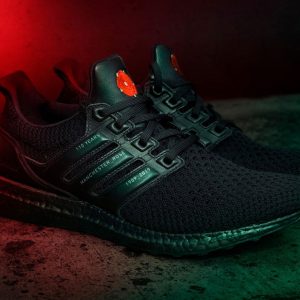