A follow-up to their 2018 Gel Lyte III, Limited Edt and SBTG are set to release the Asics Gel Lyte III Monsoon Patrol 2 on January 7, 2021. 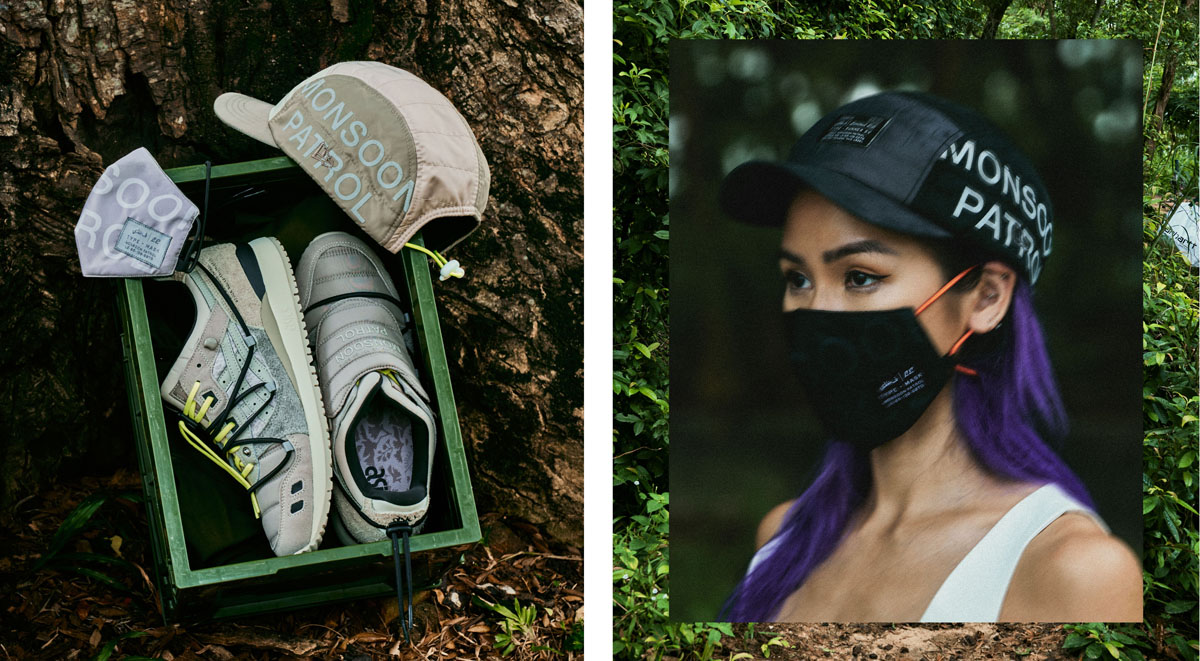 Update: January 6, 6pm (Singapore time)
Through a series of Instagram posts, Limited Edt and SBTG have unveiled the super limited black colorway of the Asics Gel Lyte III “Monsoon Patrol 2”. The sneaker sports an identical construction with an entirely color-matched black upper. The only pop of color comes in the form of an orange lace that makes up the “Rebel Lacing System”, white stitching and technical texts.

All 300 pairs will come with a special dog tag indicating its limited edition status. Most pairs will be given to friends and family of SBTG and Limited Edt, with a select number of pairs being sold to the public. In order to qualify, you first have to purchase a pair of the grey Gel Lyte III “Monsoon Patrol”. Random pairs will come with a special invitation to buy the black colorway along with a dog tag – it’s all down to chance. Learn more at Limited Edt’s Instagram page, @limitededt_sg. 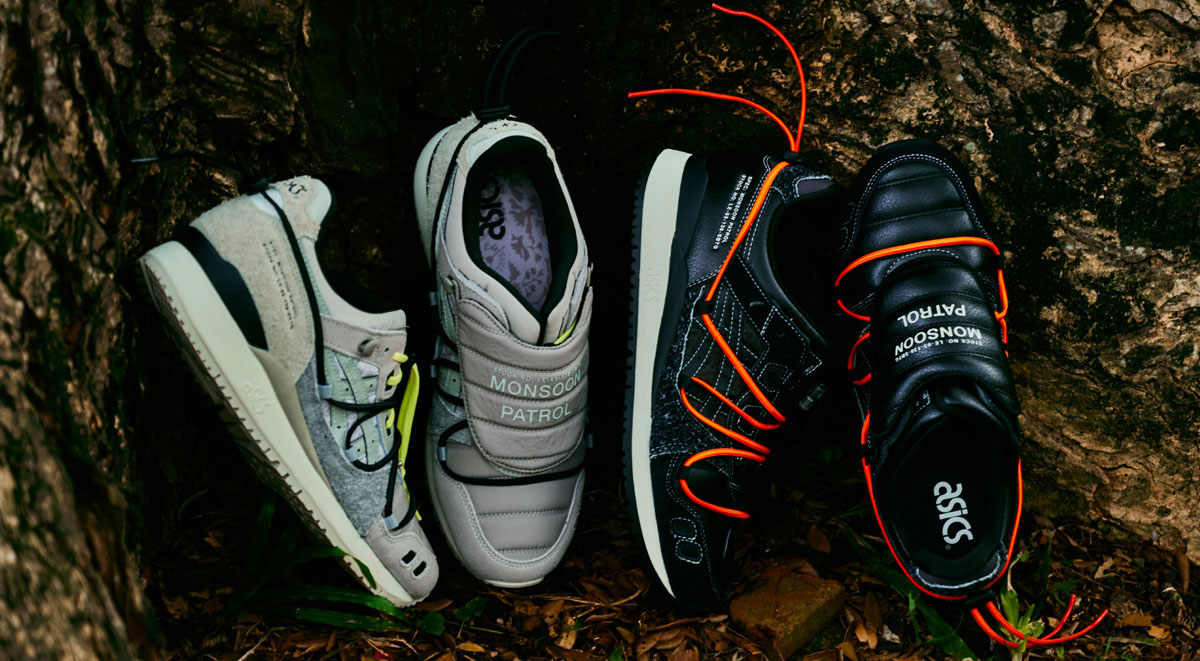 Limited Edt and SBTG have joined forces to introduce a follow-up to their 2018 Asics Gel Lyte III Monsoon Patrol dubbed the Asics Gel Lyte III Monsoon Patrol 2. The updated sneaker sports a colorway called “Lichen Green/ Piedmont Grey” which features muted hues of grey and pastel green. The sneaker was first unveiled at Culture Cartel 2020 and will finally be available to purchase on January 7, 2021. Here’s a closer look at the sneaker. 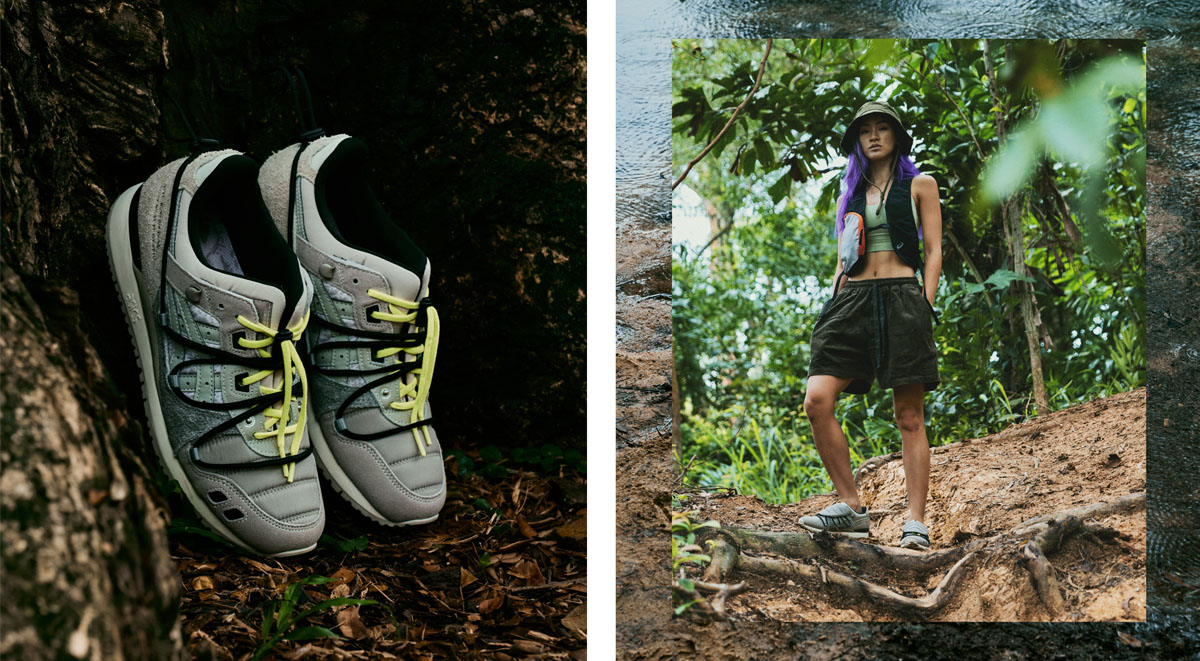 Unlike the camo-colored version released in 2018, the new Asics Gel Lyte III Monsoon Patrol 2 gets a monochromatic grey and green colorway that’s applied to a mix of nylon and suede panels. Another notable difference is the inclusion of the “Rebel Lacing System” that’s layered over traditional laces at the midfoot of the sneaker with the addition of elastic laces and toggle features, making it easier to slip on.

All else on the sneaker remains unchanged. The Gel Lyte III will receive a waterproof construction designed to survive our tropical weather, just like its predecessor. Further enhancing its water proof features is the recognizable lace shroud, which sports the “Monsoon Patrol” wordmark. 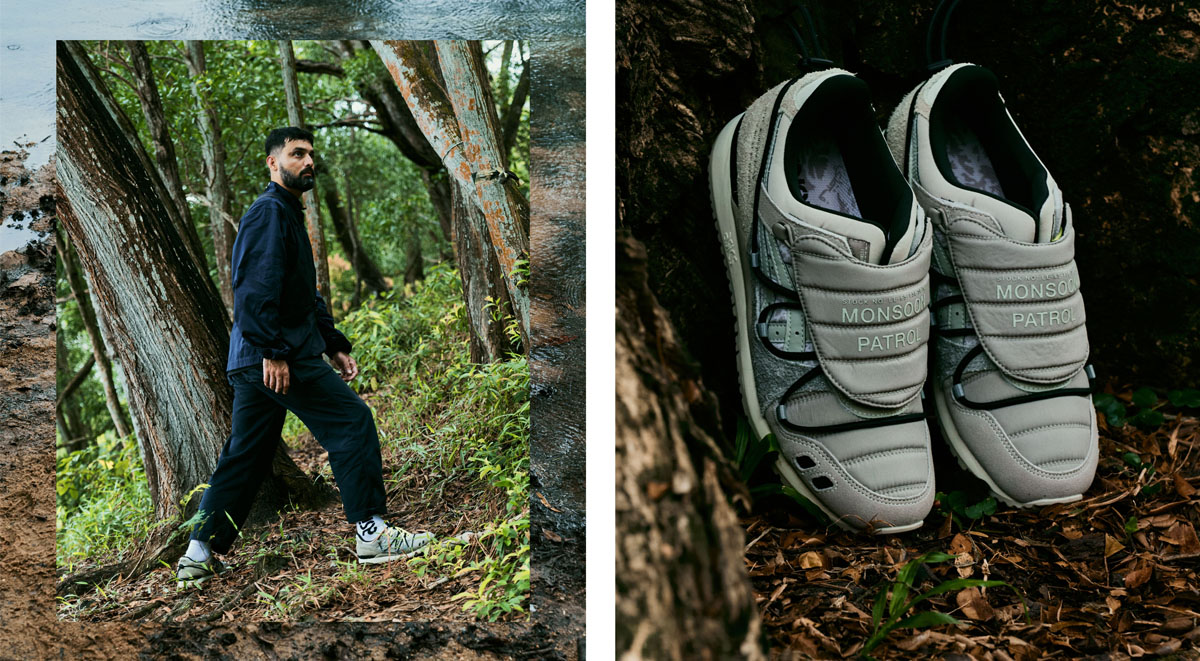 SBTG’s influence is most prevalent on the insole and the Asics logos, both of which receive his signature Parsilia camouflage print. The custom print is color-matched to the muted greys and greens and is featured throughout the sneaker’s design.

Everything sits on the classic Asics Gel Lyte III midsole—one of the most celebrated applications of Asics’s Gel technology. The Limited Edt x SBTG x Asics Gel Lyte III Monsoon Patrol 2 drops on January 7 and will retail for S$209. It will be available at limitededt.com, sbtgsurplus.com, Limited Edt Vault at 313 Somerset and Chamber at Wisma Atria.

Stay tuned for more details on an upcoming triple black colorway that is said to drop soon after the January 7 release.