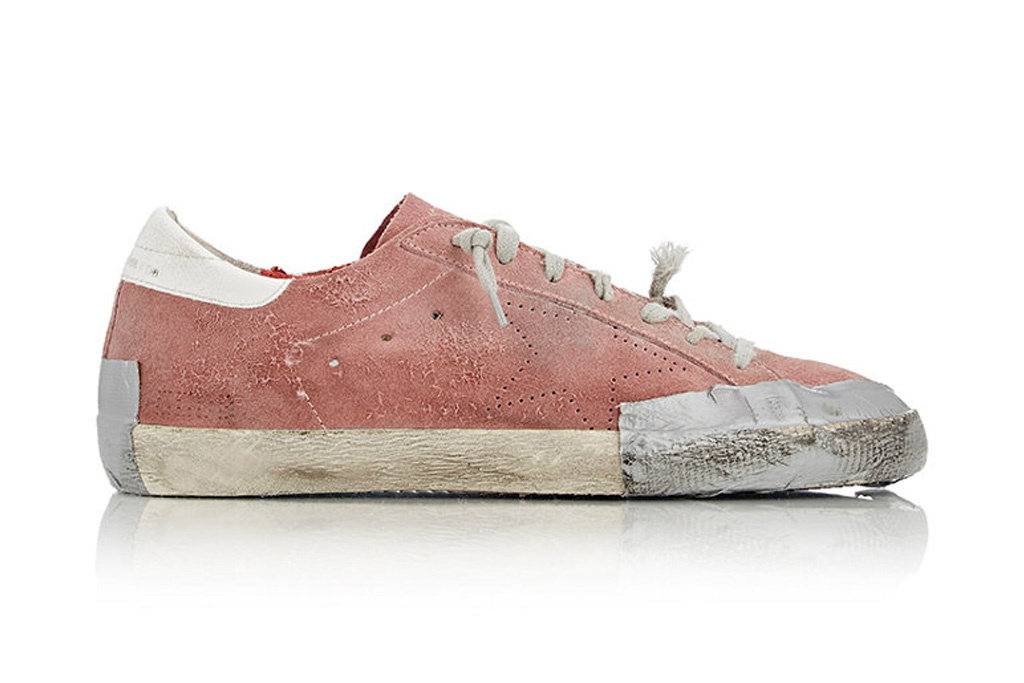 These distressed Golden Goose sneakers are definitely not for deadstock sticklers.

Priced between US$242–620 a pair, these kicks look like they’ve seen better days. Each pair comes with dirtied midsoles, frayed laces and parts of the shoe looking like they’re being held in place by duct tape.

According to its founders Alessandro Gallo and Francesca Rinaldo, it’s the scruffs and signs of wear that make the shoes from the Italian fashion brand so unique.

Twitter reactions have been polarizing so far. While some users point out that Golden Goose specializes in making such sneakers, others simply cannot comprehend why anyone would pay good money for them. Some have also accused the brand of “poverty appropriation” by making footwear sold at luxury prices that mimic shoes belonging to the homeless.

Golden Goose sneakers are trash obvi, but smh at people just learning that rich jerks spend whatever to appear down to earth/working class

Would you wear Golden Goose distressed sneakers? Tell us in comments below.