Good Times, a party held first Friday of every month at Blu Jaz, will be celebrating its 6th Anniversary this Friday with a crazy music lineup and lots of exciting goodies. Don’t miss! 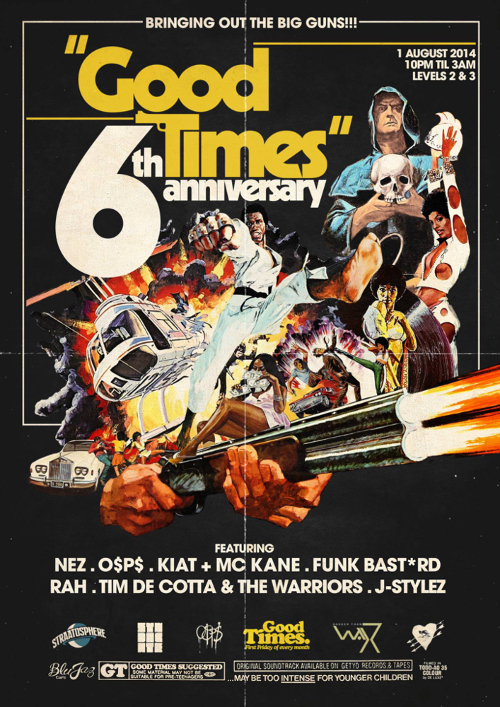 It has been six solid years since Good Times first burst into the scene, much to the relief of those who appreciate an unpretentious set-up and fuss-free fun. To celebrate, Good Times is bringing out the big guns for its 6th Anniversary party this Friday, August 1st.

Its founders, Syafii Ghazali and Eric Foenander (read our interview with them here), have gone all out to curate a lineup comprising collaborators-turned-friends, including DJs Nez, Rah, O$P$, J-Stylez, Funk Bast*rd, Kiat + Kane MC, as well as live band Tim De Cotta & The Warriors.

Unlike regular Good Times parties that only occupy the second floor of Blu Jaz Cafe, the 6th Anniversary party will occupy both the second and third floors of the joint. That only means everything you love about Good Times, times two. Level Two will feature sounds ranging from dancehall to house, bass and jungle, which is, “an open, eclectic mix that’s representative of a typical night at Good Times,” said Syafii.

If you’re into hip-hop, head up to Level Three where there’s also a live set by Tim De Cotta & The Warriors. Make sure you stick around for the special guests who will come on stage during the interlude – we’re not saying who!

Remember how MC Roz stole the show at the Straatosphere anniversary party? Yup, he’s hosting this event too, so don’t be surprised if the funnyman saunters up to you for an impromptu chat on the mic. 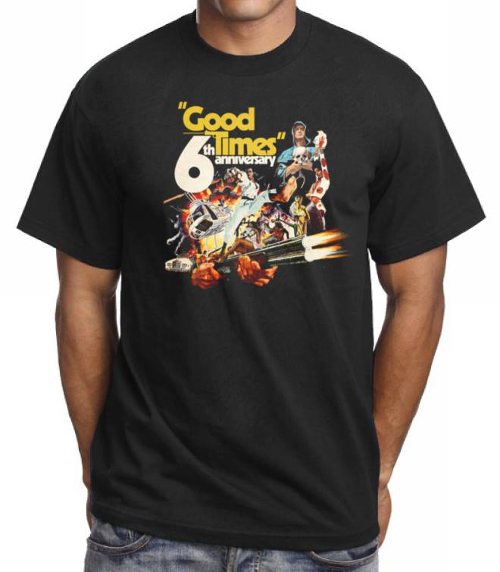 What’s a party without merch? If you dig the event poster (first image), you’d be pleased to know that Eric, the man behind the artwork, will be selling 20 pieces of it at the event. These A3-sized, numbered and signed editions will go for S$20 a pop and we expect them to sell like hotcakes. Also up for pre-order are event t-shirts, which go for S$25 a piece; shoot Eric an email with your size and he’ll work it out with ya. Grab these goodies while you can!

As always, entry is free and clothing is optional, so just bring the good vibes and let the Good Times crew settle the rest. For updates on the party, follow Good Times 6th Anniversary Partay on Facebook.