A recent study has shown that hip-hop is the song genre with the least number of drug references. 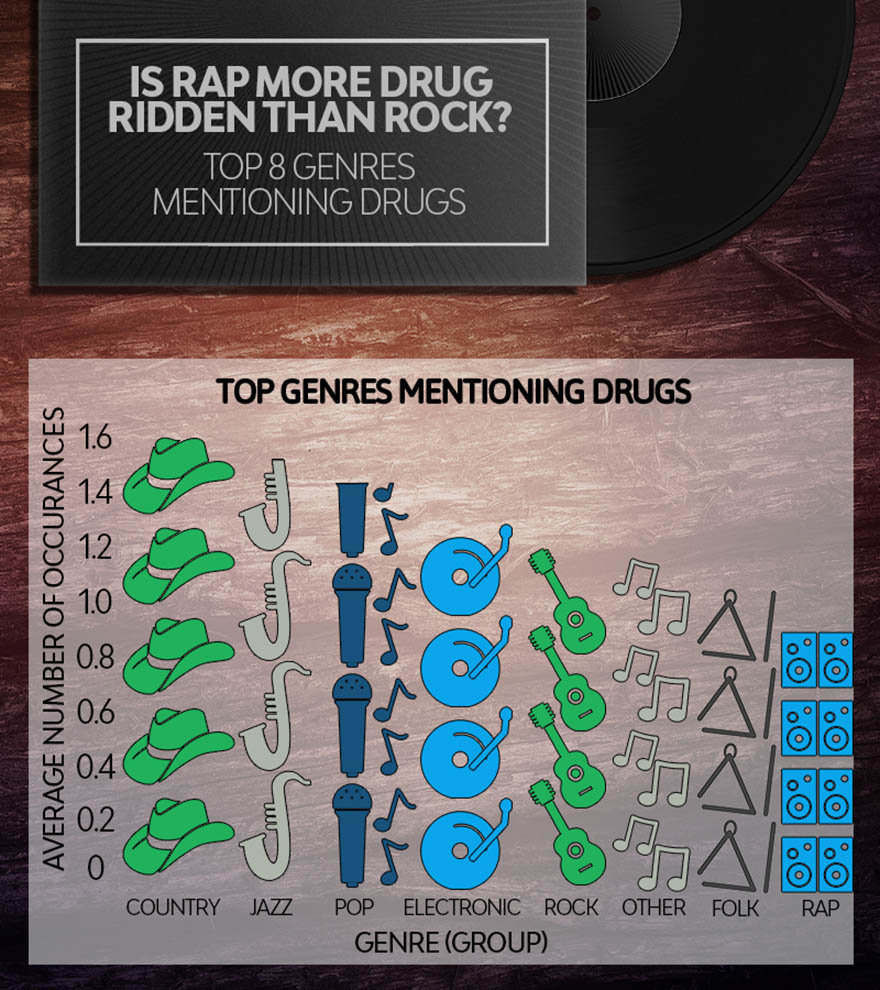 We can’t beat the stats. The study by Addictions has charted out the amount of drug references in music genres, and hip-hop ranked the lowest. Surprisingly, country music topped the list.

Other genres included in the study include pop, rock, jazz, folk, electronic, country, and others. The website sieved through song lyrics and the following terms are the keywords that aided in the search:

As you can tell, they were pretty detailed during the search. Results showed that country music had the most amount of drug references, and hip-hop had the least. The emcees and rappers that had the highest amount of references were: Kottonmouth Kings, Eminem, The Game, Lil Wayne, Jay Z, Tech N9ne, Too Short, ICP, Bone Thugs & Redman.

Other results of the study conclude that weed was the favored drug across all genres. To have a look at the other findings of the study, visit here.