Will the HTC One M8 smartphone follow up on the success of its predecessor to become a worldwide sensation? We put this metal to the test.

When the original HTC One was launched last year, it garnered much attention thanks to its all-metal unibody frame that was a first in the smartphone market.

The HTC One was eventually awarded Smartphone of the Year at this year’s Mobile World Congress and expectations were certainly raised for its follow-up model.

With their work cut out for them, HTC set out to refine the features that made the HTC One such a hit and this culminated in the HTC One M8 that’s out in market now. On the exterior, the M8 retains the signature sleek metallic look and feel we’ve come to appreciate while adding more curved edges. Though it has a solid finish, we recommend housing it in a protective case to prevent unsightly dents should the phone be accidentally dropped (especially while juggling between phone and pulling up your pants in the loo, eh?)

A 5-inch Full HD screen takes care of the display and is a comfortable size for most consumers. The battery is non-removable but this shouldn’t pose an issue with the plethora of mobile chargers available. 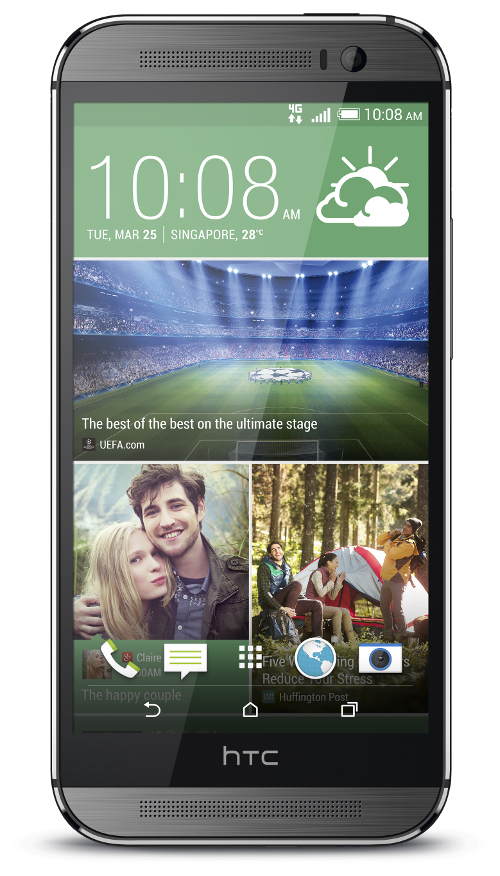 At the back of the phone, we spotted two camera lenses instead of one. This is part of a new feature known as Duo Camera, where the dual lenses capture depth of field information to enhance the photo-taking experience. For instance, users can alter the focus of the image using the UFocus function, perfect for shots where everything but the subject is blurred.

There’s also a built-in dual flash that senses lighting conditions and selects the right tone and intensity when the shot is taken. This helps to prevent washed-out or over-exposed photos – alienating the demographic that cannot go without their favorite, awful Instagram filters. 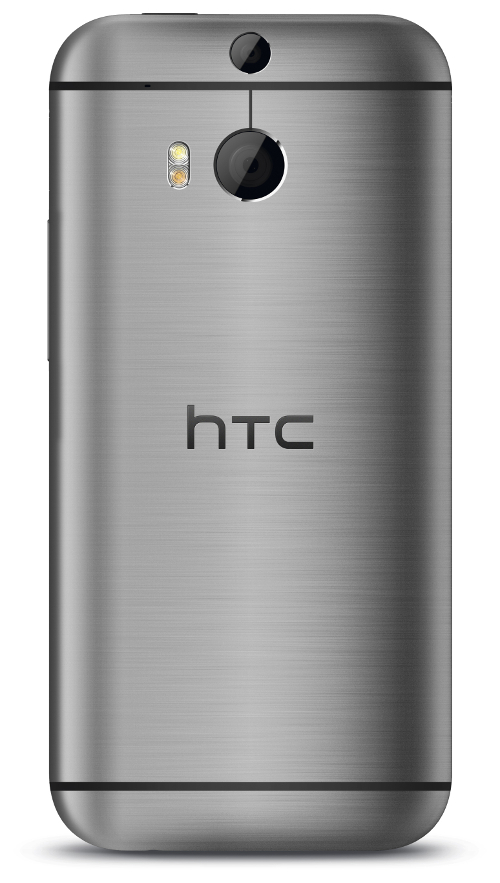 Internally, the M8 packs a powerful punch with a 2.5GHZ quad-core processor and 2GB RAM. Paired with the Android 4.4 (KitKat) operating system, the phone works smoothly without any noticeable lag. HTC has included its Sense 6 user interface which comes with useful gestures for added convenience. For example, while the screen is off, picking up the phone in landscape orientation and pressing the volume button activates the camera app.

4G LTE and dual-band Wi-Fi provide fast broadband speeds and make the loading of Internet content a speedy affair. Storage is ample with 16GB of internal memory, but if you’re a music and video junkie you can always slot in a microSD card; the phone supports up to a massive 128GB of external storage.

Notwithstanding these top-of-the-line specifications, what impressed us the most about the M8 was the incredible audio experience it presented. While most smartphones have their speakers at the back of the phone, HTC bucks the trend by placing the speakers at the front. The M8 contains the enhanced HTC Boomsound technology, along with a new multi-band amplifier and tweaks to the software that helps to boost the sound produced.

We weren’t convinced till we played our favorite tunes and boy were we impressed. Notes were crisp, bass was solid and none of the details were lost. We chucked our earphone aside in favor of blasting the music out loud.

Overall, the HTC One M8 is a smartphone that’s worth getting. We enjoyed its audio capabilities and impressive camera functionality, but will definitely slap on a protective case to prevent the sleek all-metal exterior from sustaining scratches and dents.

The HTC One M8 is now available at all three mobile operators (M1, SingTel and Starhub).

Update: The Amber Gold Edition of the award-winning (most recent being the Computex d&i Awards) HTC One (M8) will be available in Singapore this coming Saturday, June 21st!