Footwear drops: October kicks off with the Human Made, Adidas and Pharrell sneaker collaboration

Footwear drops: October kicks off with the Human Made, Adidas and Pharrell sneaker collaboration

The first round of October releases features impressive collaborations which include the Human Made x Adidas Pharrell NMD Hu. Start your month right with new kicks in your sneaker rotation. Here’s a list of footwear drops you should keep an eye on.

October is off to a good start with a couple of highly-anticipated releases on the calendar. All eyes are on the Human Made x Adidas Pharrell NMD Hu collaboration sneaker. Nike’s collab with Chicago-based artist, Cody Hudson, and a new Adidas Nite Jogger colorway also feature on the list this week. Plus, there’s an extremely limited debut of the Adidas x Reebok Instapump Fury Boost. Get the details below. 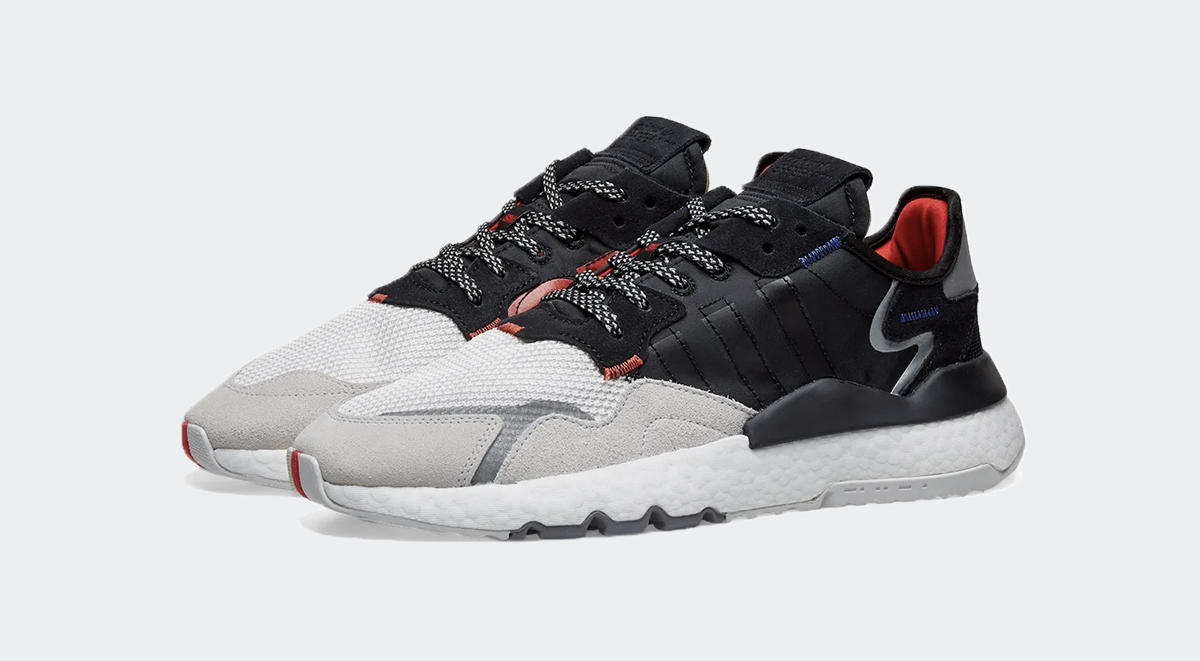 Adidas has gone heavy on the retro releases recently, revamping some of its older models with modern technology. The Nite Jogger – a sneaker from the ’80s – is one example. Originally a running silhouette, the sneaker now finds new life as a lifestyle model featuring a host of reflective details for night-time visibility – hence, the name Nite Jogger. The sneaker features a new black, white and grey colorway with its usual mesh upper and suede overlays, coupled with a full-length boost midsole. Retailing at just S$155, you’re getting plenty out of the sneaker, with stand-out reflective details and a large 3M logo across the side panel.

Where to buy:
END Nike pulled in Chicago-based artist Cody Hudson for a unique spin on its lineup of sneakers. In the spotlight is the Air Zoom Pegasus 36, remixed with shapes and colors adorning the upper and finished off with a yellow swoosh and a matching gradient streak on the Zoom midsole. Need a vibrant pair of kicks for running? This S$165 pair will do just fine.

Where to buy:
END The upcoming Human Made x Adidas Pharrell NMD Hu is definitely the sneaker on everyone’s radar this week. Pharrell’s signature sneakers may have dipped in popularity but this partnership with Human Made – founded by Pharrell’s friend and streetwear tastemaker, Nigo – may reverse that trend. The sneakers feature clean white uppers simply marked with Human Made’s logo on the midfoot with matching red laces and a trail outsole. The steep price tag, at S$380 (local pair), might just be worth the weight of this massive collaboration. If not, turn your attention to the Solar Hu and Tennis Hu iterations included in the collection as well. A rare collaboration between Adidas and Reebok makes its debut this week. It’s a mouthwatering combination that sees Adidas’ Boost technology paired with the iconic Reebok Instapump Fury silhouette. Co-branded taping features on the mid-foot along with a “Pump x Boost” stamp at the back of the heel. Unfortunately, the sneaker will only drop in Japan at Atmoscon this Saturday, October 5; a wider release is planned for later this year. If you’re already heading to Atmoscon, then you’re in luck.

Where to buy:
Atmoscon Japan

Which of these releases would you cop this week? Let us know in the comments below.