Juffrie Friday has shot videos for music, fashion and travel, but he feels most for activities that involve a board on wheels. We speak to the modest young maestro about his passion for skateboarding, how he got his start, and his aspirations for the future. 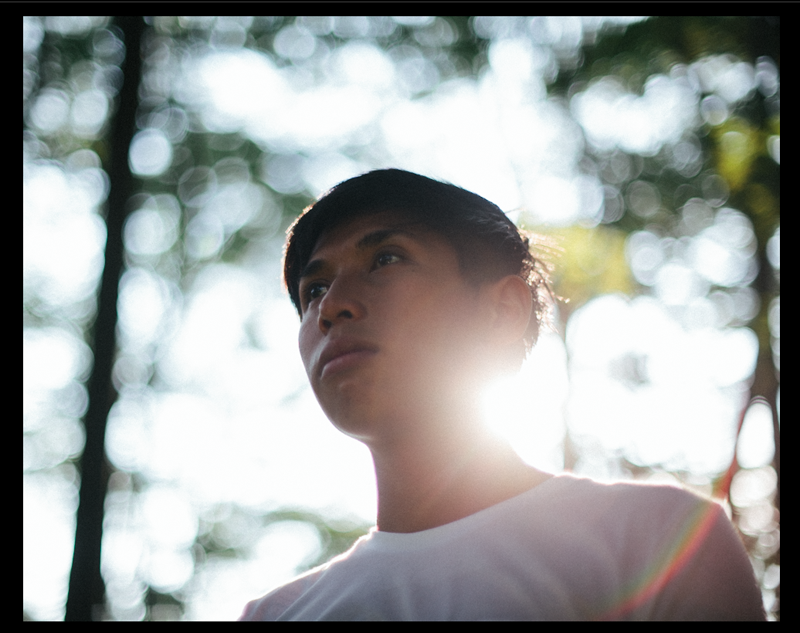 He has shot many iconic fashion, skate and band photographs alongside a slew of music, skateboarding and travel videos that have been raved about. No, I am not talking about Spike Jonze; I refer instead to an extremely talented gentleman from the West Coast of Singapore – Mohamed Juffrie bin Mohamed Juma’at aka Juffrie Friday, a creative wunderkind who has put Singapore on the world map with his photography and video work that has been showcased on many top global creative mediums.

I sat down and chatted with this modest young maestro to discover more on how he got his start, his passion for skateboarding and his aspirations for the future.

For the good readers of Straatosphere, please introduce yourself:
My name is Mohamed Juffrie bin Mohamed Juma’at; I take photos and shoot videos and I’m 24 this year.

What’s the story behind your alias of Juffrie Friday?
I was late in getting a Facebook account and there were already three other ‘Juffrie Jumats’ listed. I wanted to create something different so I decided to go with Juffrie Friday (Jumat is malay for Friday). It was just for fun until I shot for one of the local digital magazines and they suggested crediting me as Juffrie Friday, citing that it had more character. Since then the name just stuck.

How did you get started in your creative endeavors?
My first video assignment was back in Secondary 3 when I participated in Schools Video Awards (SVA). Initially it was more of a chore and requirement, but surprisingly I had fun filming with my good friend Adi Sufian and we won the Silver Award for that competition along with the Best Actor prize.

For photography, my dad passed away when I was in Primary 3 and years later I found an old camera that belonged to him. I decided to ask my mom for a camera for my birthday and eventually she bought me a Nikon D50.

I’ve been a skateboarder since forever and have always been inspired reading Thrasher Magazine and (skate photographer) Atiba Jefferson’s works. So I decided to start shooting my own skateboarding adventures and began learning from there.

The Urban Playground | Skatorialist from Juffrie Friday on Vimeo.

What did you study in Polytechnic?
I did a diploma in New Media at Republic Polytechnic. That course taught me a bit of everything: from typography to film production, basics like how to operate a camera, working with lights, designing, composition, etc. Students got to explore their niche, and through this I realised that my forte was in filmmaking.

Run us through some of the clients you’ve done work for.
Hmm let’s see… I’ve done work for local magazines covering mostly fashion, nightlife, and events, as well as for brands such as Nike, DC Shoes, Burberry and Sennheiser. I’ve also done ads for Mark Ong (SBTG, Royalefam) and most recently, HUF Singapore.

Amidst this wide range of subjects, which is your personal favorite?
Definitely skateboarding man. It makes me very happy to see the Singapore skateboarding scene grow.

Tell me more about your passion for the skateboarding scene in Singapore.
In my travels I’ve met many skateboarders from many different countries around the world and I what I realise is lacking in Singapore is the bond within the local skate community. I feel that companies aren’t putting in enough money to support the scene. Aside from the ECP skate park, many of the other skate parks built by the government aren’t built around feedback from skaters themselves…

Like the Chinese Garden spot where you ‘drop in’ to shit….
Exactly! That spot has a grind box but no run way leading to it. It’s a waste.

Does it worry you how competitive your chosen field of work is?
It does a little. Even back in school some of my course mates switched from design to business courses because they worry about being able to succeed in the creative industry here.

I’m solely a freelancer for now but I’m trying to market myself via ByJuffrie as a production company and consultant so that clients can go direct through me. I’ll see how it goes; business has been good so far but I’m always concerned about the sustainability in the future.

What projects are you currently working on?
I’m still working on a Singapore skateboarding documentary. I’ve been compiling footage since 2012; I’m still filming and interviewing people who’ve helped shape the scene. I might release it late this year or it might drag till next year….

And this is an independent thing?
Yup, it’s my personal project. I’m also working with my girlfriend, who is a curator, to do a skate exhibition next year. More information soon!

What are your plans for the future? Are you planning to go back to school?
I applied to study at NTU (National Technology University) to learn more technicalities in production but I got rejected. Maybe it’s a blessing; if I were to enrol I would be 28 or 29 by the time I graduate! Anyway I decided, fuck it, I’m just gonna focus and give ByJuffrie my all. I would like to join a huge production company in the future and see how it goes from there.

What’s your ultimate goal? What’s your dream project?
I want to be able to direct commercials and documentaries. I would love to be able to travel and film a bunch of skateboarders in the most rural parts of the world…

The dream combination of skateboarding and travelogue….
Yeah exactly!

Lastly, who or what are your inspirations and motivators and are there any shout outs or thank yous that you’d like to give?

I’m surrounded by insanely talented friends who inspire me in every aspect of life. Like Yuji from (Singapore rock ‘n’ roll Band) Cashew Chemists. Most of my videos are music driven; I start my video editing with a song in mind and I consult Yuji and the band for song recommendations.

Design wise I have Williem (Siddwills) and Ahmad to thank; for photography- Mark and Wallace from Burning Celluloid- they were ones who basically thought me how to work a camera.

Shoutouts to the local bands in Singapore, especially Pleasantry and the Pinholes who have contributed tracks to my videos. A huge thank you to every single one of my friends for being supportive and in general anyone who has checked out my stuff – thank you!

To see more of Juffrie’s creative work, check out byjuffrie.com