It has finally happened: Jaden Smith is signed with New Balance. The Karate Kid star turned rapper has inked a deal with the sneaker giant, a brand he has been very loyal to. Between his JUST water brand, creating water filtration systems for Michigan and dropping his second album, he announced the partnership with New Balance through the “Runs in the Family” campaign video.


The deal is unsurprising, given Jaden’s penchant for retro New Balance sneakers as seen in recent paparazzi shots. He even posed for his album cover in a gender-neutral outfit that features the New Balance 650 in a women’s colorway.

Some of the more notable New Balance sneakers he has been spotted in include the 997 Sport, New Balance 650 and his custom New Balance 1500 x Louis Vuitton. Yeap, that’s right: he merged a New Balance 1500 upper with the midsole from a Louis Vuitton Archlight. The marriage actually works, creating a mostly white chunky dad sneaker that resembles the Balenciaga Triple S. 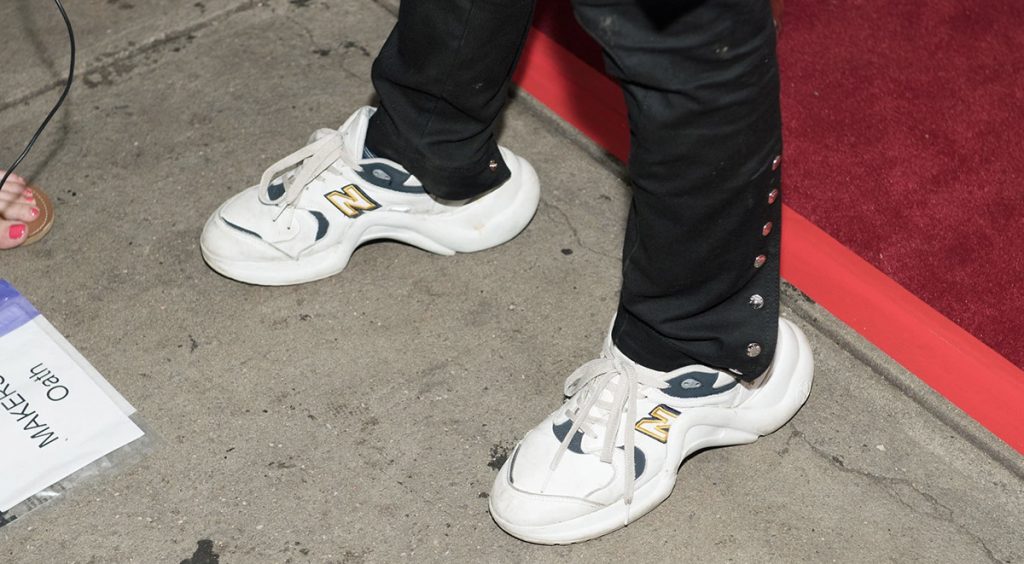 Jaden puts his own flair on every outfit, mixing big names like Supreme with his own label MSFTSrep for the perfect OOTD. A good example would be the outfit he was seen wearing leaving LAX: a Supreme red puffer jacket, MSFTSrep hoodie and the New Balance 650. This was one of many occasions he is seen rocking New Balances, signaling his loyalty to the brand. Jaden isn’t alone in his appreciation for New Balance. Recently his buddy Justin Bieber has been sharing images of his outfits, mixing his brand Drew with the New Balance 997H. Los Angeles Clipper’s Kawhi Leonard also signed a deal with New Balance, releasing multiple sold-out OMN1S, and making New Balance a major player on the courts as he won the NBA championships.

Could these be signs that New Balance is entering the mainstream? The positive attention, celebrity sightings and grand entrance into the NBA suggest it is very likely.

Does Jaden Smith’s style inspire you to cop a pair of New Balance sneakers? Let is know which model you would get in the comments below.

Read more: Travis Scott is back at it again: New Air Jordan 1 Low sold out!