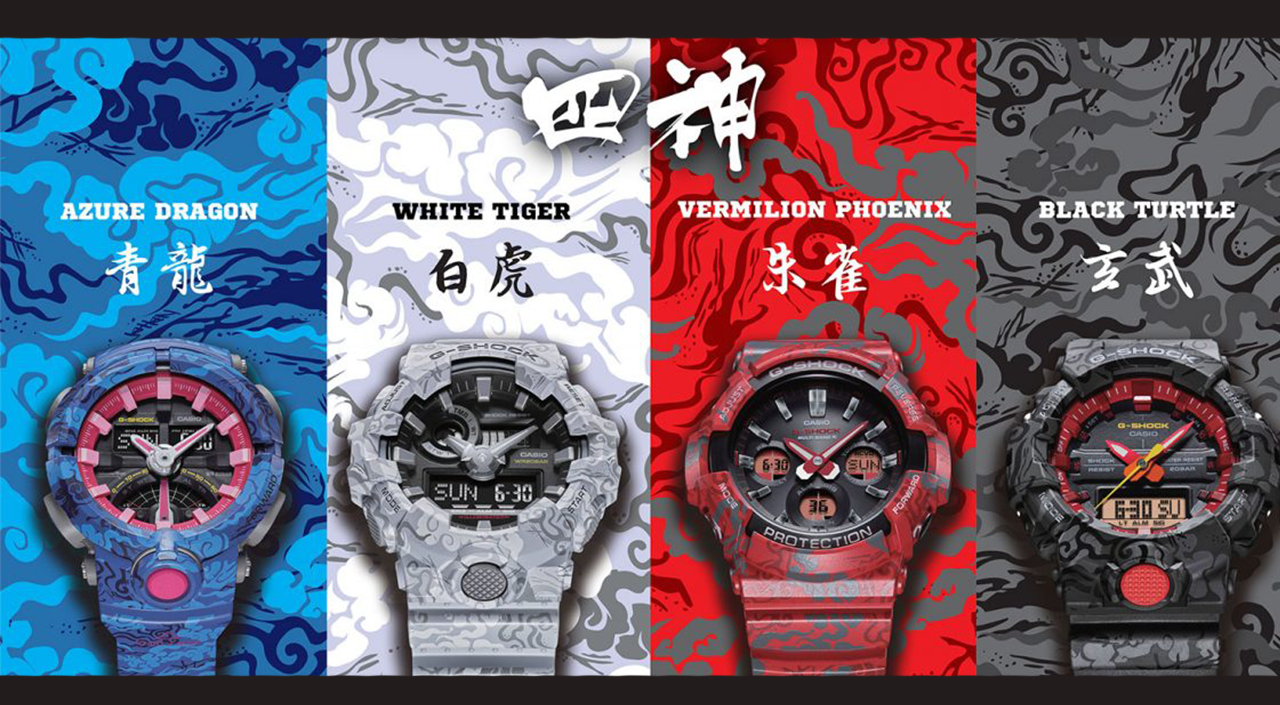 Designed by an acclaimed artist and graphic designer JAHAN LOH, 1/4 of the Celestial Guardian timepieces, GA-500CG-2A is here in stores #gshock_sg #celestialguardian

Released as part of the Celestial Guardian collection, the Jahan x G-SHOCK timepiece is named the Azure Dragon, after the legendary creature.

The timepieces feature cloud and camouflage patterned straps and base colors. Other design elements include pink accents on the watch face and hands.

The watch will come packaged in a tin box bearing the same cloud and camo design as well as Jahan’s iconic space-boy illustration (image above).

The Jahan x Casio Azure Dragon is now available at all G-SHOCK stores islandwide (except for IMM). 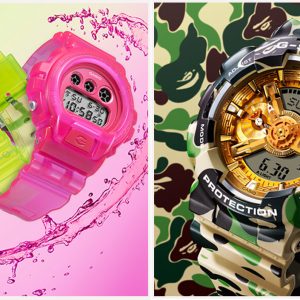