An analysis by shoe retailer, KicksUSA, discovers how player performance and presence, or absence, on the court impacts shoe sales. 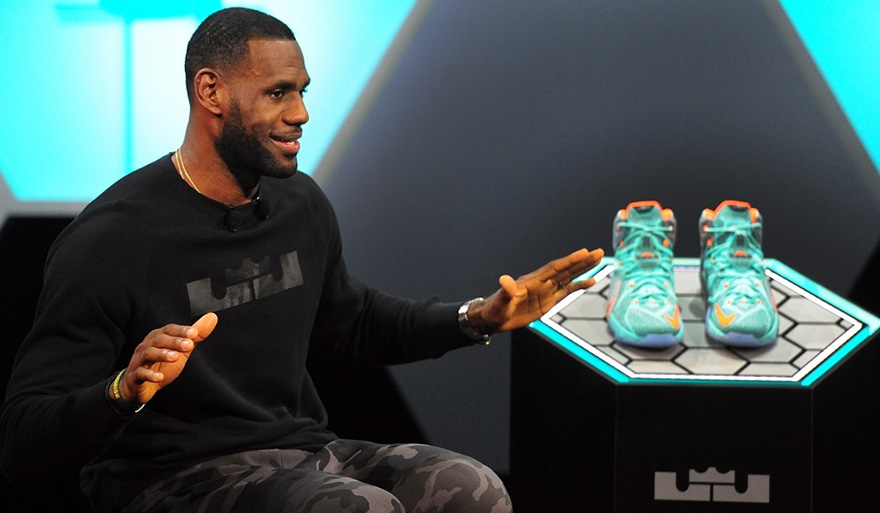 According to KicksUSA’s report, LeBron James’ consistent performance, strong reputation, and lack of injury contribute to his strong shoe sales.

LeBron James’ signature shoes far outsell those from any other active NBA player. This includes top guys like Kobe Bryant and Kevin Durant. But what’s the secret behind it? Based on KicksUSA’s report results, the performance of the individual player, along with his team, play a major role in determining the sales figure of said player’s shoes.

A spike in sales generally comes from a player’s excellent playing performance, or a major announcement. Kobe’s impending retirement, and LeBron’s lifetime deal with Nike, are examples of this.

Conversely, sales figures would lower when the player is out of action. Kevin and Kobe exemplify this best, when their absence from the NBA, due to injury, led to drastic dips in sales. LeBron seems to be the only active player who is immune to sales volatility. For one, he never got sidelined for long periods, injury or otherwise. He’s also a consistent performer on the court. Over the years, LeBron has also built a reputable name for himself. Just recently, he even scored a lifetime deal with Nike.

KicksUSA concludes: “[W]hen a player performs on the court, his shoe sales perform off the court.” That may hold true for most players, but for LeBron, it’s also his marketable name that keeps his shoes selling.

That said, competition has arrived, in the form of Stephen Curry. The up-and-coming player is set to overtake LeBron’s shoe sales. It’ll be interesting to see how the numbers go, at the conclusion of this NBA season.

You still with us? Leave a comment below, on your take on KicksUSA’s theory.