Kobe Bryant played his final NBA game today. In a tribute video released by Nike, a bunch of haters sing about their resentment toward the basketball great.

As part of Mamba Day, which marks Kobe Bryant’s retirement from basketball, Nike has released a tribute video in which Kobe haters let their feelings show.

The video titled “The Conductor”, shows Bryant playfully orchestrating a symphony of cheers and jeers, illustrating the athlete’s polarizing effect among players, coaches and fans.

“The Conductor” is a fitting farewell for Bryant, who was famously hated by even his peers. Google “Kobe hate” and a ton of memes will show up. There’s also a list of top 10 NBA players who dislike Bryant. 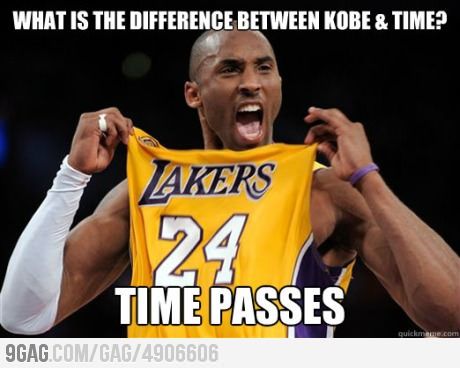 Just an example of the Kobe hate out there

In the video, a hater sings, “My hate was growing stronger”; another adds, “As you became a habit to me”; yet another continues, “Don’t make me stop now.”

At the end of the video, Bryant walks off a basketball court, symbolizing his exit from the game. The tagline “Always Love the Hate” flashes on screen in the final frame.

It comes as no surprise that Nike gave Bryant such a cool send-off. According to GQ, many consider Bryant’s line-up of shoes only second to Michael Jordan’s line.