Kickstart the year on a high note with the Kyle Singapore concert this Friday. 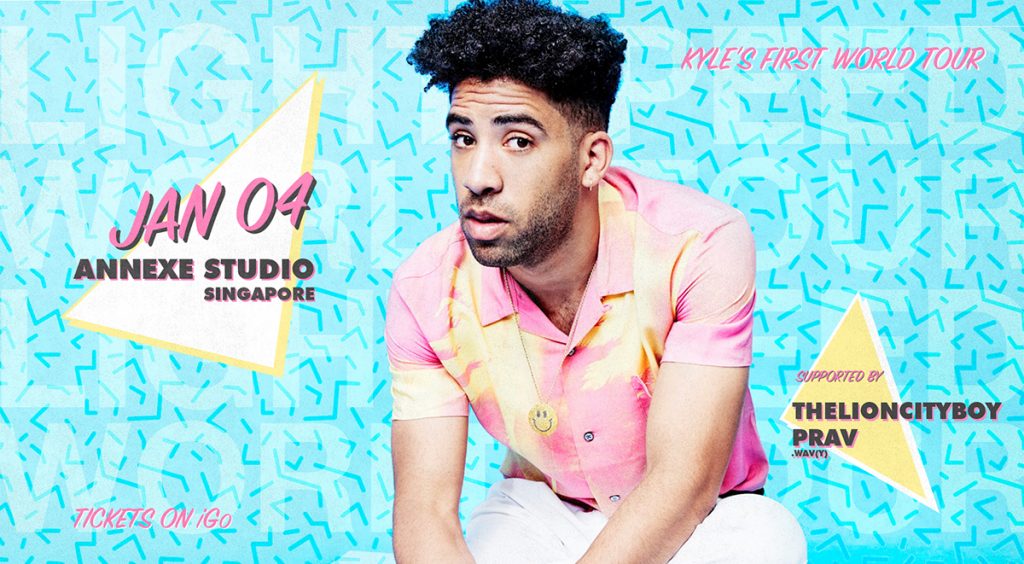 The Kyle Singapore concert will be supported by TheLionCityBoy and Prav of .Wav(y).

Singapore is the third stop of the rising rapper’s first-ever world tour.

The year is off to a flying start, beginning with the Kyle Singapore concert at the Esplanade Annexe Studio on January 4. Hailing from Ventura, California, the rapper has his sights set to continue blazing the trail after a promising year in 2018 following his Light of Mine album release in May. That trail will see him visit Singapore next after concluding two shows in Australia. Kyle will also perform in Kuala Lumpur, Seoul, Tokyo, and Honolulu as part of his Lightspeed world tour.

You might know the rapper from his wildly popular hit single iSpy featuring Lil Yachty back in 2016. For his 18-track album, the rapper has only brought on more collaborations featuring the likes of Kehlani, 2 Chainz, and Khalid, among others. Here’s your chance to catch Kyle performing tracks from his latest album live this Friday. Haven’t snapped up your tickets yet? Check out the concert details below. You can even extend your night at the official after party held at Canvas Singapore.

Anyone roping your friends along to catch the Kyle Singapore concert? Let us know in the comments below.