The Levis x Jordan 4 collection is rumored to drop sometime in 2018. Eric Koston, an American professional skateboarder has provided fans with a full look at the upcoming Levis x Jordan pack with an unboxing video. The video provides a look at both the Levis x Air Jordan 4 shoe and the reversible denim jacket. The video was uploaded via Sneaker News.

Click here for the first look at the Levis x Jordan pack.

Sneaker Bar Detroit reports that the Levis x Jordan 4 collab is rumored to be released on Wednesday, January 17. However, the shoes are speculated to be extremely limited.

In addition, there will also be a collaborative jacket releasing on the same day. No word from either Levis or Jordan brand just yet.

According to XXL Mag, the on-feet images of the denim-clad Jordan 4 unveiled on December 21 were taken from Travis Scott’s Instagram page.

The Instagram post bears the caption, “Cactus Levi Jump man” hinting that the sneakers previewed were part of a collaboration by Levis and Jordan.

Sources have recently unveiled an image of a denim-clad Jordan 4 (image below). Based on the image provided, it looks like the sneakers will also feature denim laces along with visible tan stitching.

Other details include the Jumpman’s logo in a tan/red colorway. Additionally, the shoes will also feature a white/denim midsole along with Levi’s signature label in its insoles.

To date, there is still little information on collaboration. But remember to check back with Straatosphere for more updates to come. 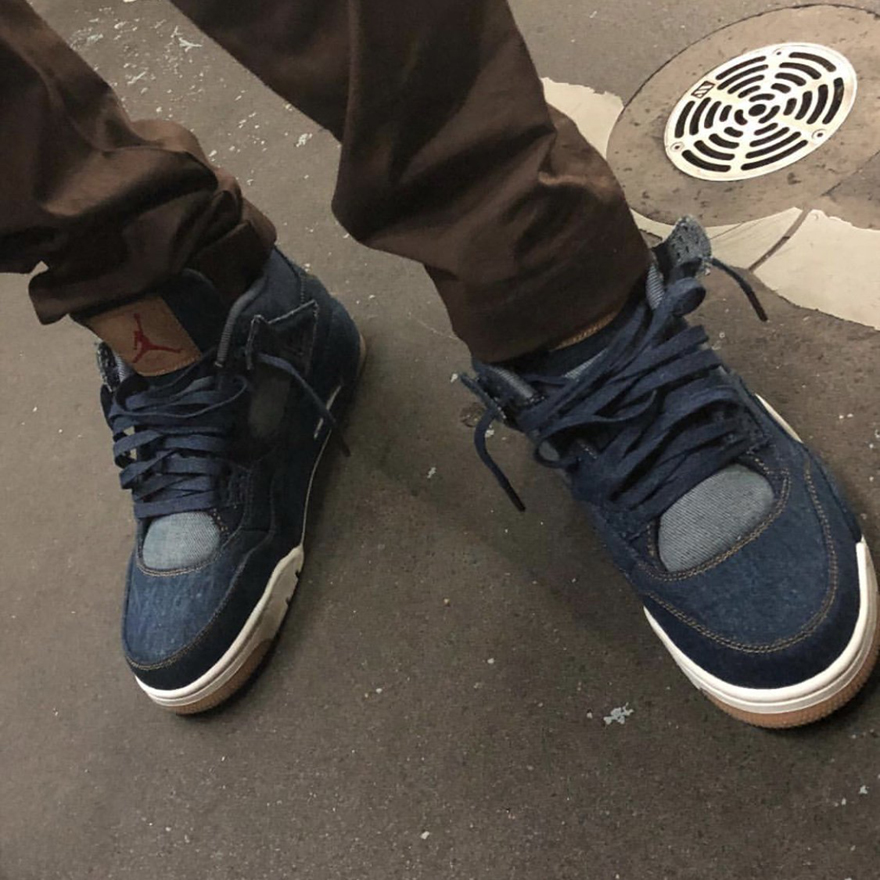 The Levis x Jordan 4 collection will feature sneakers in both adult and grade school sizes.

According to Sneaker Bar Detroit, the collab is to commemorate the 10th anniversary of the first Levis x Air Jordan 1 collection, which was released earlier in 2008.

The sneaker collection is said to feature shoes in three colorways: denim, black, and white. No images of the collection are available just yet but expect the sneakers to come in some form of denim in their design.

The 2008 collab saw the Air Jordan 1 silhouette updated with denim material and leather (image below). 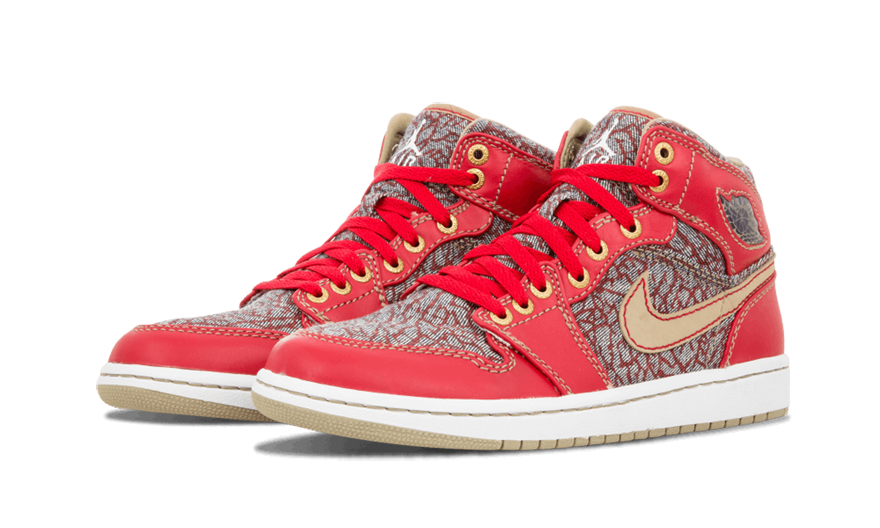 For now, much of the collection seems to be shrouded in mystery. Additionally, neither Levi’s nor Jordan Brand have confirmed the collab. But if accurate, the collection will be priced at US$220 (approx. S$300) for adult sizes and US$200 (approx. S$272) for grade school sizes.

Check back with Straatosphere for more information, closer to 2018.

Read More: The KAWS x Air Jordan 4 Black Might Get a Public Release in 2018