Martijn Doolaard, the Man who Cycled from Amsterdam to Singapore

Martijn Doolaard, the Man who Cycled from Amsterdam to Singapore

Martijn Doolaard embarked on a trip of a lifetime, cycling from Amsterdam to Singapore. He tells us all about the highs and lows of his journey, the people he met along the way, and why he chose to park his bike in Singapore. 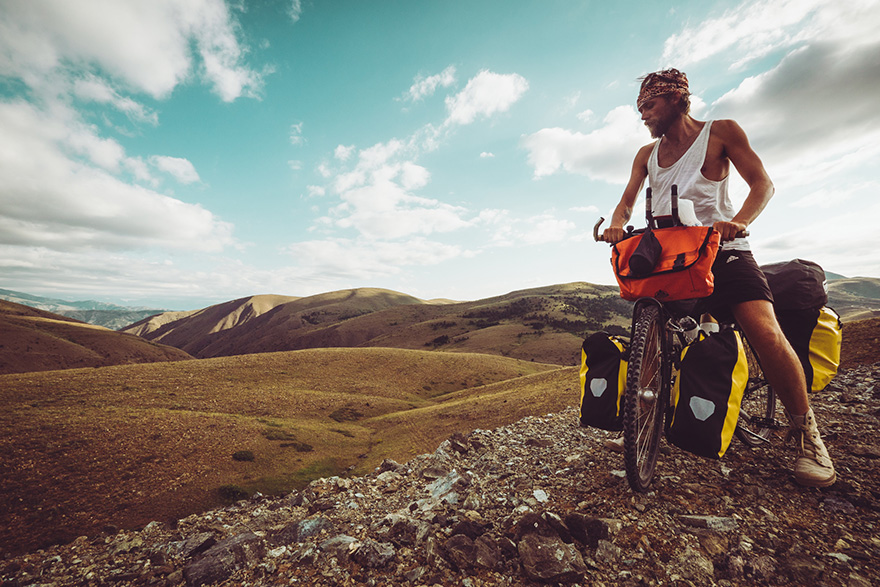 Your journey started in Amsterdam, but really, where did the idea to embark on this cross-continent cycling trip originate?
I love the unexpectedness and independence of bicycle traveling. I wanted to travel differently, without a plan and without destination. Total freedom. I was thrilled by the idea of waking up in a new place everyday. I wanted to see the places in between points of interest, meet real people, see landscapes people hadn’t seen before.

What day, date and time was it when you left Amsterdam?
I left on April 16th 2015 on my own – no goodbye party. I only told my family and a few friends that I was going to cycle far away. The reason that I wanted to leave like that is that I didn’t want people to have expectations and questions. I had a lot of questions myself. The fact people didn’t know what I was going to do made it even more exciting.

What did friends and family think about your epic journey?
Before the trip: “You’re insane” and “that’s impossible”, but also “amazing, I’m so jealous” and  “incredible”. My friends and family have always been very supportive, which I’m grateful for. Of course my parents were worried, especially going through countries like Iran. But they’re also very proud. 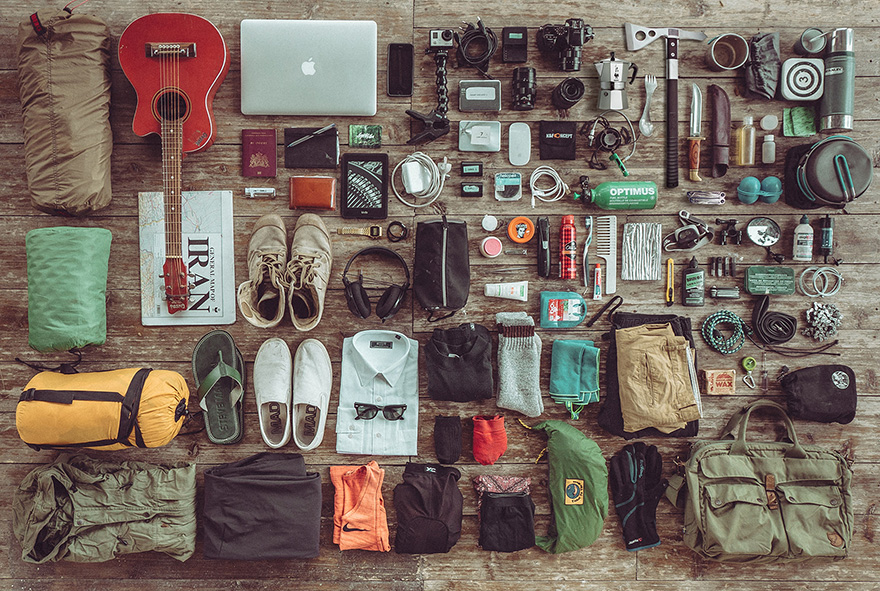 How did you pack for a trip like this? Was there any item that you really wanted to bring with you but couldn’t?
I needed to be able to be 100% independent, so I looked for camping gear which was ultra small and lightweight to fit in my bags. Capturing moments is a vital part of my traveling so I didn’t save much weight on camera gear. I carried an SLR camera with four lenses and a laptop. All together with hard disks, chargers, etc., it was quite a lot but I needed everything.

Was there an item you brought along with you but wished you had left behind?
I brought an axe to cut firewood to keep myself warm in wintery environments. I definitely could have left that home because I used it just twice. You can make a fire without an axe.

Which has been the most memorable leg of the journey?
Hard to say. Every country has its own beauty. Favorites: Turkey, Iran, Kyrgyzstan, Myanmar, India. I met the most friendly and welcoming people in Iran. The architecture, landscape and ancient culture is breathtaking. Because it is so contrasting with Western culture I had a very special time there. Sometimes far from easy, but definitely memorable.

Which was the most challenging part of the journey?
Turkmenistan, no doubt. I could only get a 5-day transit visa and had to cycle 500km through the desert. It’s doable but challenging, given the harsh conditions. Lots of wind, mostly headwind; a lack of fresh water; a lack of good food (cycling is impossible without proper nutrition); overall fatigue and I had some stomach issues at that point. I made it on time, but it was physically and mentally the most challenging part. 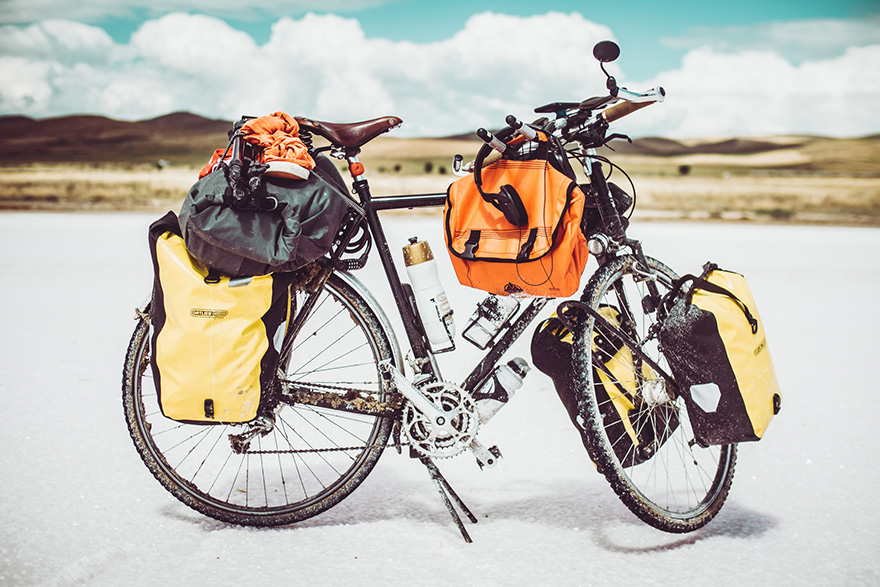 Martijn’s bike of choice is the Surly Long Haul Trucker, which he chose for its reliable steel frame

On your journey you met another guy, Nils, who’s on a cycling trip to nowhere. Were there many others like him that you had met?
Cycling the world you meet the craziest people. In Iran I met a couple on a tandem cycling a similar route. In Kyrgyzstan I met a retired couple aged 63 and 62 who were cycling from Belgium to China. I even met two guys who were walking from Switzerland to China.

It takes some real discipline documenting your trip like you did. Why were you so committed to documenting your journey?
I can’t travel without a camera. Photography is a wonderful way to tell stories and it drives me to go to places and find those special moments. The blog posts I mostly write on my iPhone while cycling. The photos I can select and process on my laptop basically anywhere. I even prepared draft posts in my little tent on top of mountain. In some countries there is Internet censorship. Since my blog is on Tumblr I couldn’t update my website in Iran, so I sent the photos and stories to my friend in Holland who posted it on my blog. 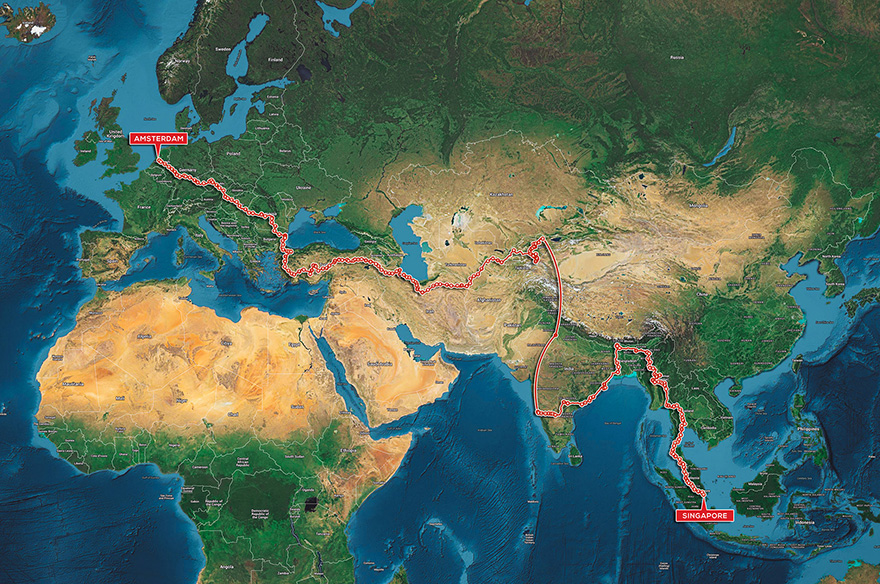 Your final destination was meant to be China, but you chose to end your trip in Singapore eventually. Why Singapore?
I said I was going to China because it sounded far and big, it was never a real destination. When I was halfway I enjoyed it so much that I wanted to continue in India and cycle East from there. I had lived and worked in Singapore for a month a couple of years back and made a short movie capturing the best bits of the city. Also, it’s the first and only place in Asia I had visited. I have still friends living here so it was sort of coming home for me.

Now that it’s all over, what are your immediate plans and what have you got planned for the future?
First, I’m going to lock myself up and work on a photobook. I really miss being at home, being in one place and not in public all the time. Travel plans? I’ve got so many ideas and I’m sure there will me more trips coming. Because the more you travel, the more you realize how little you have seen.

For more insights into Martijn’s adventure, drop by Artistry at 17 Jalan Pisang tomorrow, April 14th, 9pm for “Amsterdam to Singapore by Bicycle: Travel Stories by Martijn Doolaard”. Martijn will recount more of his fascinating experiences from being on the road for the past year. Event details here.

This interview has been edited.

Read more: 10 Extreme Sports You Should Know About