Mixed martial arts is scuffling its way to the Olympics. 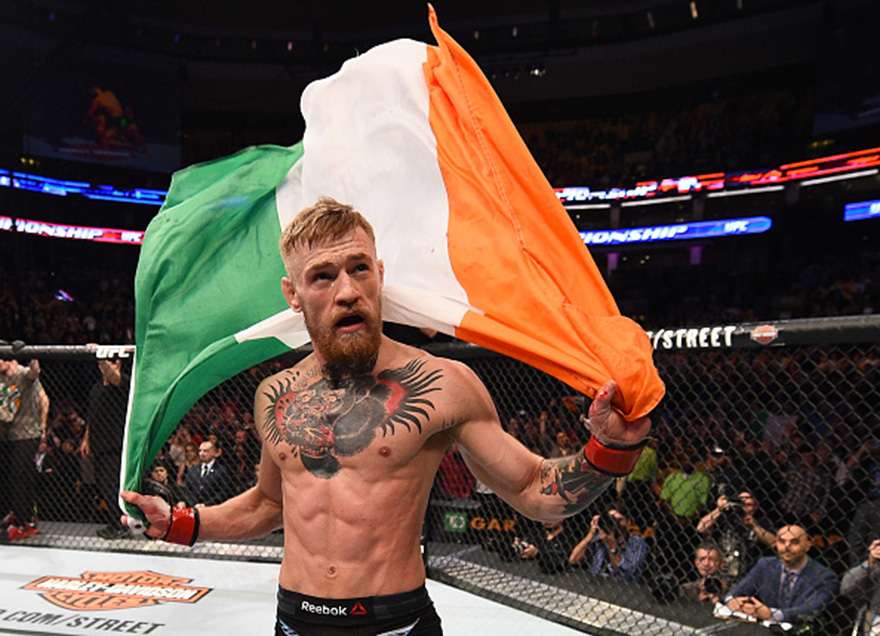 Will athletes like Conor McGregor dominate the future Olympics?

Remember when UFC’s senior vice president and head of content Joe Carr said that MMA could be an Olympic sport by the 2020s? Well, the IMMAF is trying to make it happen.

In a statement provided by IMMAF’s president Kerrith Brown, the organization said that the Olympics needs the MMA sport to survive due to the latter’s popularity amongst Millennials. Read the full statement below: 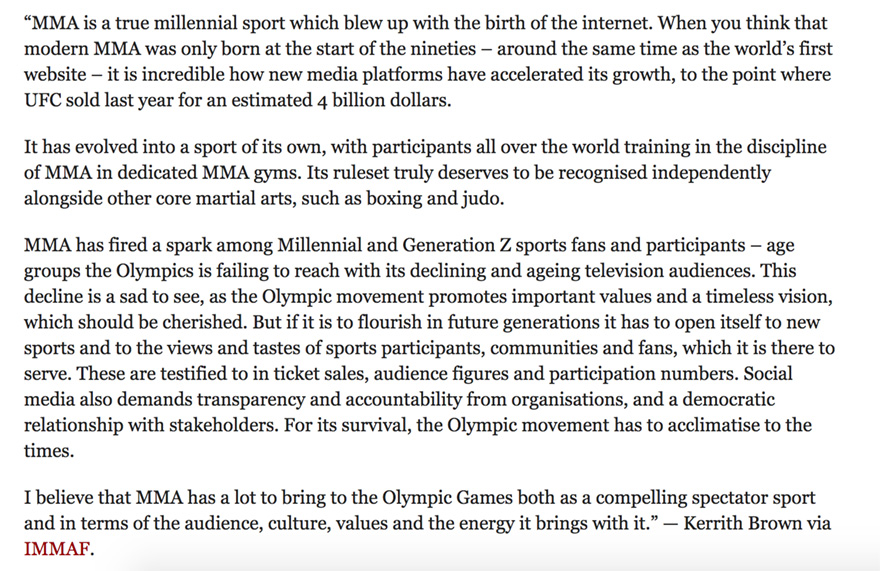 Being considered an Olympic sport will also benefit fans with potential showdowns between gold medallists.

In addition, the IMMAF hopes that the sport’s Olympic potential will garner interest for its junior MMA championship. The organization is hoping to launch its junior championships sometime in 2018 or 2019.

Currently, it looks like the big names behind MMA fighting are supportive of the new venture. The organization’s coaching committee and Conor McGregor’s trainer John Kavanaugh thinks that the sport’s transition will give cage fighting the recognition it deserves.

“This is a big step forward for MMA on its journey for recognition. Having an internationally recognized and standardized course gives assurance to people wanting to learn MMA that they’ll be able to learn in a safe and fun MMA environment,” said Kavanaugh.

Will cage fighting become an Olympic sport? Only time will tell.

Read More: 3-on-3 Basketball, an Official Event at the Tokyo 2020 Olympics?