Native Shoes, the footwear brand that prides itself on making shoes that are “Future Classics”, brought its innovative shoe collection to Singapore last week. 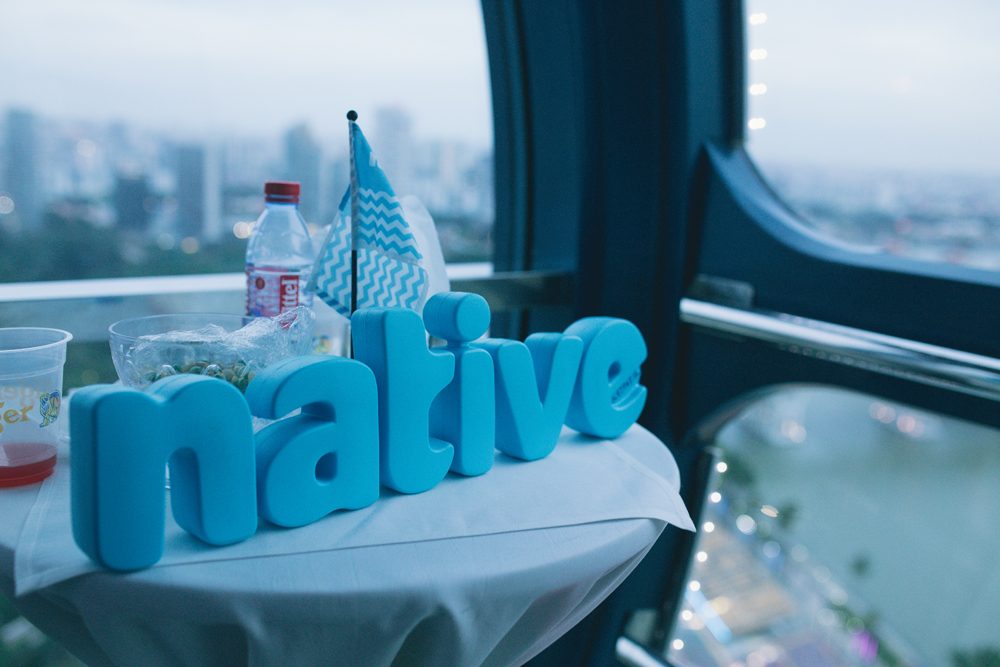 Singapore’s sneakerheads and fashion-forward personalities can now enjoy a healthy dose of “Future Classics”, thanks to the recent launch of the Spring/Summer 2015 collection from Native Shoes. The brand, which has collaborated with labels such as Issey Miyake and prides itself on creating innovative footwear based on timeless silhouettes, showcased the merits of its new Apollo Moc shoes (read more here) along with others in the collection. Present at the launch was Mark Gainor, Creative Director of Native Shoes, and Shawna Olsten, Vice President of Global Brand. Despite the seemingly simple design of the Apollo Moc, Mark shared that the shoe took about a year to come to fruition: “We took about six months to sketch the design and create the prototype. Then, we spent the next six months working with our overseas partners to put together the no-sew construction and futuristic aspects of the shoe.” 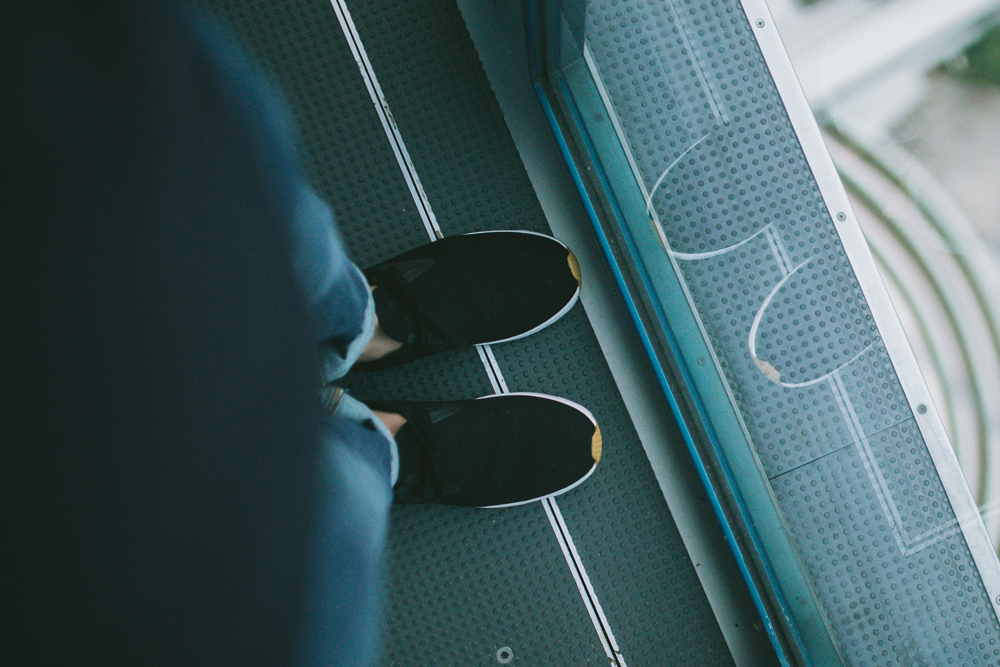 The minimalist-looking Apollo Moc comes with innovative technology, such as the no-sew construction, and took a year to develop

But process of creating the Apollo Moc wasn’t always a smooth sailing journey for the designers. As the shoe as modeled after the traditional-styled moccasin silhouette, Mark wanted to have a single lace that ran around the collar of the shoe. “I spent six months trying to get the lace to work, but the amount of tension and stress put on the shoe due to the pulling of the lace meant that it needed to have stitching on it, which wasn’t what we wanted. I finally accepted that the single lace idea wasn’t going to happen,” he said. 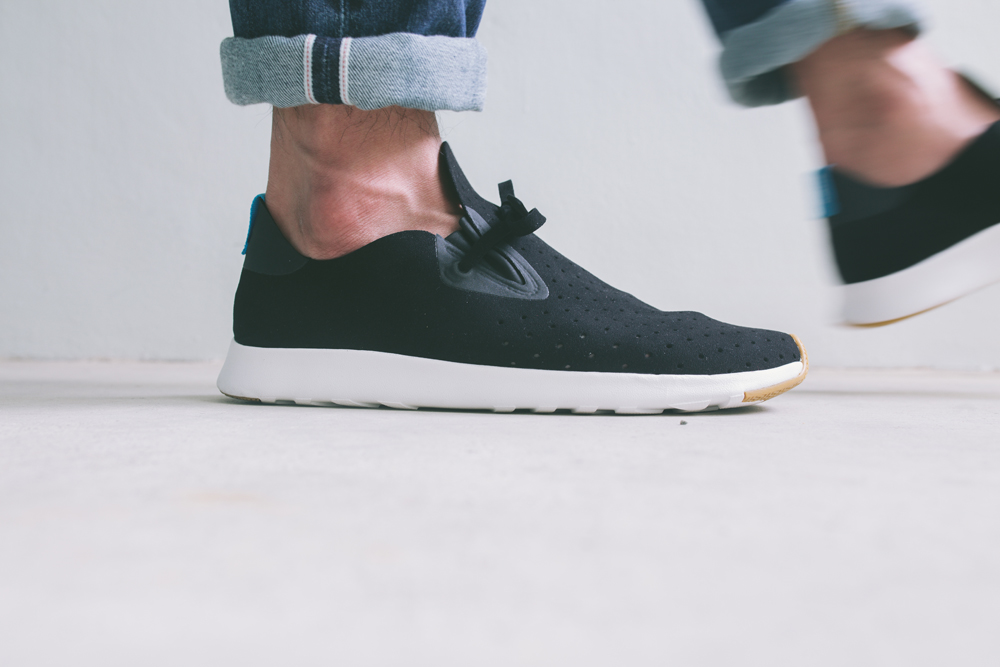 Despite the laces, the Apollo Moc slips on easily and comfortably

Yet, just 48 hours after shelving the single lace idea, the Native Shoes team made several major changes to the Apollo’s design that yielded a much better final product. “What we really gained was that in the final product, the laces don’t really need to be tied at all. The Apollo Moc is a true slip-on that has the appearance of a laced shoe,” Shawna said. 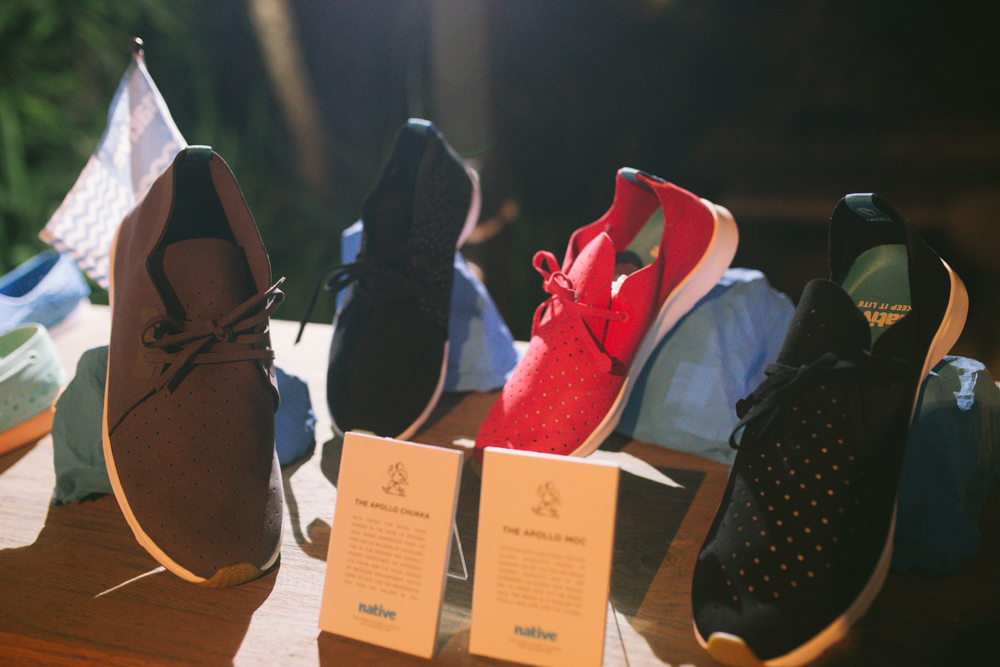 With its clean lines and minimalist structure, the Apollo Moc makes for a great walking shoe and goes exceptionally well with cuffed or jogger pants. While Mark and Shawna remain tight-lipped about what else is in the pipelines, they did reveal that fans can expect to see intricate Japanese embroidery techniques in the Fall/Winter 2015 collection.