How New Balance makes shoes for everyone, from athletes to dads

How New Balance makes shoes for everyone, from athletes to dads

New Balance has been a mainstay for generations of sneakerheads. 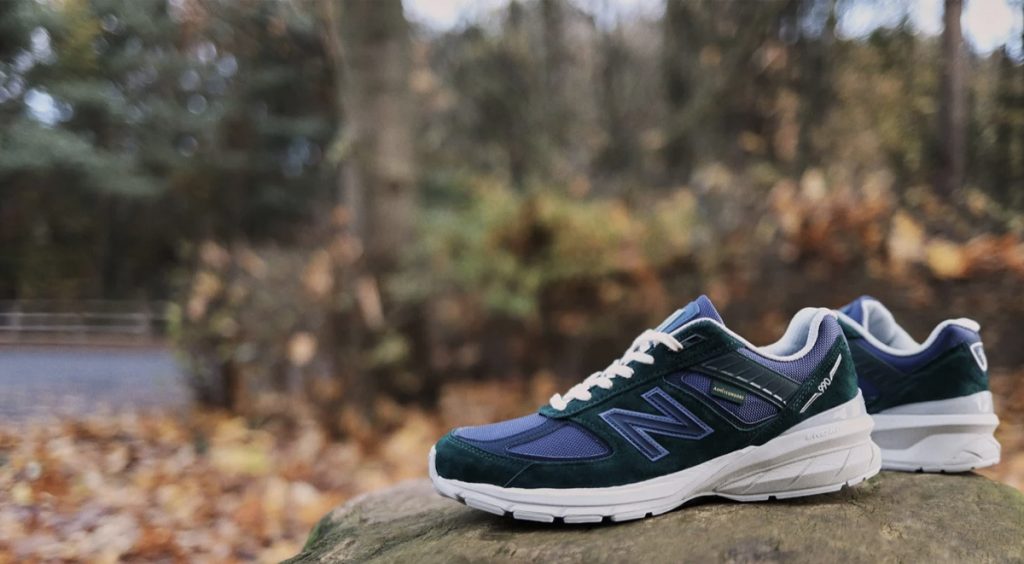 As it hits its 114th year in operation, we decided to take a deep dive to understand how this proudly American brand sets itself apart from other brands in the game.

New Balance needs no introduction. The American shoe manufacturer started out in 1906 creating insoles for athletes. Eventually, athletes demanded much more, and looked to New Balance to make shoes built for all their needs. It was then that New Balance, the shoe company, was born.

Since its inception, New Balance has placed an unrelenting focus on quality and construction. To that end, about four million pairs of shoes are made or assembled in the US yearly. This practice allows New Balance to control the quality of their sneakers and create some of the most comfortable sneakers in the market.

While many brands rely on endorsements and hype to sell shoes, New Balance has stuck to its guns, making dependable sneakers that sell themselves. Or as its motto goes, “Endorsed by no one”. When we think of New Balance, we immediately think of the 990 – the brand’s crowning sneaker which was launched in 1982. At the time of its launch, the 990 was going at US$100 a pair, considerably pricey in those days, so New Balance expected to move only 5,000 units that year. Remarkably, its revolutionary midsole and growing street cred allowed the brand to sell over 10 times more (source).

Eventually, the 990 gained a following of its own. If you rocked the classic grey sneakers, people saw you either as an athlete or a person with deep pockets. Its hefty price tag and industry-leading comfort made it a status symbol in the ’80s and ’90s. There were people like Steve Jobs who never stopped wearing them past the ’90s; in fact, he launched the iPhone in 2007 wearing a pair of grey 990s. 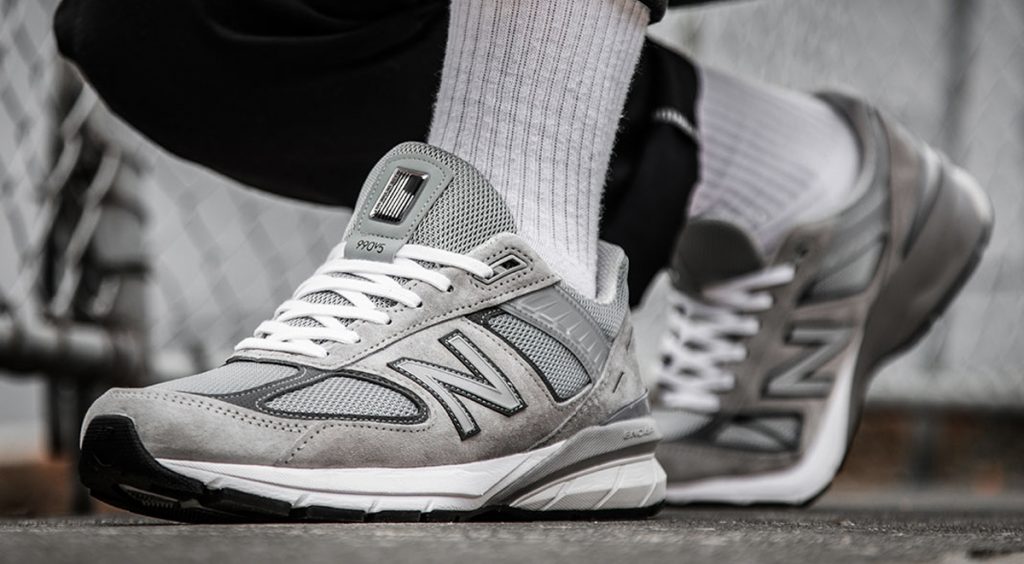 The 990 V5 is the latest iteration of the 990, arguably New Balance’s most iconic sneaker.

But its higher price point was not just for show; what you’re paying for is the material and make. The sneaker is constructed from plush suede, it included a revolutionary motion control device and a high performing midsole cushion – and that’s just in the 1982 release.

Today the sneaker is in its fifth edition – yes, New Balance only made four revisions to the shoe in the last 35 years – a rarity in the sneaker space where brands release new iterations at the drop of a hat. New Balance, on the other hand, only update their products only when absolutely necessary. 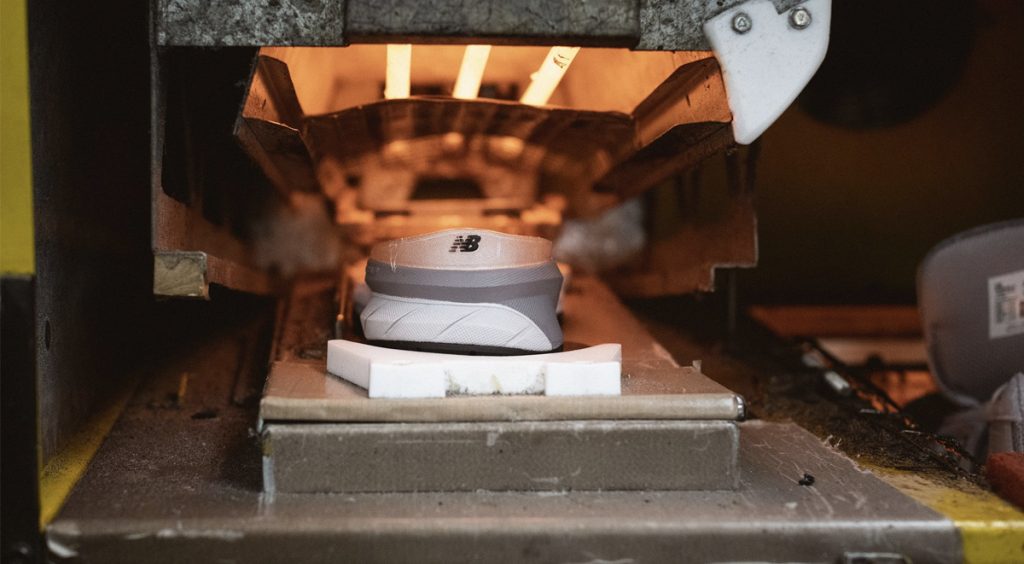 The outsole of the 990v5 is the only untouched element that comes from its previous iteration. All else has been updated for 2019.

The current 990v5, for instance, was an iteration that was three years in the making. Even so, only the essential updates were made to it. The 990v5 comes with a new dual-density foam collar and a revamped upper that improved breathability, but it retains the 990v4’s durable ENCAP midsole and the OG 990’s made in America branding and pigskin leather. The end result is a modern, comfortable sneaker that respects its heritage.

all in the details

New Balance really does sweat the details. According to Popular Mechanics, the New Balance production line starts with the suede, which is custom dyed and delivered. It is immediately inspected by a specialist and cut into panels using a 10-camera AI set up, which determines the best way to cut each panel. These panels are then assembled through a series of 55 stations. Helping hand: The stitching on the 990 is so complicated that the human hand is required to navigate the machine

Each sneaker spends a total of 22.5 seconds at each station on the assembly line, where the sneaker will be constructed with individual precision and mechanical aid. As explained by Business Insider, the stitching used on the 990 is intricate and far too complicated for a machine to complete on its own, thus requiring the guidance of a human hand to be executed correctly. Costly as this process may be, New Balance has stuck to its guns, staying true to its “fiercely independent” approach to sneaker manufacturing. 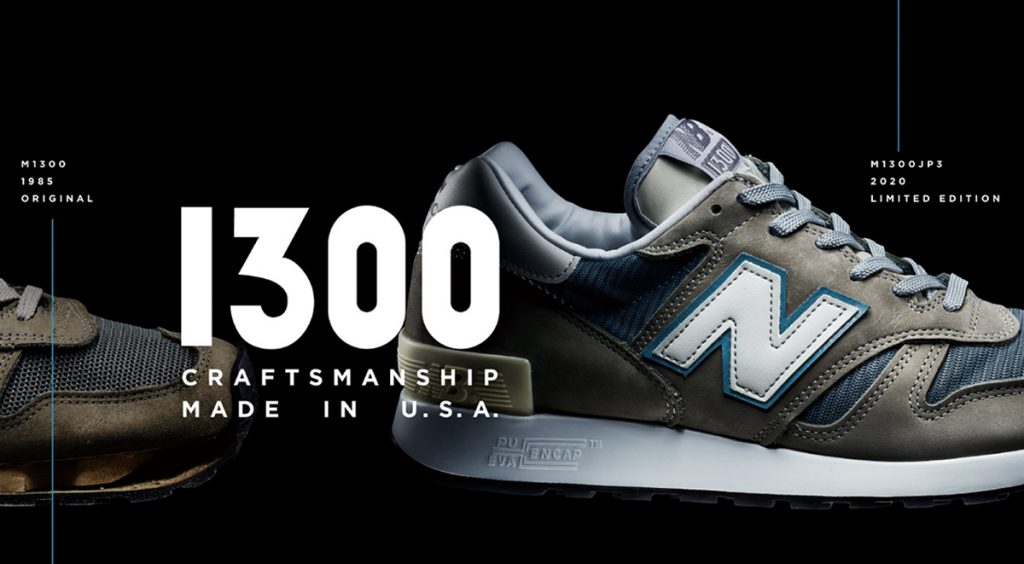 The 1300JP is a special edition sneaker that is released every five years. Though not common, New Balance does release a few limited edition sneakers.

In the end, New Balance is a sneaker for the masses. The brand tends not to release sneakers in limited batches or quantities – most of its models are widely available. Though limited editions such as the 1300JP are made every once in a while, most of New Balance’s line is readily available for anyone who needs a new pair.

In a time of hype and intentional scarcity, New Balance plays the sneaker game differently. With an emphasis on quality and consistency, the brand speaks to people who want a dependable sneaker that’s not just for flexing. New Balance is for everyone – from athletes to dads.

Do you own New Balance sneakers? Tell us which is your favorite pair in the comments section below.

Levi’s and New Balance turn the 1300 into a true