Nicky Diamonds of Diamond Supply Co. talks the label’s skate origins and its plans for the future

Nicky Diamonds of Diamond Supply Co. talks the label’s skate origins and its plans for the future

Nicky Diamonds of Diamond Supply Co. joined us for a quick chat. We talked about streetwear, sneakers, his brand and its latest collaboration with Puma.

“Skateboarding and streetwear kind of goes hand-in-hand these days. The more popular streetwear becomes the more focus it gets on skateboarding as well. Anything that helps skateboard man, I think it’s great.” – Nicky Diamonds

Nicky Diamonds has certainly wielded influence on streetwear through his label Diamond Supply Co. At one point, he was the eleventh most powerful person in streetwear out of a twenty-five man strong list.

But to understand the influence of Diamond, we’d have to backtrack to 1998 when Diamond Supply Co. was first established. What started out as a skate clothing brand known for its use of a “Tiffany blue” color became mainstream as streetwear hit the big time.

The brand’s popularity reached its peak in 2005 when the Diamond Nike SB Dunk was released. To say that Diamond Supply Co. has impacted the lives of a generation would be an understatement. 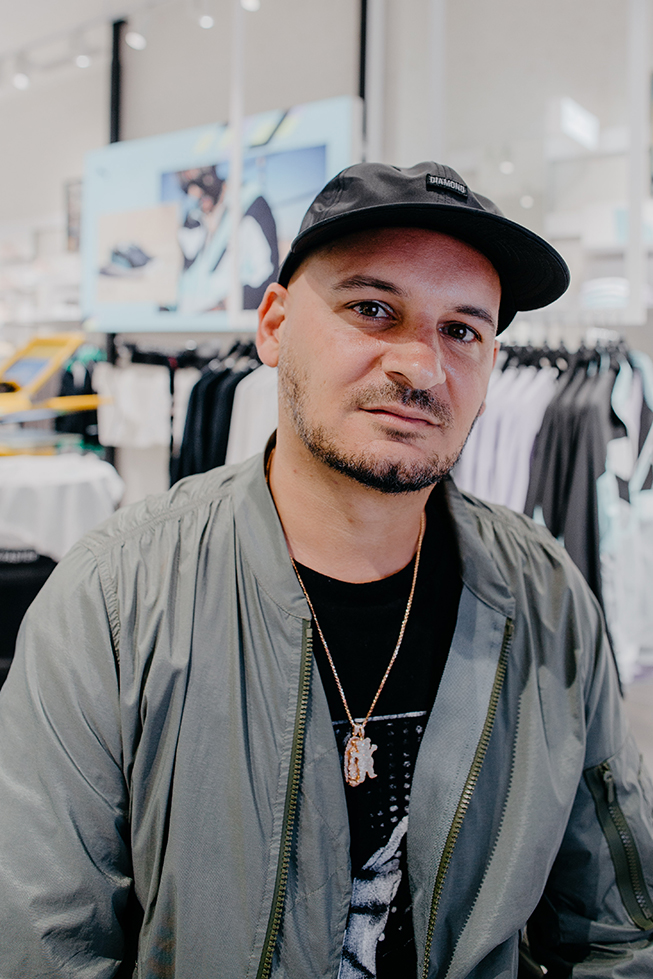 Nicky Diamonds has built a world-famous brand, immediately identifiable by its diamond logo

When we met with Nick two weeks ago in Singapore, he was in town to promote a new Diamond Supply Co. collaboration with Puma. The drop, slated for June 9, is a follow-up to the first delivery which was released earlier this year.

On-feet, though, Nick was sporting a pair of sneakers dubbed the Puma Diamond Abyss, which he says is his favorite of the entire upcoming drop.

“It was something that we were able to create ourselves, instead of just doing a colorway, we made our actual own shoe design,” explained Nick. Seeing as to how Nick is a massive sneakerhead, we can see why creating the Diamond Abyss means more to him than putting Tiffany blue colorways on existing sneaker silhouettes.

“I’ve been collecting sneakers since forever,” he explained. “I have thousands of pairs of shoes… I think in the last month I’ve bought like 30 pairs,” he added.

Watch In Conversation With: Nicky Diamonds in the video for the full interview.