Got em’? Nike celebrated one year of the SNKRS app with a slew of re-releases

Got em’? Nike celebrated one year of the SNKRS app with a slew of re-releases

The Nike SNKRS app turned one last Wednesday, August 8, but it was the sneakerheads who got all the presents. Sneakers thought to be long gone from the retail market resurfaced on the app again.

The Swoosh just keeps on giving. It has been a year since the launch of the Nike SNKRS app, a divisive platform that sneakerheads absolutely love or hate. Last Wednesday, to celebrate the app’s first anniversary since its launch, Nike restocked some of the most exclusive and sought-after sneakers on SNKRS. 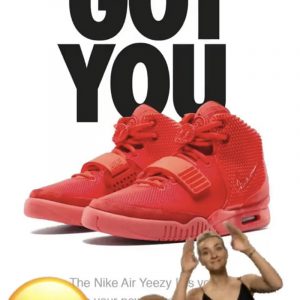 An IG story post by Instagram user @blvckmvnivc on copping the Air Yeezy II: “GOT YOU” he wrote

While the restocked sneakers were all the hype stuff, the one that rocked the Internet to its core was the restocking of the Air Yeezy II, also known as the Red Octobers, on the SNKRS app.

Many sneakerheads saw the SNKRS restock as a chance to take a piss at other sneakerheads. What trolls did was post Instagram stories featuring the image of the Red Octobers with the headline “GOT YOU” (like the one featured above), as if to say they had won the shoes, when in fact the Red Octobers were not part of the restock.

While the SNKRS birthday restock party was a day of tears and cheers for sneakerheads in the US and Europe, sneakerheads on this side of the world were not included since the SNKRS app is not available here. When will we get invited, Nike?

Sneakerheads in Southeast Asia, are you keen on the SNKRS app?