All hail The Queen: Revisit 7 iconic on-court outfits worn by Serena Williams over the years

All hail The Queen: Revisit 7 iconic on-court outfits worn by Serena Williams over the years

From denim on the court to a billowy pink tennis dress. Here’s a retrospective of Serena Willams’ best on-court fashion moments. In December 2003, Serena Williams signed a contract with Nike, allowing the sportswear brand to create tennis pieces exclusively for the athlete. Check out some of Nike’s statement pieces “The Queen” has sported over the years. 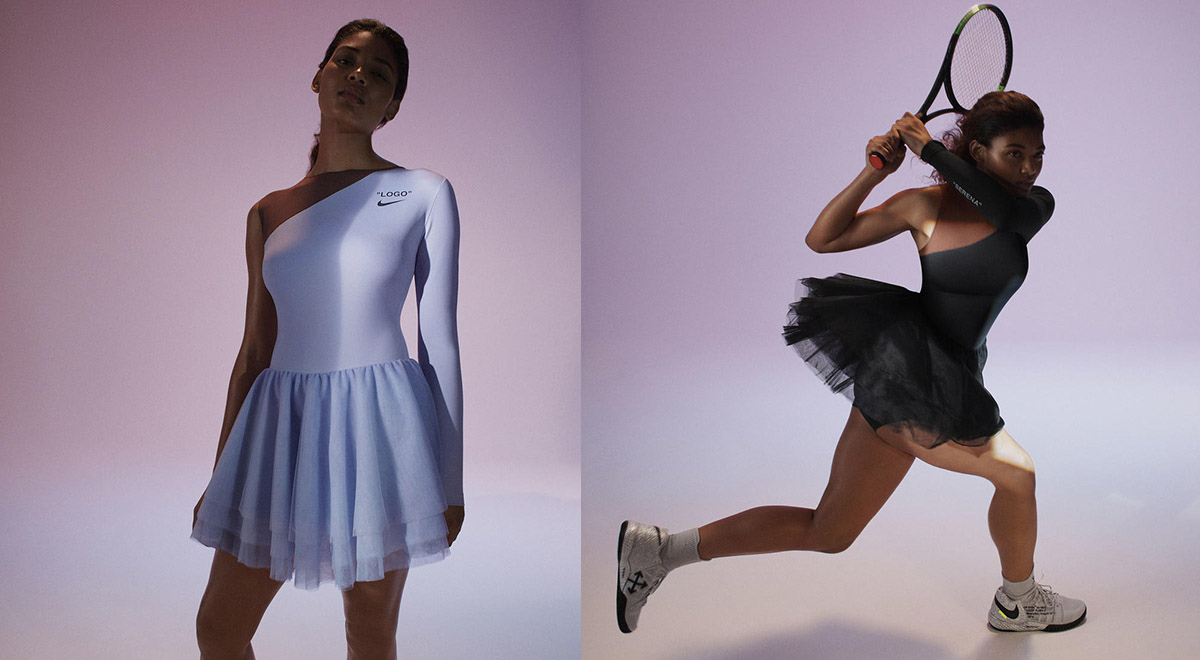 To commemorate the 50th US Open tournament held in New York, Serena will be wearing two stand-out pieces created by Nike and Virgil Abloh. The collection features two on-court outfits designed for both the day and night.

In coming up with the outfits, Abloh wanted to express femininity and aggression at the same time. To achieve this effect, both outfits feature form-fitting off-shoulder tops paired with tulle skirts (a throwback to the athlete’s childhood dancing days).

In true Off-White fashion, the dress will also feature a Nike Swoosh logo along with the word “Logo” printed on its right. No Nike x Virgil Abloh collaboration will be complete without a range of limited edition shoes, and for that, there’s the custom NikeCourt Flare 2 (image above). 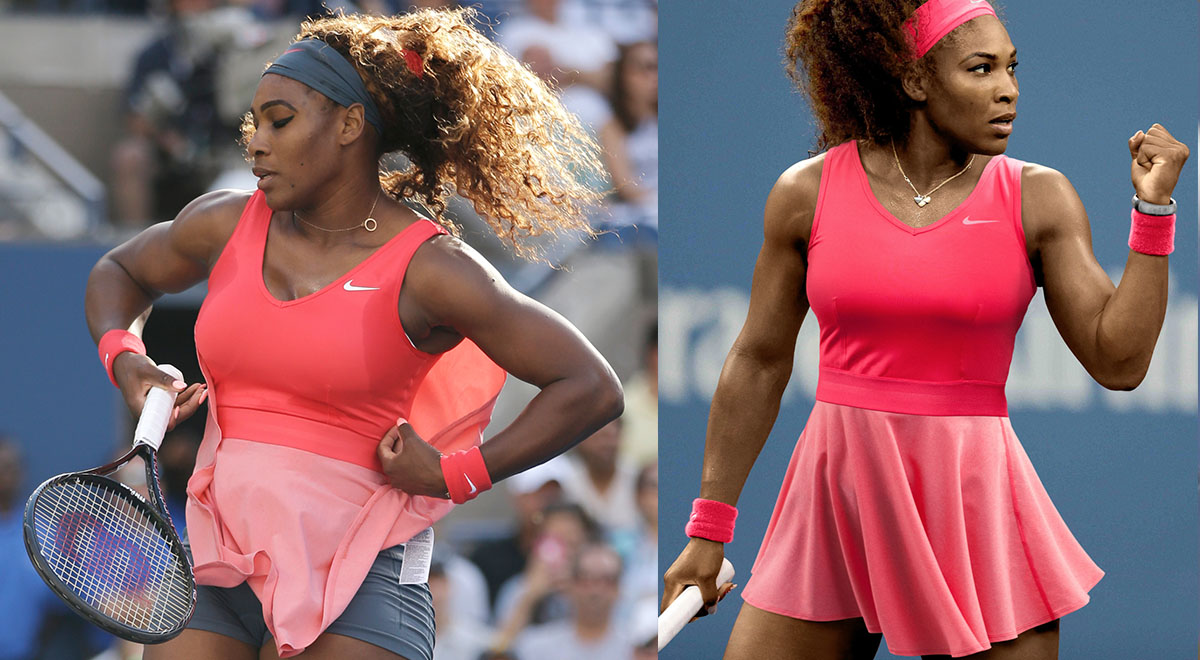 Dressed in hot pink, Serena Williams shows off her athletic figure in a two-toned form-fitting dress. Despite looking cute, the outfit allegedly wreaked havoc on the tennis player; who was seen adjusting her dress in the billowing wind. Pink must’ve been the tennis player’s lucky color as the tennis player won despite the distraction from her floaty dress. The athlete wore a simple pleated knit dress for her 2012 US Open Tournament to compete against her opponent, Victoria Azarenka. To provide the tennis player ultimate comfort, the dress was created using Nike’s DRI FIT fabric, known for its handy sweat-wicking purposes. The pleated skirt also gave Williams room to look good, and kick ass with. Every woman needs a little black dress to make a timeless fashion statement, but Serena Williams is no ordinary woman. She slammed her way to both the victory throne and our hearts in this simple ruby number dubbed the Serena Day Dress.

And since accessories are a girl’s best friend, the athlete paired her ruby dress with a matching red headband, wristbands, and at the end of the match, the 2008 US Open trophy. 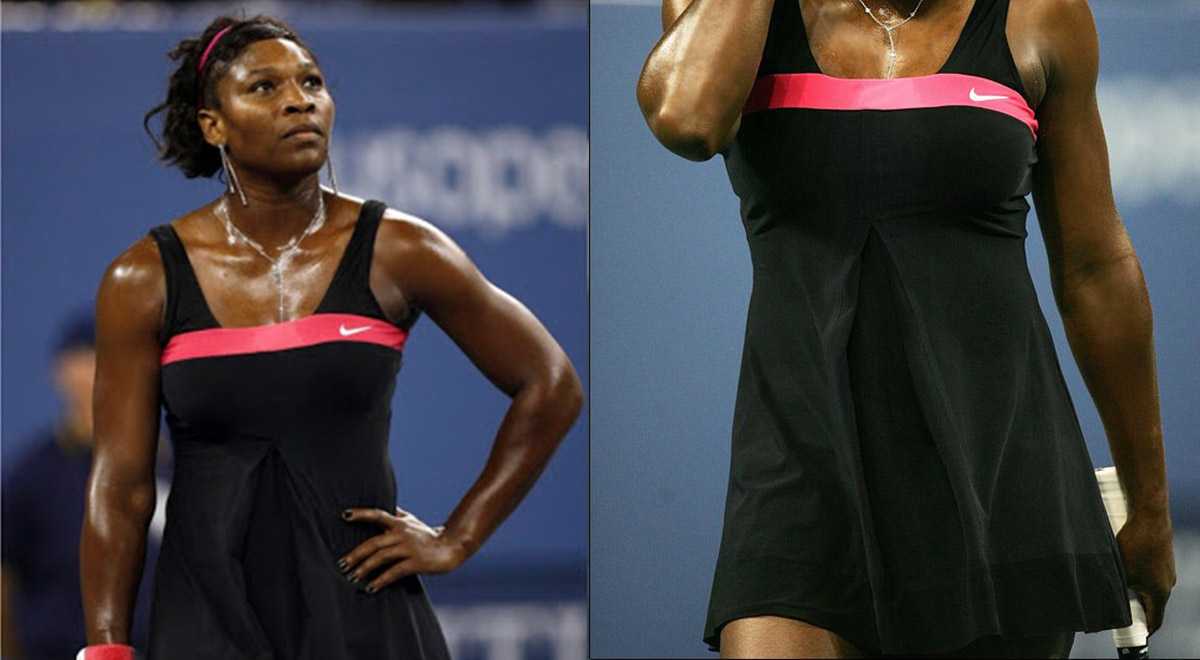 Despite sustaining a bad injury in 2006, Williams wanted to show the tennis world she was a force to be reckoned with, whilst expressing her maturity. To do this, Serena opted to wear a tennis dress with an empire cut – tight above the bust and looser below – that still showed off her athletic figure during the semifinals of the 2007 US Open.

Despite it being a simple black dress, Serena claimed to have been distracted by its pink bow during the first round of the competition. The athlete later admitted that she “wasn’t playing well at all”, and “had to blame something”. 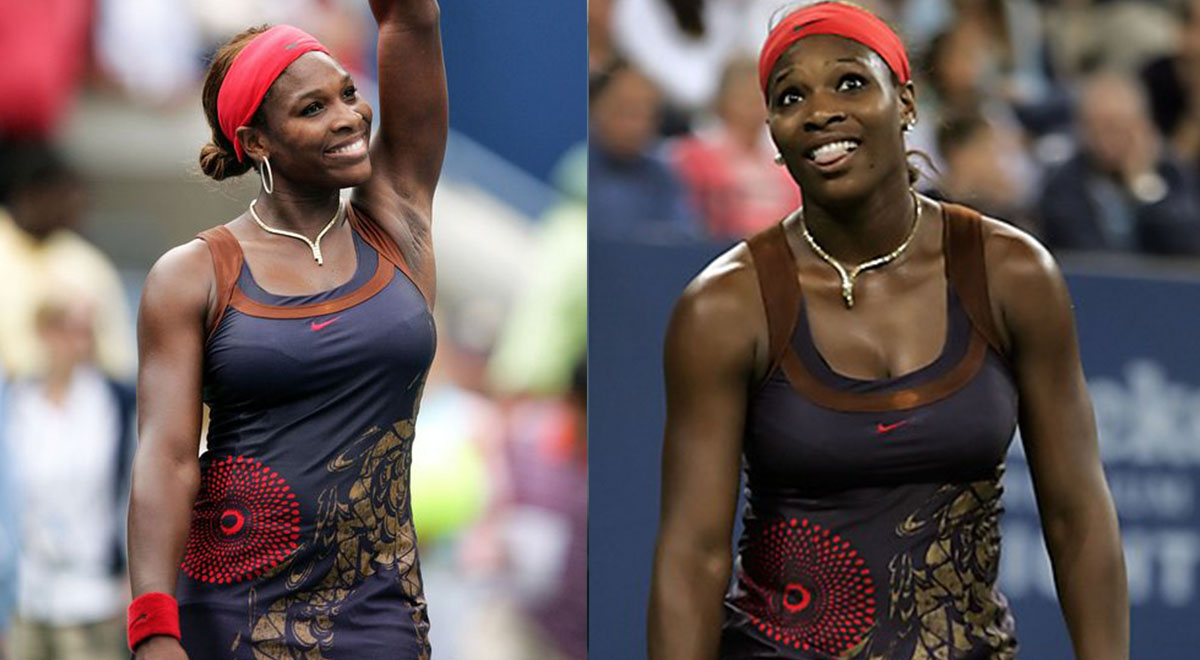 A royal dress fit for tennis royalty. The Oriental inspired ensemble made its way to the court at the 2006 US Open tournament. Unfortunately for the tennis player, 2006 proved to be a challenging year, after the athlete failed to win a medley of competitions. We all have had our bad days, but at least Williams looked good in her statement tennis outfit. 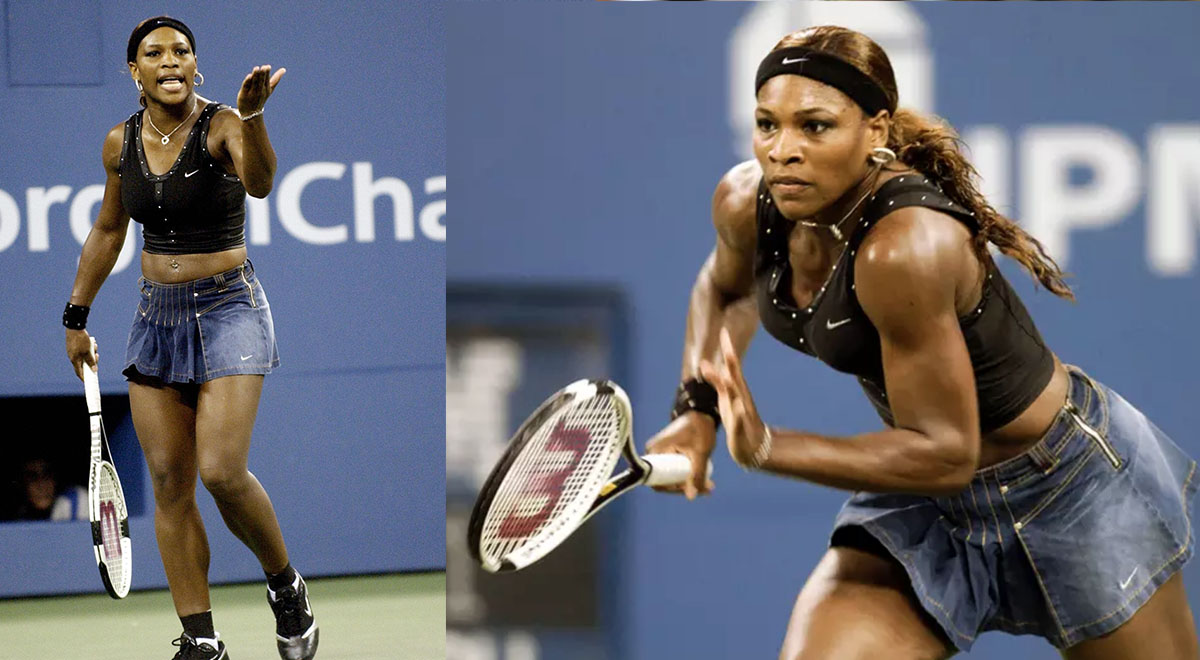 People first realized how much into fashion Serena was when she sported a raunchy two piece studded and denim outfit at the 2004 US Open. Allegedly inspired by Andre Agassi and James Dean, two rebellious figures, the flashy outfit threw conservative tennis fans off. Nevertheless, Serena’s denim court outfit grabbed the headlines of international news, allowing the young athlete to craft her persona and brand as The Queen of fashion on-court and off.

What are your thoughts on the Nike x Virgil Abloh “The Queen Collection”? Let us know in the comments section below.

Read more: Nike courts attention with new tennis shoe model released ahead of the US Open