Leaks reveal that Virgil Abloh is set to release a collaboration based on another unpopular Nike silhouette – the Air Force 1 Mid. Here’s everything we know. 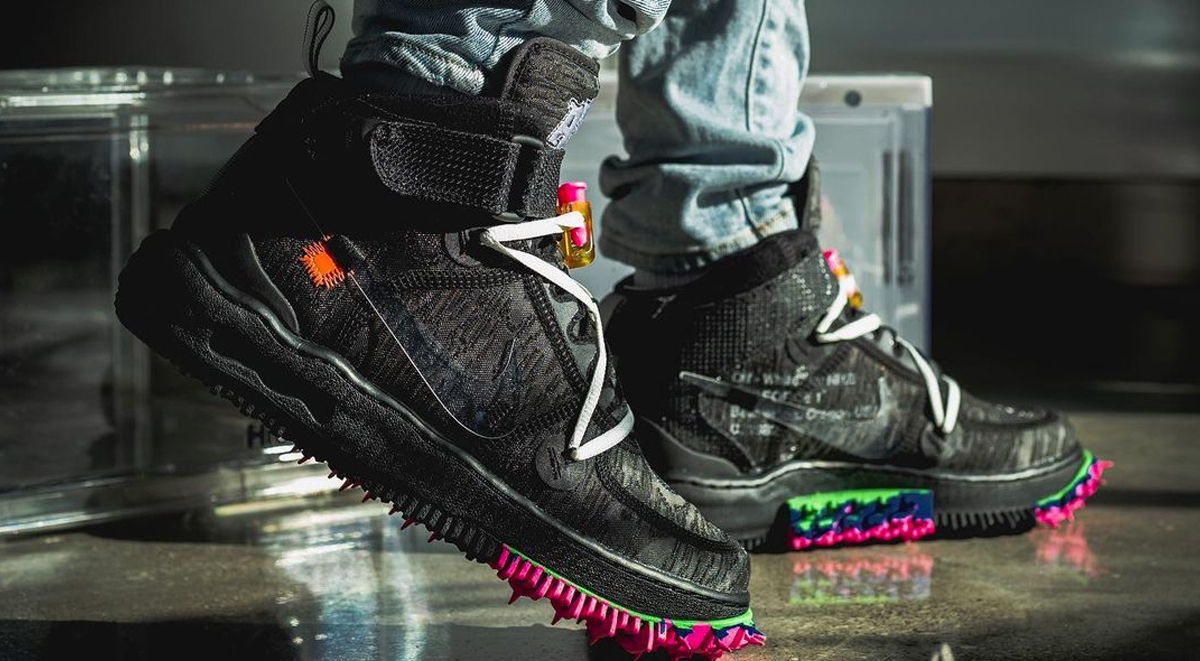 An unpopular choice: Even as we are getting new images of his upcoming Air Jordan 2, new leaks have revealed that Virgil Abloh is set to release another Off-White collaboration based on another unpopular silhouette – the Air Force 1 Mid.

Following in the footstep of Clot and Slam Jam, Abloh is giving his Air Force 1 Mid translucent panelling as suggested by the two colorways that are set to release: “White/Clear White” and “Black/Clear Black”.

Contradictory mock-ups of the sneaker have begun to pop up. On one hand, the mockups from @Py_rates suggest that the sneaker will remain relatively unchanged but with the addition of translucent panels and signature technical specifications on the medial panels. However, @ph__community revealed early sketches of the collaboration and rendered a complex mockup which includes spiked outsoles, exposed air units, revamped ankle collar and strap and added lace loops.

Would this be enough to revive interest in the Air Force 1 Mid? The shoes shares a similar fate as the Air Jordan 1 Mid, which is that sneakerheads tend to prefer the high and low top variants, leaving AF1 Mids sitting on shelves. We wonder if Virgil’s take on the AF1 Mid could be the Midas’ touch it needs.

Get your history right: Why the Air Jordan 1 Mid is worth a shot

Buy here: According to the leaks by @knowing_kicks, the Off-White x Nike AF1 Mid is set to drop sometime in April 2022 while intel from @py_rates suggests that it will retail for US$185.