And from the looks of it, the sneaker will sport a red and white Nike Air tag on the shoe tongue, and bold stitching around the silver Nike swoosh.

The Nike Air Force 1 shoelaces have also been given a Fall 2017 Off-White makeover, with the word “shoelaces” emblazoned across – instead of the plain black laces Virgil first previewed during his lecture at Columbia University on February 6.

According to Vogue, the upcoming collaboration will feature two sneaker designs: a men’s high top that “looked a lot like a pair of Air Jordans”, in addition to a re-attached Nike swoosh design. The sneakers will reportedly come in two colorways: White/Black as well as Black/Foil.

Additionally, Virgil Abloh’s Instagram post (pictured above) bore the word “temporary” in its caption, which suggests, perhaps, that the previewed sneaker design is subject to further changes. 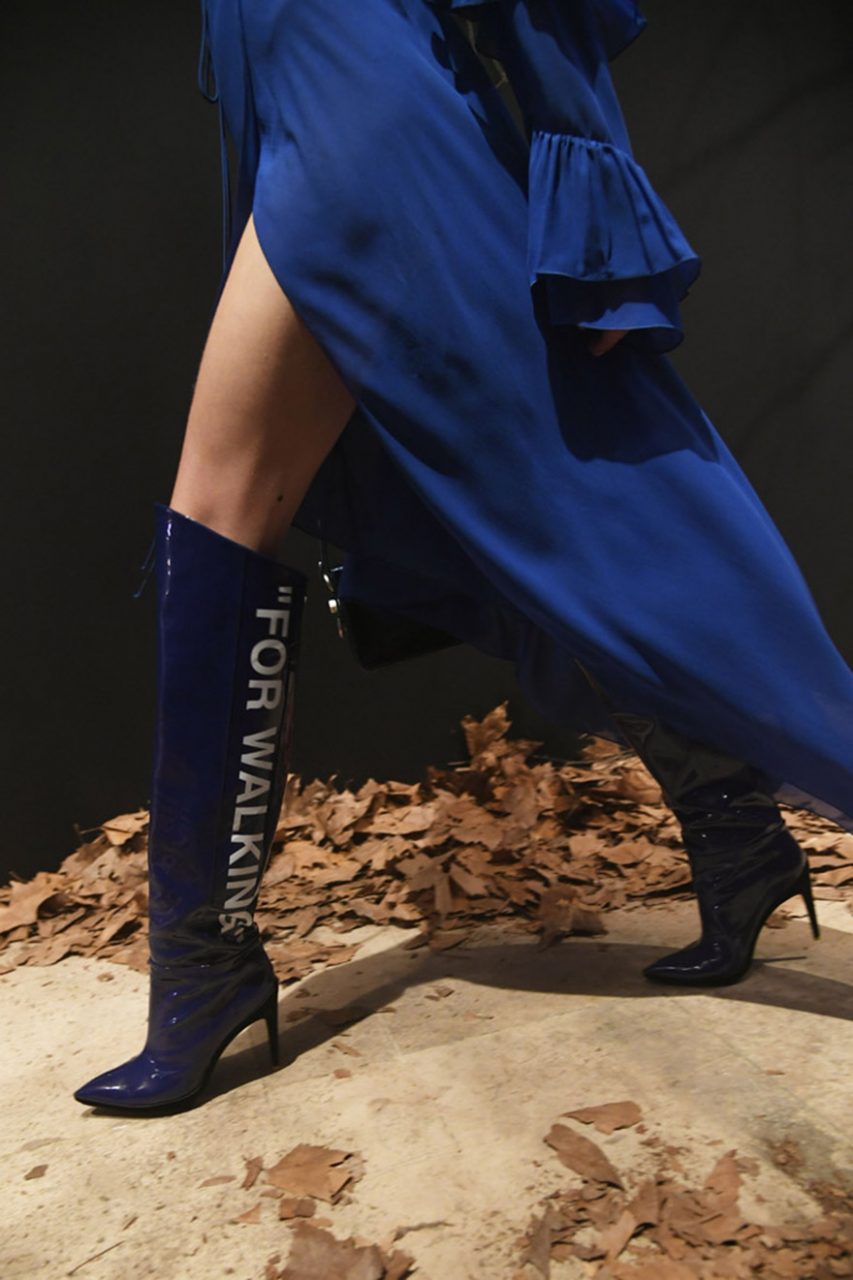 No much else is known about the collaboration, but stay tuned to Straatosphere. We’ll release the information as soon as we know more.