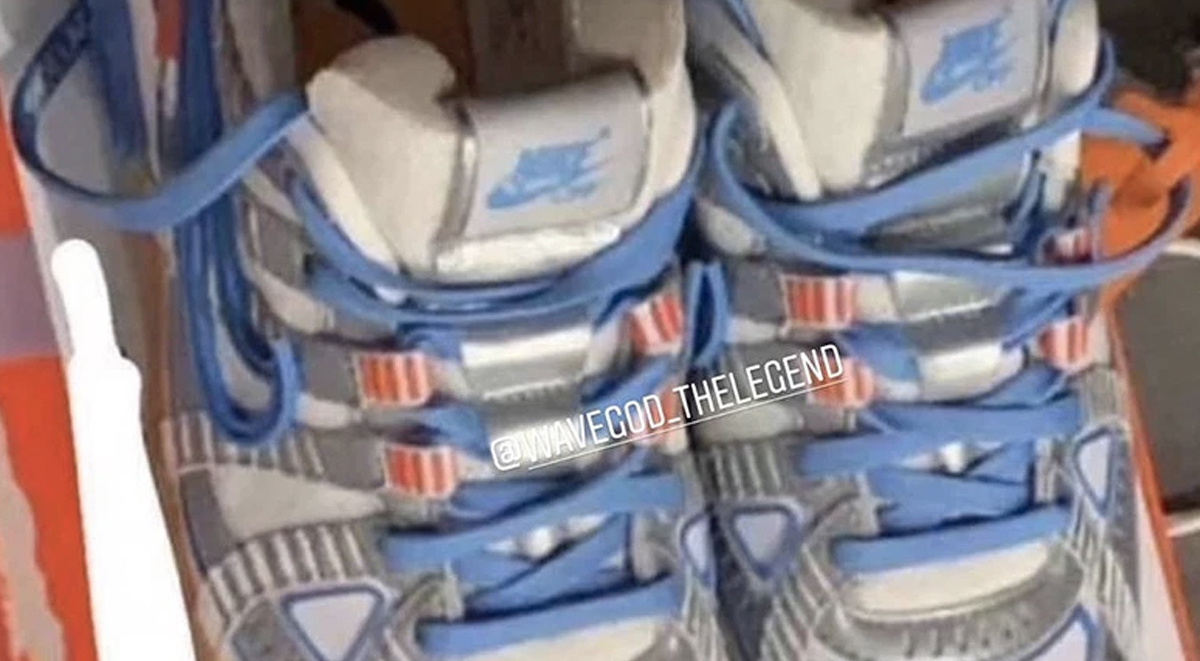 The Off-White x Nike Rubber Dunk was unveiled in February and is slated to debut at the 2020 Olympics. 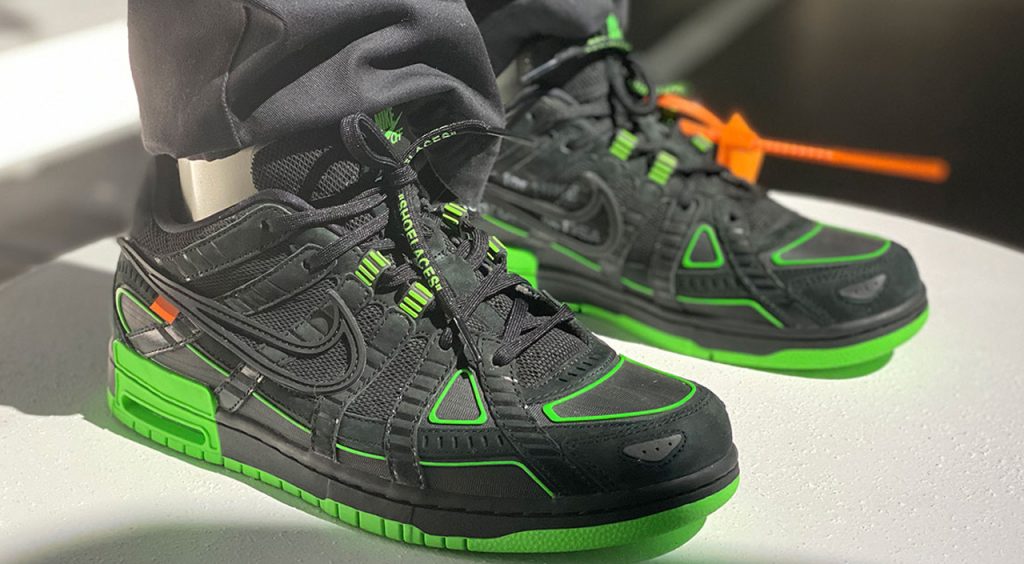 The new Off-White x Nike Rubber Dunk colorway is an interesting mix of blue and orange on mostly silver uppers.

The Off-White x Nike Rubber Dunk first made its debut at New York Fashion Week in an eye-catching black and green colorway. The sneaker fuses the layered look of 90’s runners and the silhouette of the Nike Dunk Low. Virgil’s hybrid creation is slated to debut at the 2020 Olympics in three colorways. Now an additional colorway has surfaced that combines white, light blue, orange and silver. It clearly gives off an early 2000s vibe. The sneaker’s white base is overlayed with silver leather panels that run from the midsole to the eyelets. Light blue accents outlining the toe box and on the Swooshes and laces complement the base colors, while hits of orange on the eyelets and insoles add contrast.

Staying true to the deconstructed theme of the earlier Off-White x Nike sneakers, the Off-White x Nike Rubber Dunk will have a chunky tongue with exposed foam. At the top of the exposed tongue is a silver leather tab with “Off Nike” branding in light blue.

This iteration of the the Off-White x Nike Rubber Dunk will come with a gum outsole – a fan favorite.

At the moment no release date or official images have been released, so stay tuned for more updates!